Michael Jackson’s signature military-style jackets and single-handed Swarovski crystal-studded gloves undeniably constitute an integral part of his persona. That said, the single most iconic part of his outfit is the black fedora, which he wore not only on stage, but also in his everyday life from the beginning of the 80s until the day of his death.

The first time Michael Jackson wore the black hat in public was at Motown Records’ 25th anniversary, where he sang his brand new hit “Billie Jean”. The song, as well as the album “Thriller” on which it appears, became a worldwide success. Even today, it is the best-selling album of all times.

Michael Jackson later regularly ended live performances of the song by throwing his hat into the audience after singing the last line “Billie Jean is not my lover.” In all of his tours, he threw a total 329 fedoras into the ecstatic crowds.

Here’s a breakdown of the total number of fedoras (one per show):

Combined with his other performances, a total of 335 hats were taken by the fans. The six other shows that were not part of a tour are the following:

Although the majority of the hats caught by fans at concerts have either been destroyed or so badly worn as to be practically unrecognizable, the black fedora is still the most frequently encountered piece of Michael Jackson memorabilia at auctions.
The King of Pop was so much taken with these secret agent style hats that they became an integral part of his everyday life. What is more, even his backup-dancers wore fedoras identical to his. According to a conservative estimate, there were at least 150-200 other black fedoras besides the stage-worn Billie Jean hats, which Michael Jackson used in his everyday life. He donated every one of them to friends, guests, and charity organizations. Today, these hats are typically sold at $4,000–$12,000 at auctions.
Thanks to its frequency and its selling price, the fedora has become a favourite item for counterfeiters. 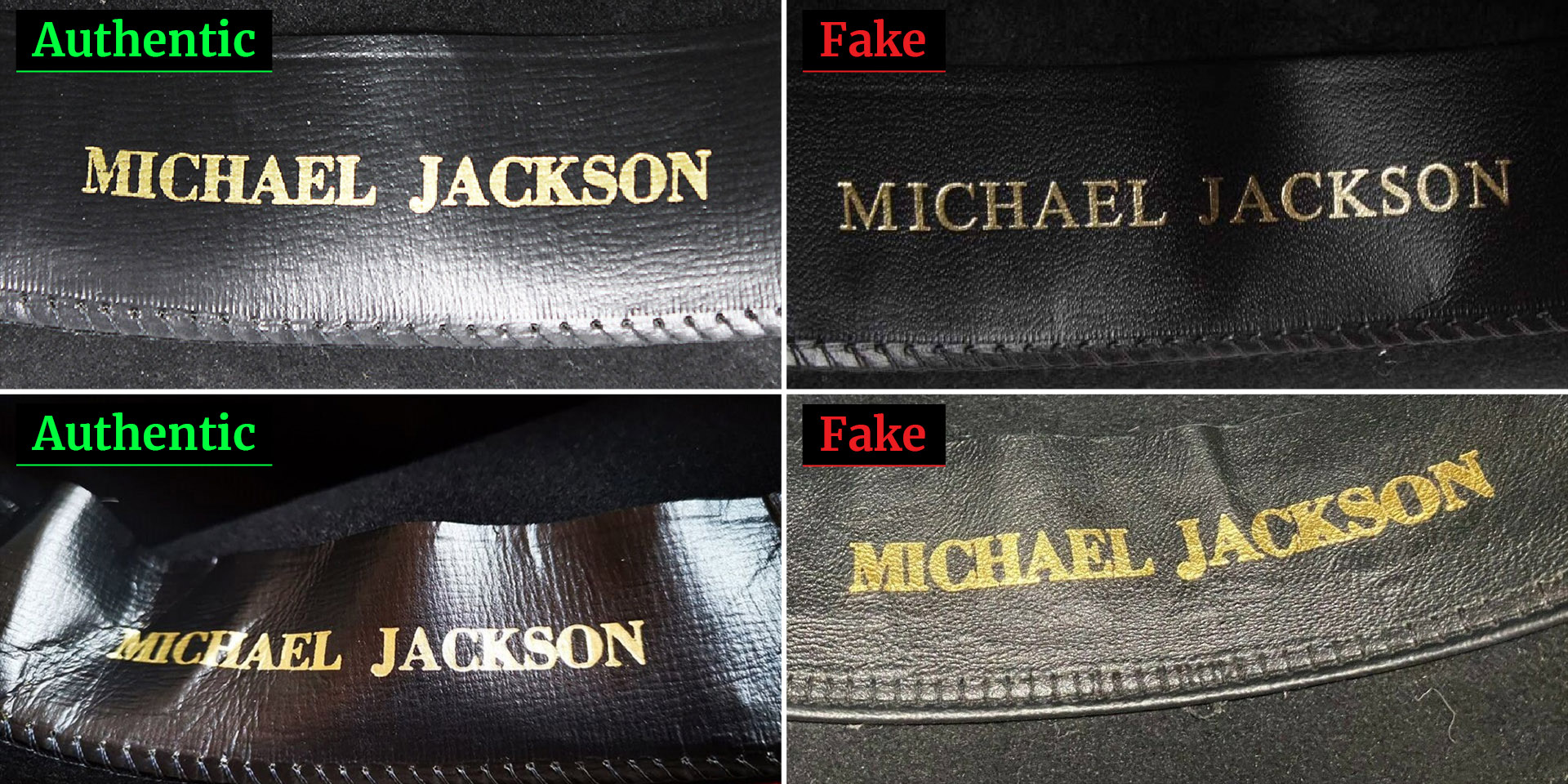 However, by paying attention to the following details on Jackson hats, you can avoid falling for fake items. Original Michael Jackson fedoras have ALL of the below characteristics: