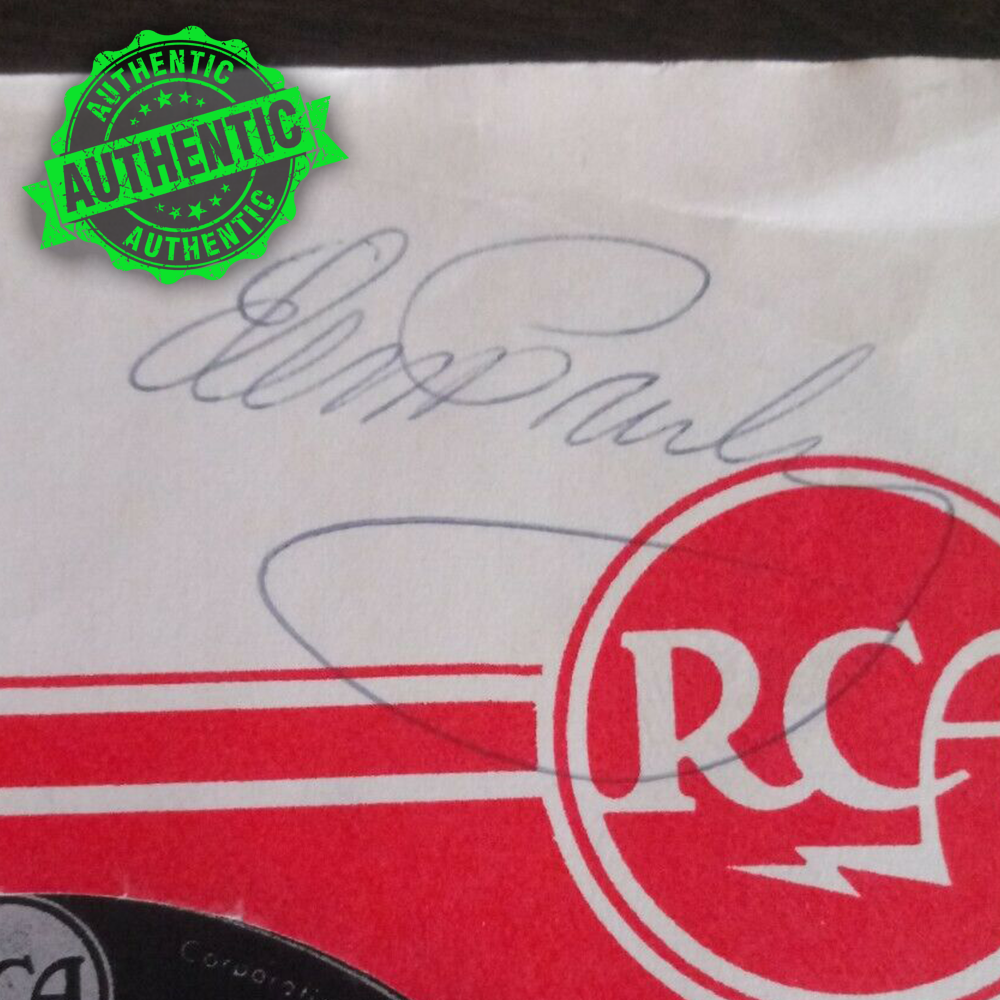 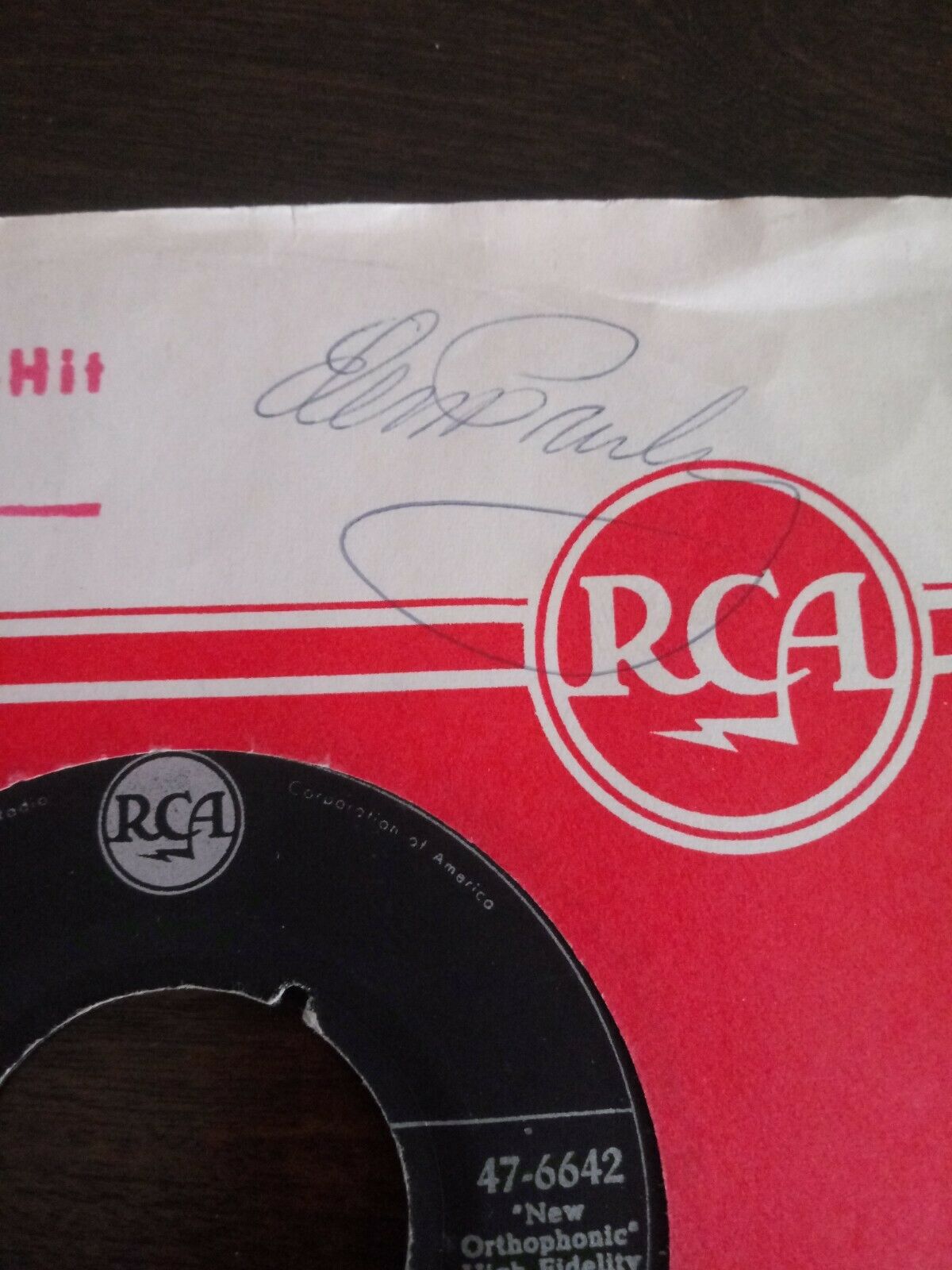 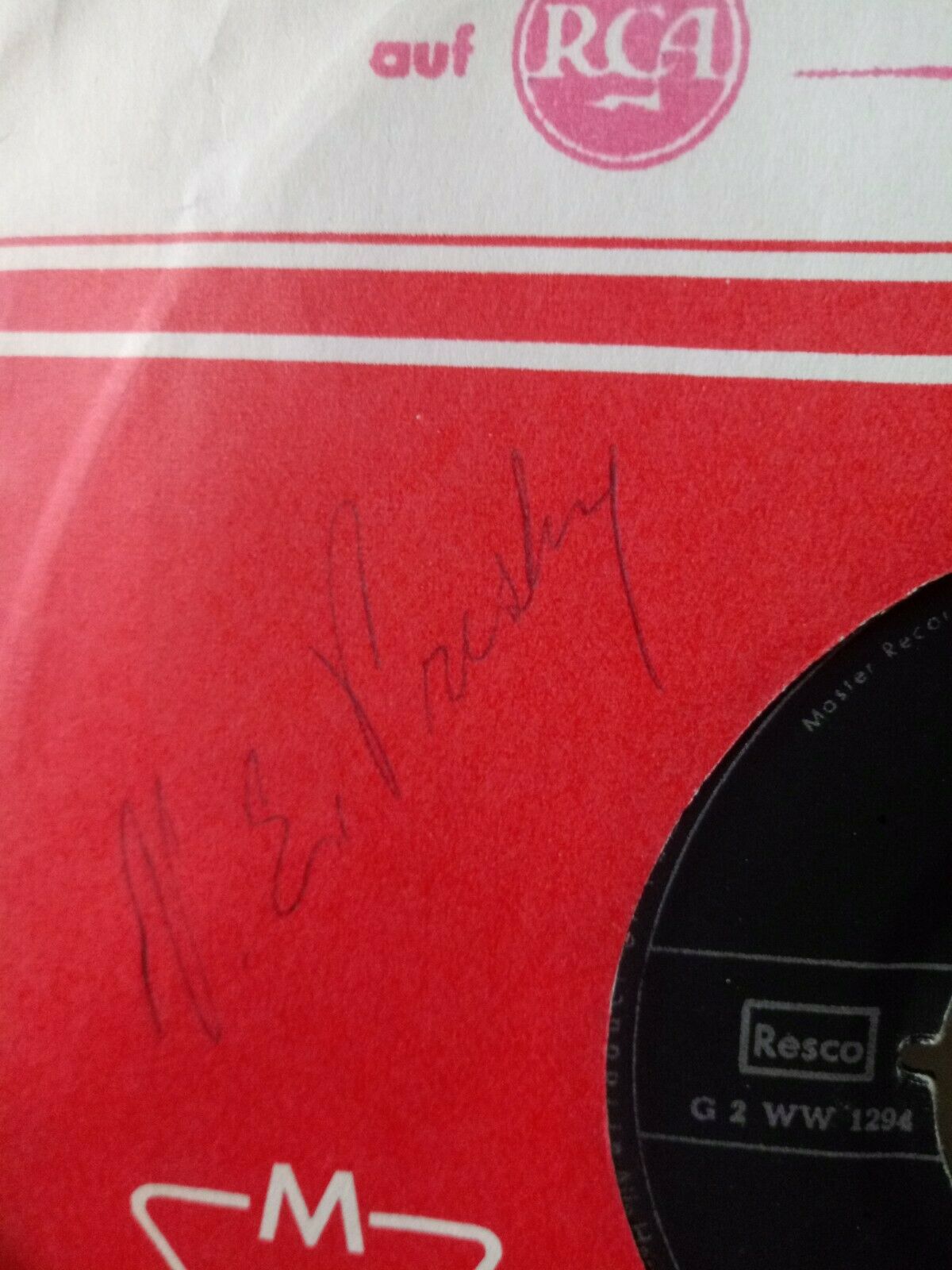 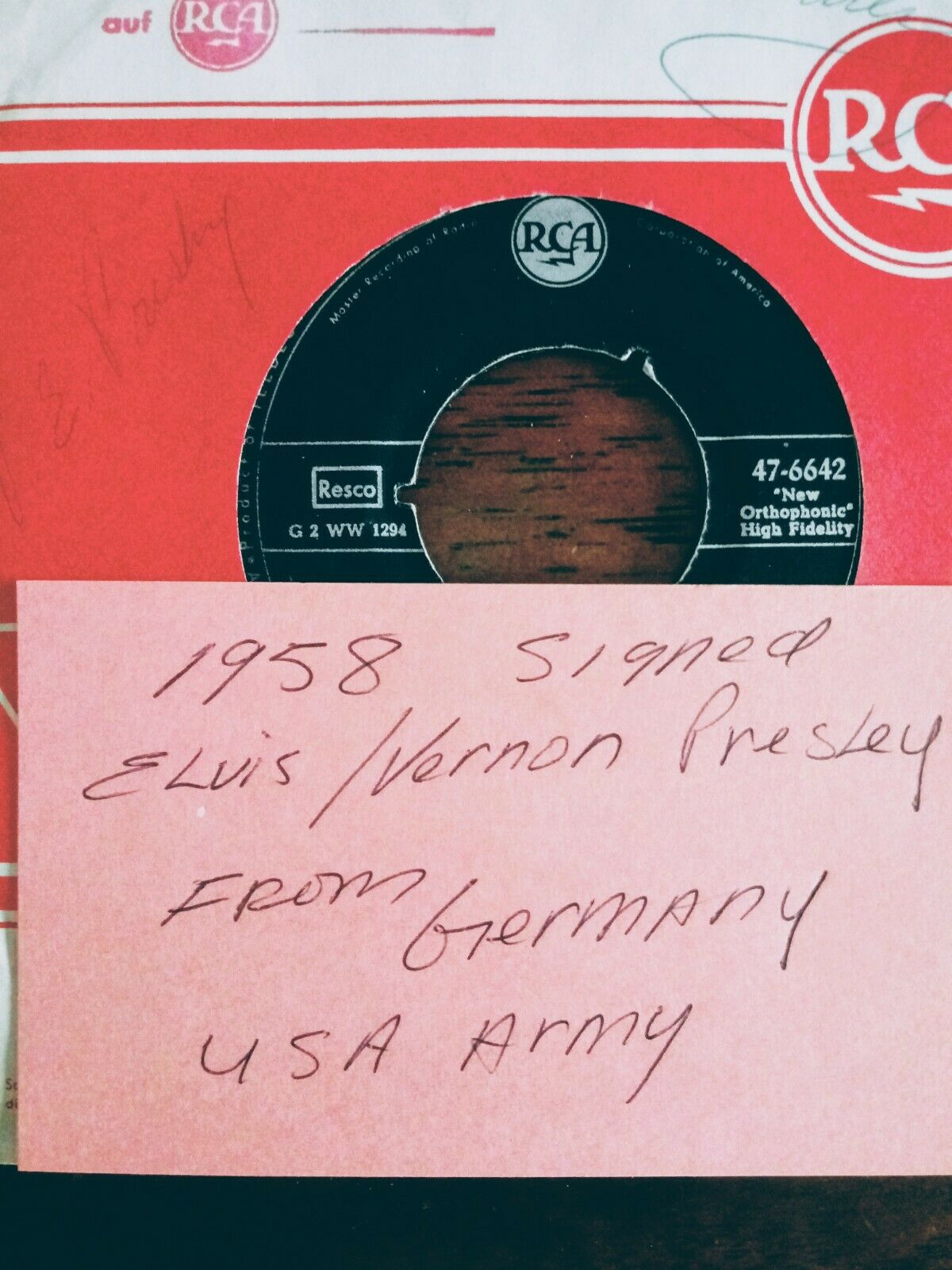 Extremely rare, believed to be a one-of-a-kind memorabilia signed by both Elvis and his father Vernon Presley on a record sleeve in blue ink. The record (Shake Rattle And Roll) from Germany is also included. The autographs were obtained in Germany while Elvis and his father were stationed there in 1958. The person that obtained the signatures from them then placed it in the Wetterau Museum in Friedberg, Germany. After many years of residing in the Museum, it was then sold.