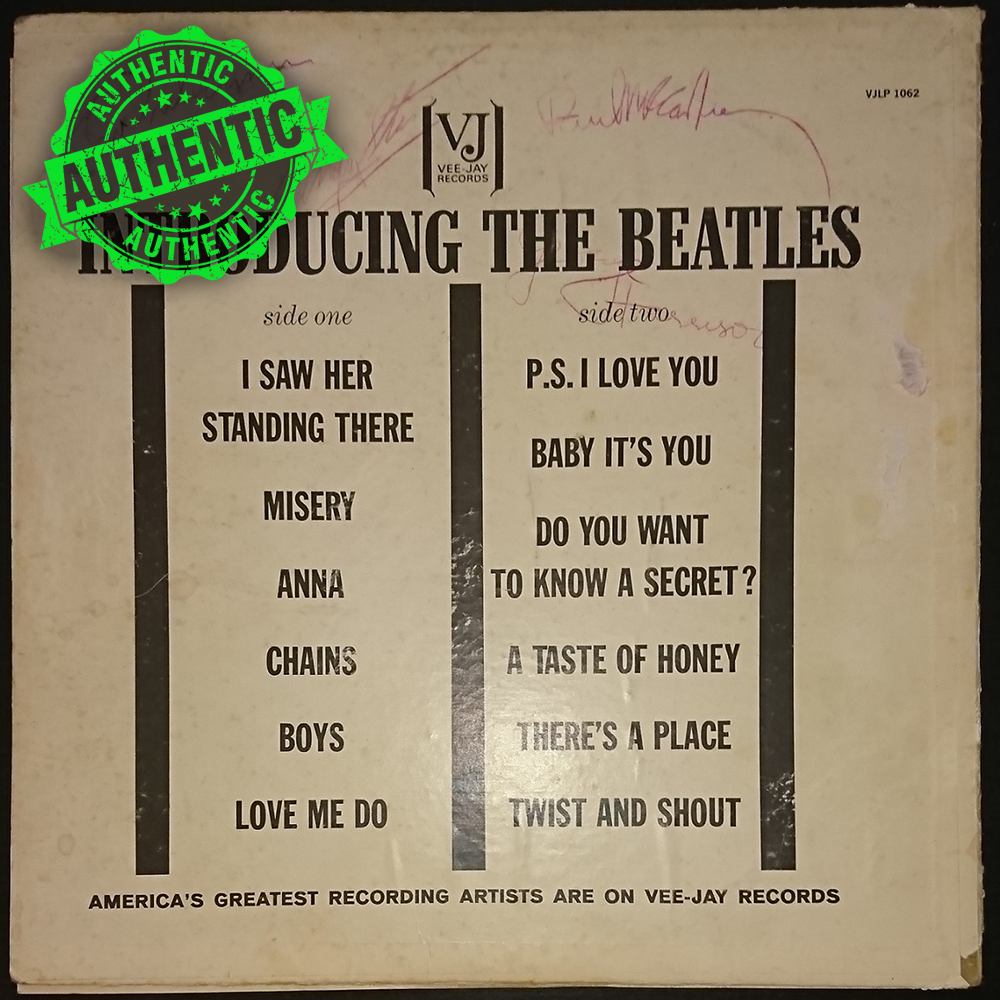 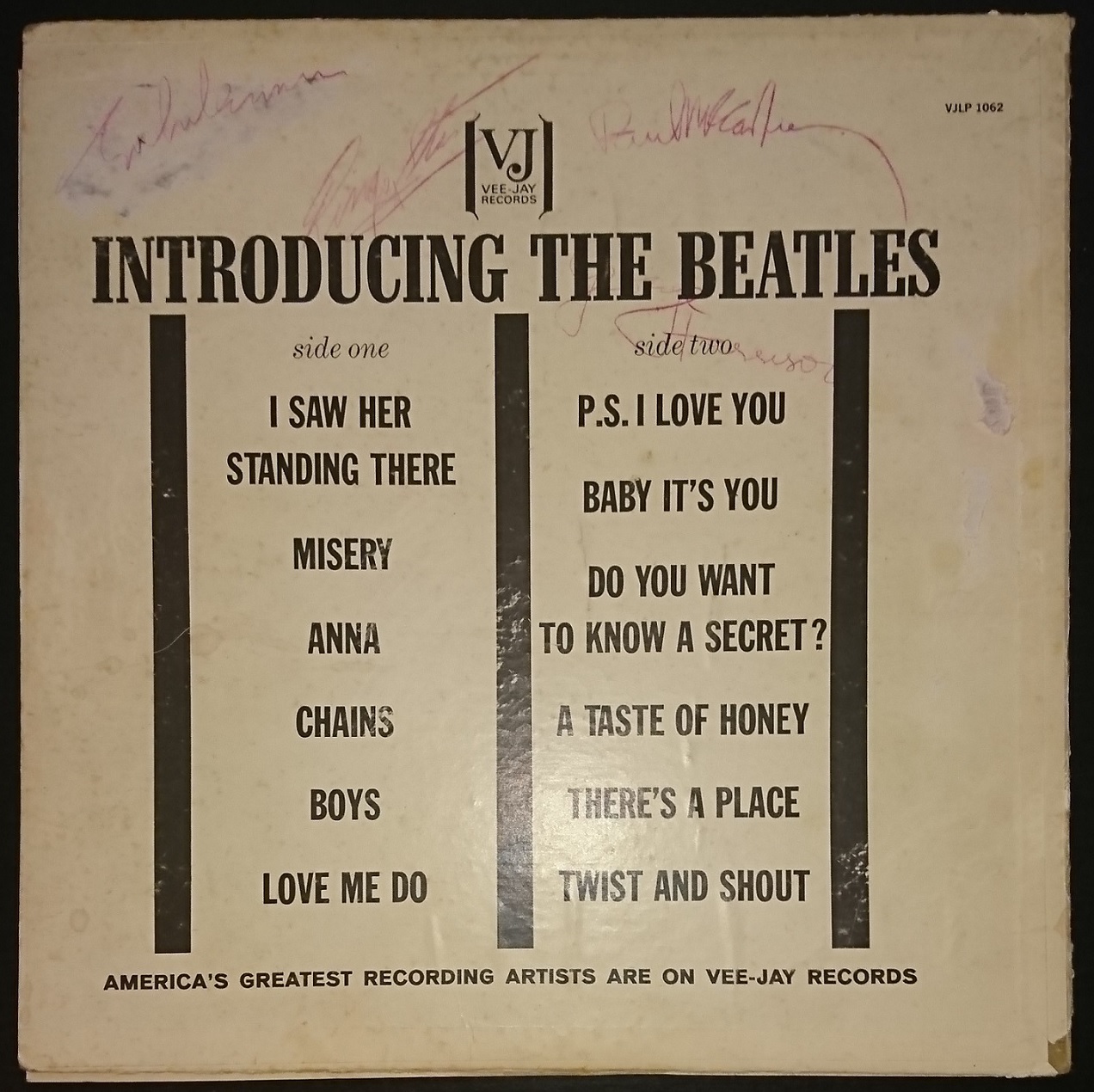 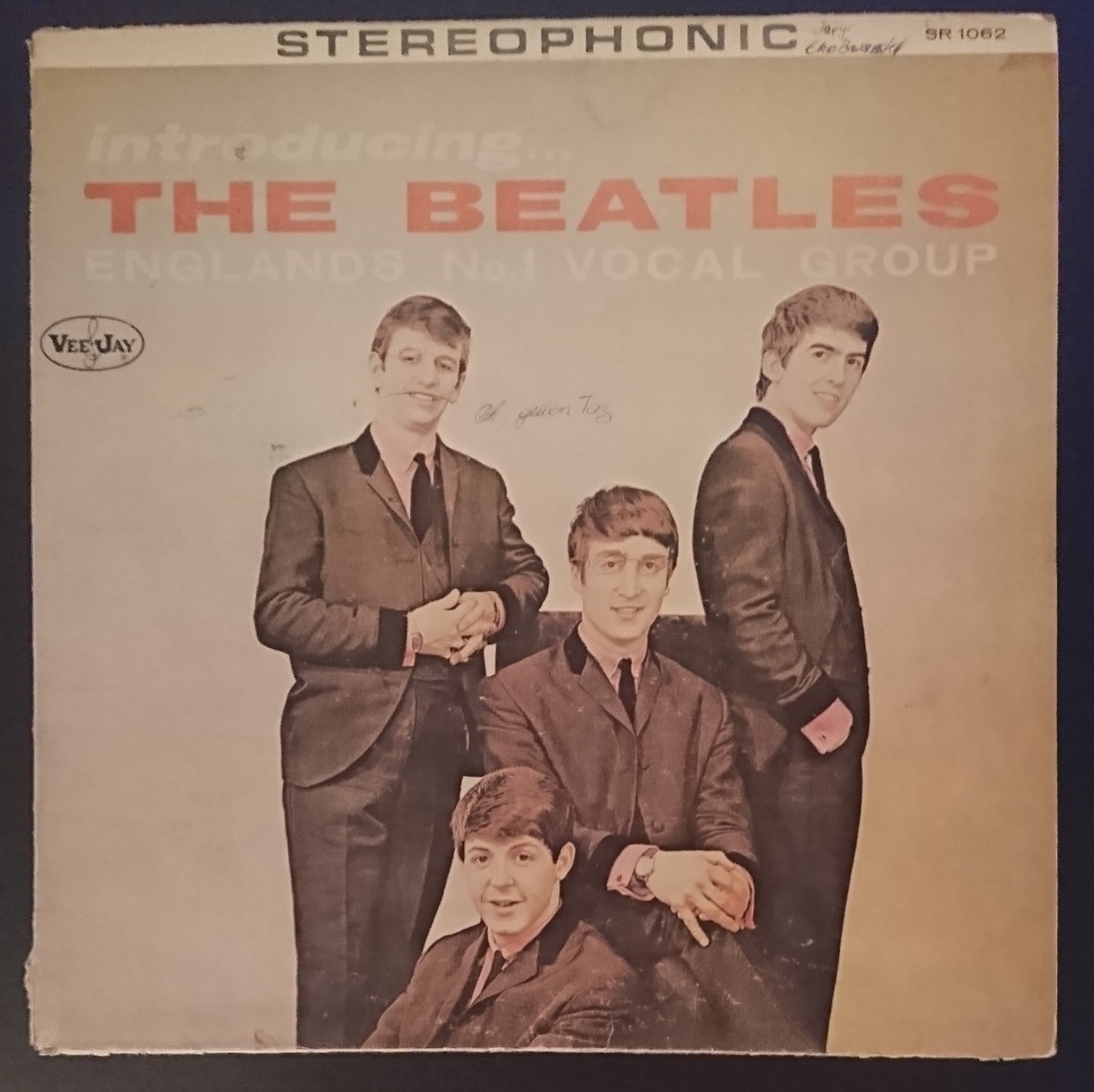 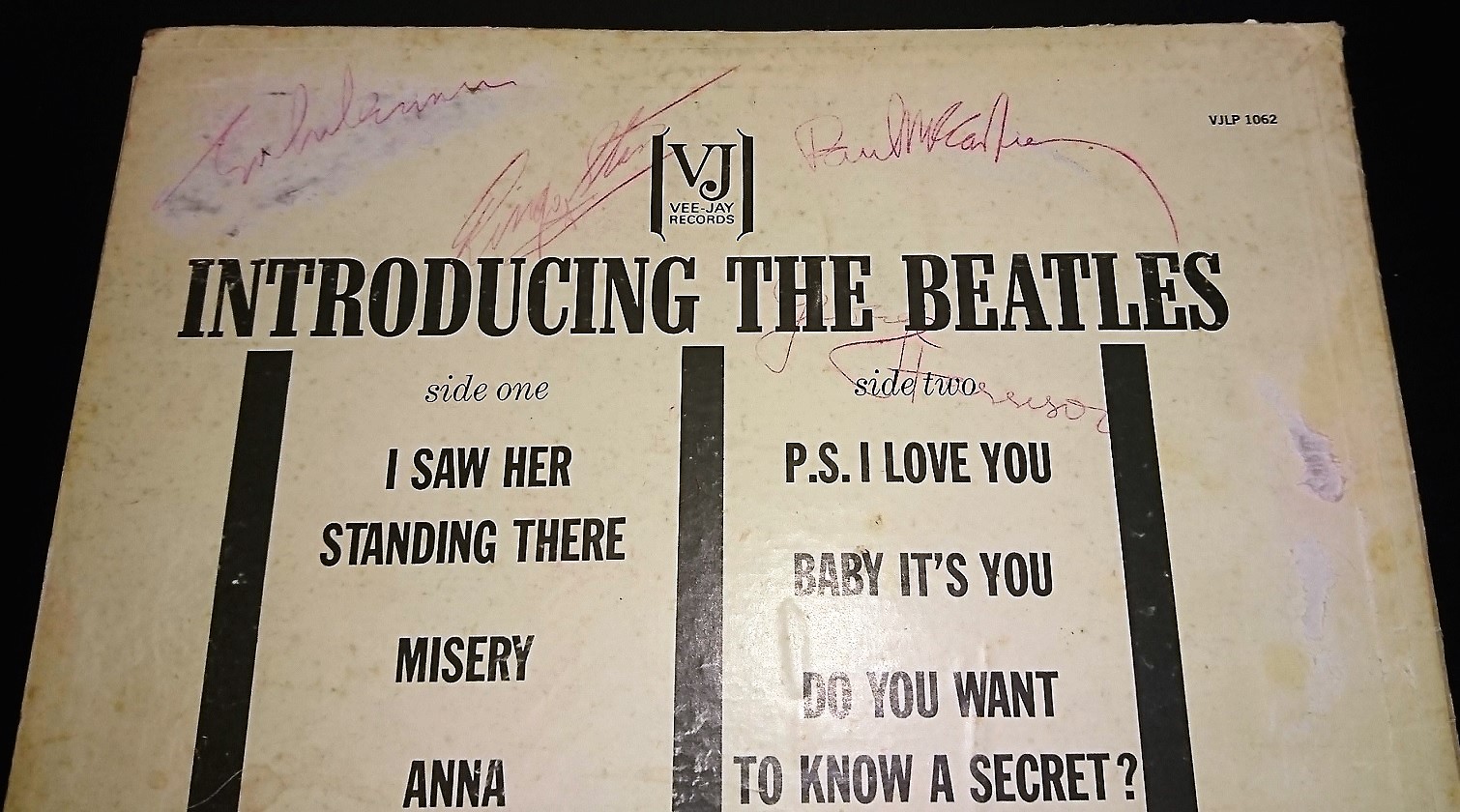 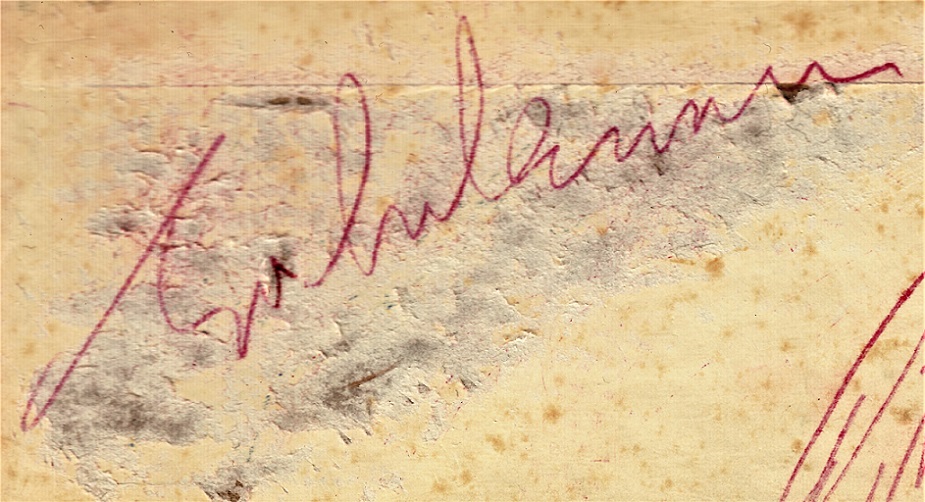 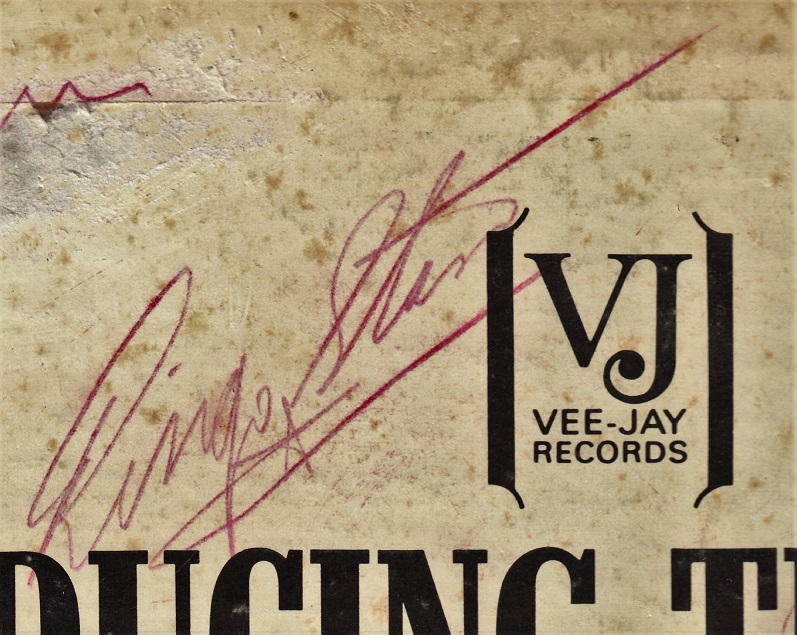 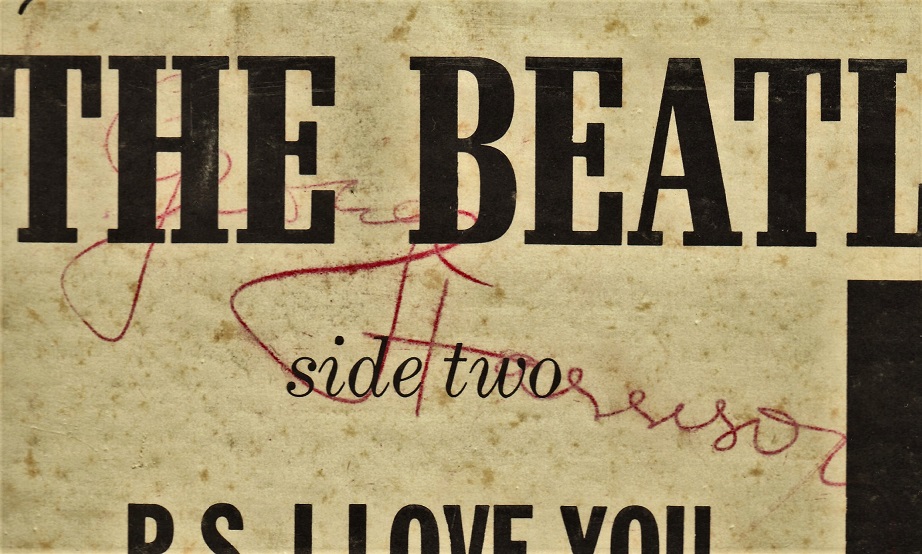 Full autographs of all four members on Vinyl Record 'Introducing...The Beatles'. (VJLP-1062, Stereophonic SR 1062). The autographs were collected in Obertauern / Austria on March 18, 1965. The signatures are based of age a little bit faded and signed with a red charcoal pen. The vinyl record is in good condition, but the cover is damaged (open at the top and button)
Provience: Two girlfriends (Karin + Renate) were on vacation in Obertauern and The Beatles were filming at that time in the village. Karin and Renate stayed in the Hotel ' Marietta'. The Beatles didn't live in this hotel, but occasionally played a few songs in front of the hotel bar, because the film-crew stayed in this hotel. Karin wanted to have an autographs on a record, but there was no record store in Obertauern. They drove to Radstadt and looked for a record store. Only one Beatles vinyl record to buy in this store. (this Introducing...The Beatles)
Renate took the liberty of joking and provided the cover of the vinyl record with two signatures. Karin wanted only the Beatles' signatures on the vinyl record. She bought a razor blade and scratched off the signatures from Renate (top left and right in the middle, John Lennon signed exactly later at this point). On March 18, someone from the film crew celebrated his 33rd birthday (I think Clive Reed the director assistant) and the Beatles played a few songs at the Hotel Bar 'Schistall'. Before the Beatles started playing, Karin asked the Beatles to sign the cover of the vinyl record.