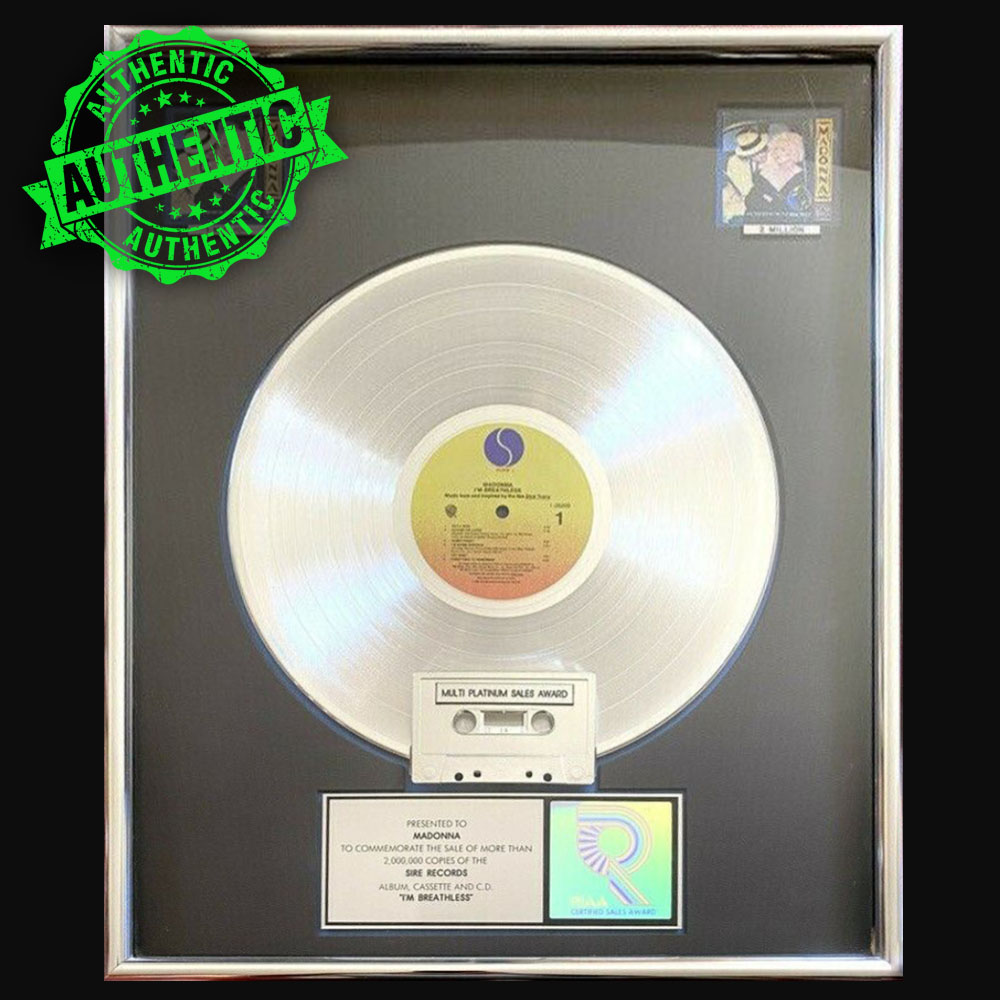 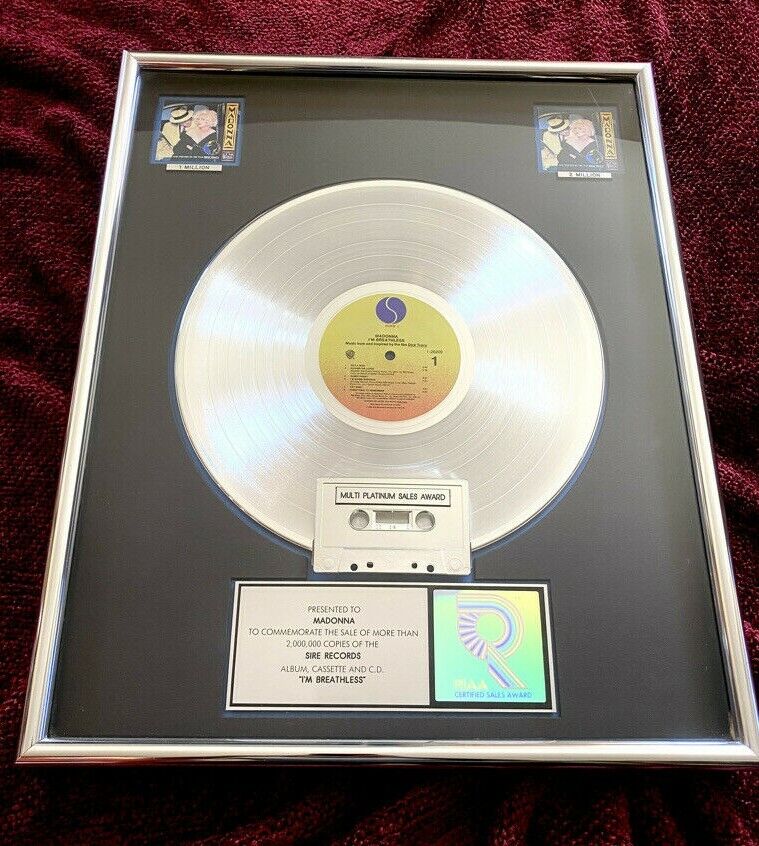 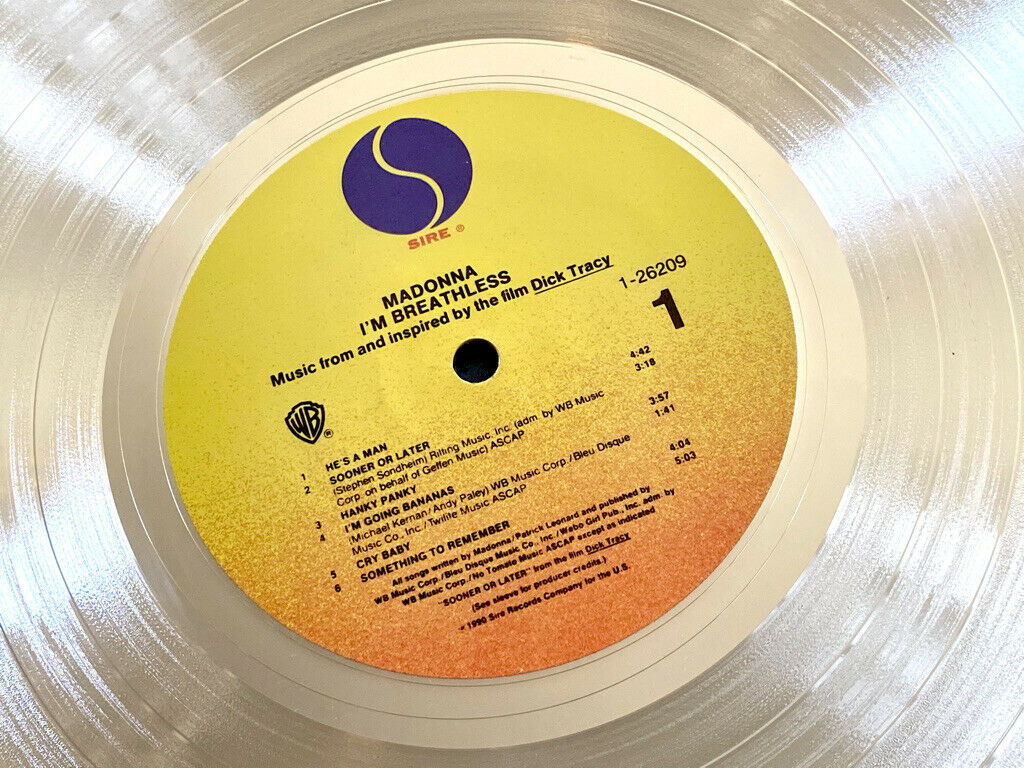 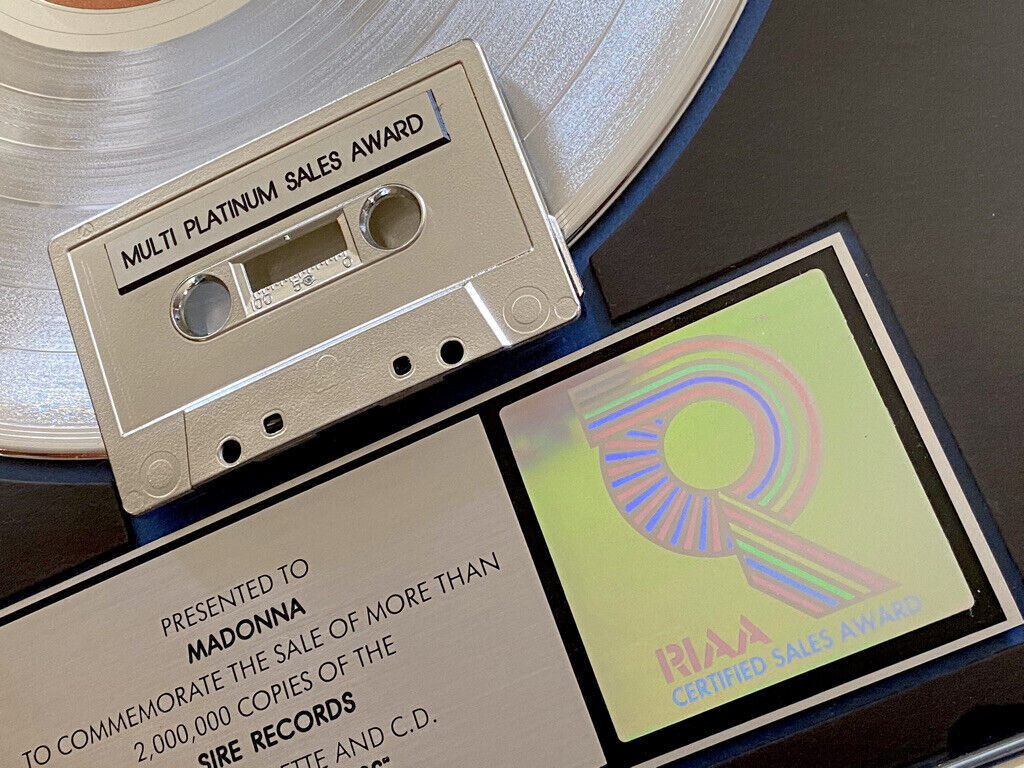 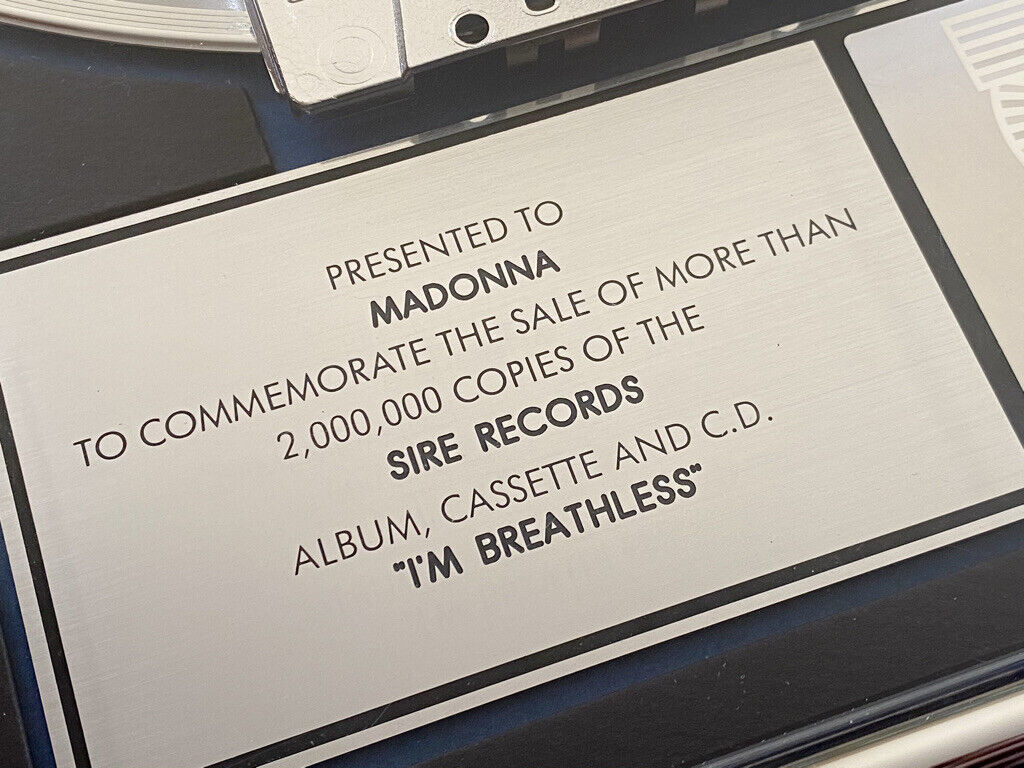 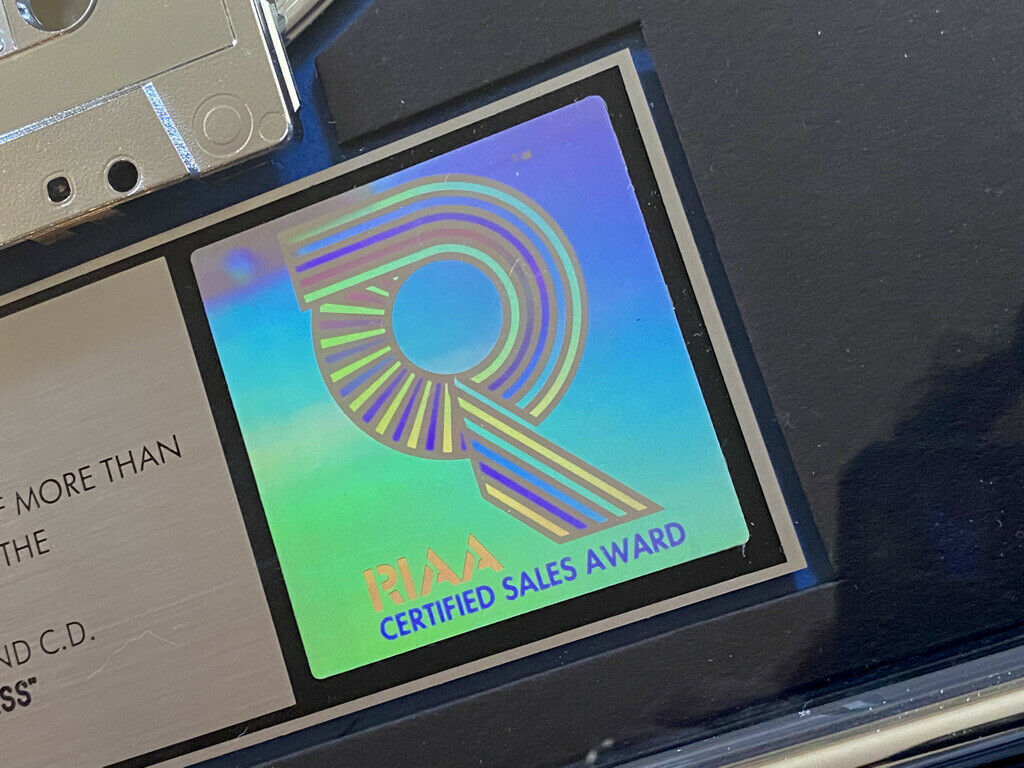 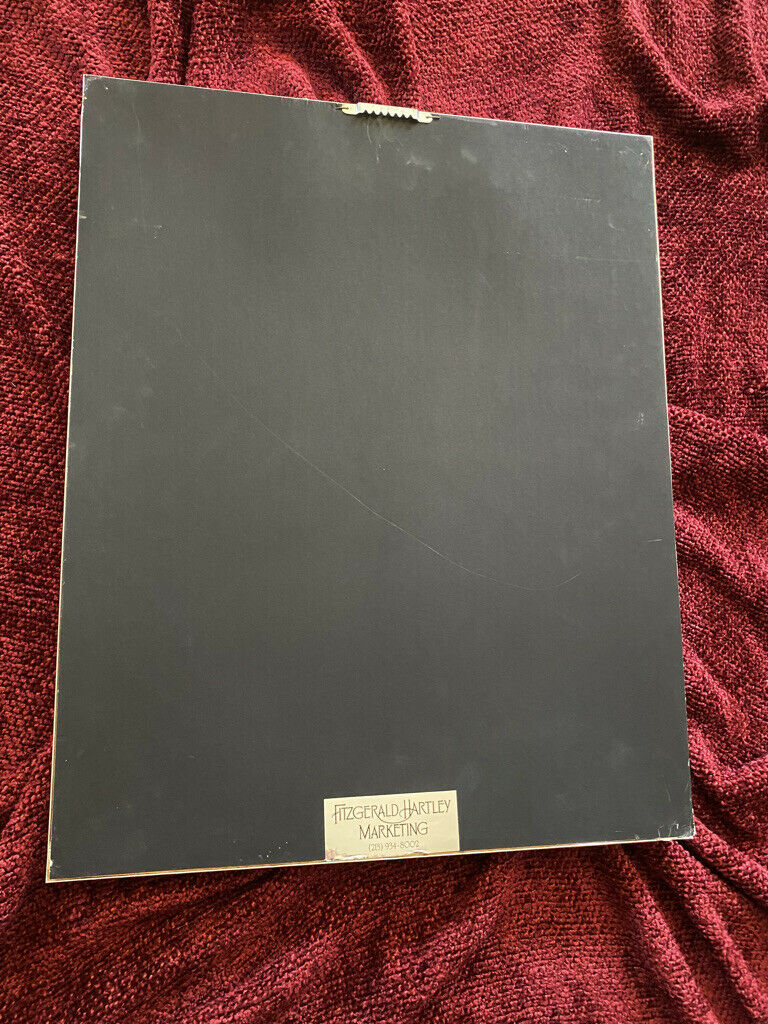 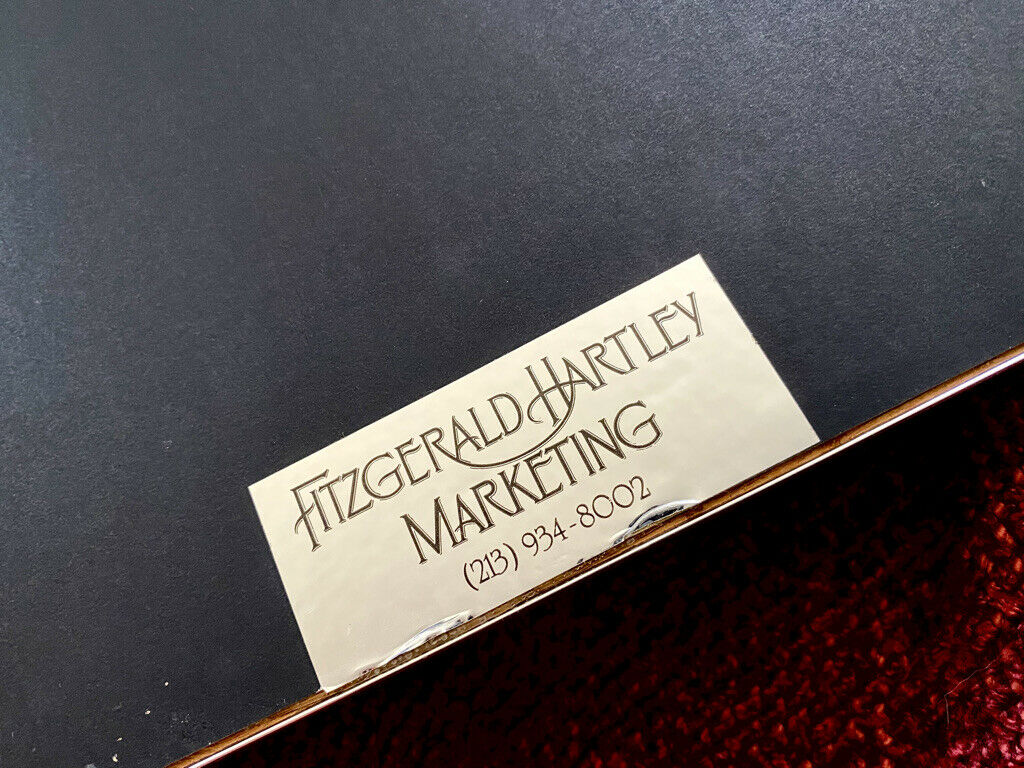 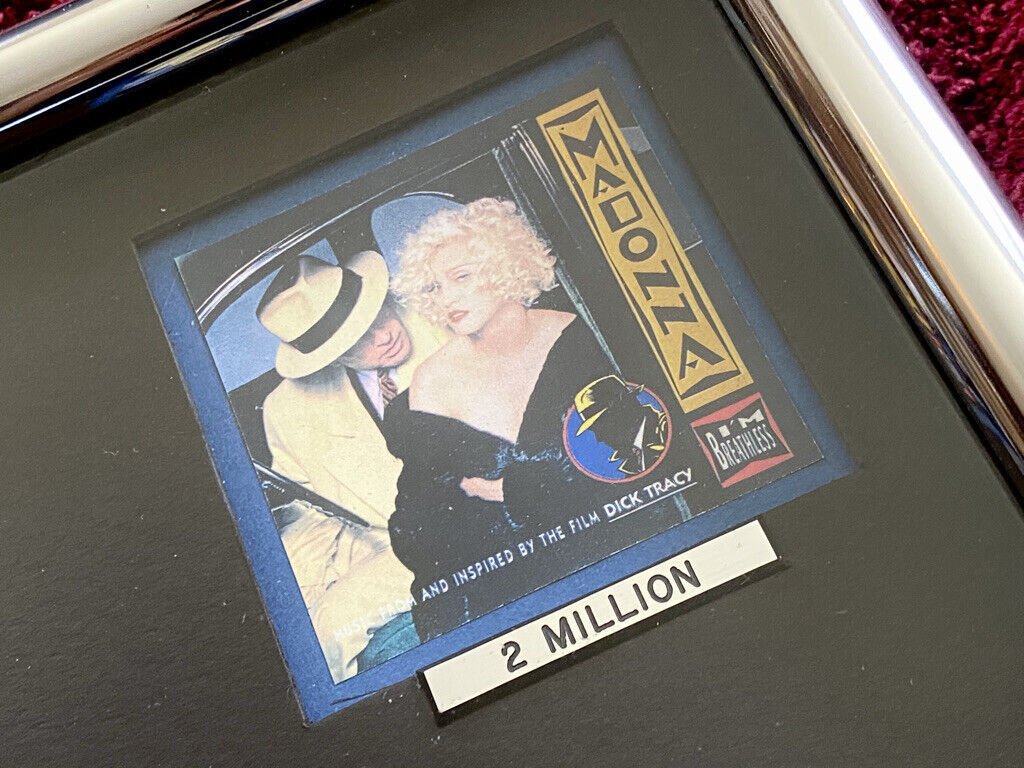 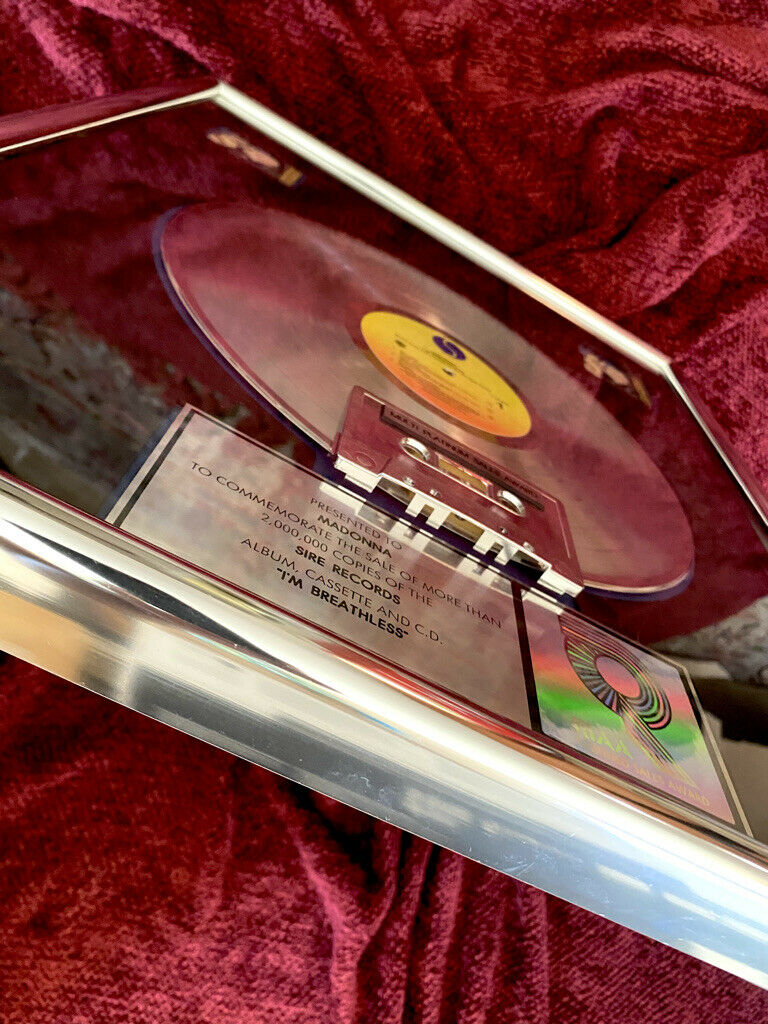 Here you have an official RIAA Award Plaque presented to Madonna for the I'm Breathless album for the Dick Tracy Soundtrack by Stephen Sondheim. Many more amazing names can be attached to this release, including Patrick Leonard, Warren Beatty, Shep Pettibone and the Iconic Single of VOGUE, all supported by the Blond Ambition World Tour.
This 2 MILLION Record Award is in outstanding shape for this 30 year anniversary release. Includes Platinum Record, Cassette Tape and Plaque Presenting it to Madonna. Of course the RIAA hologram award. The back has the official stamp as well, which is very hard to come by. On each corner you have the 1 MILLION & 2 MILLION with album picture. All of it housed in Platinum Silver Frame. The award is in excellent if not Mint Condition.

100%
Found 103 Memorabilias
Sort by: From Z to A
Newest first Oldest first From A to Z Best rating