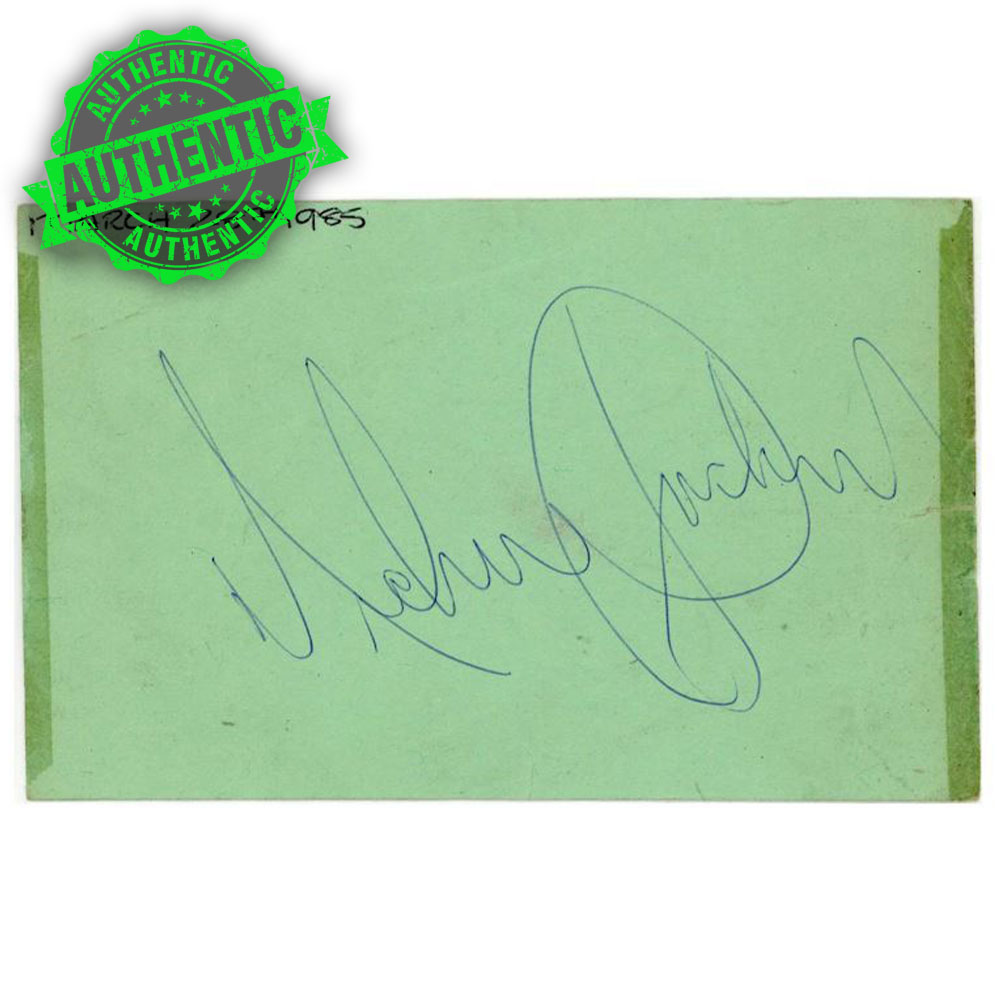 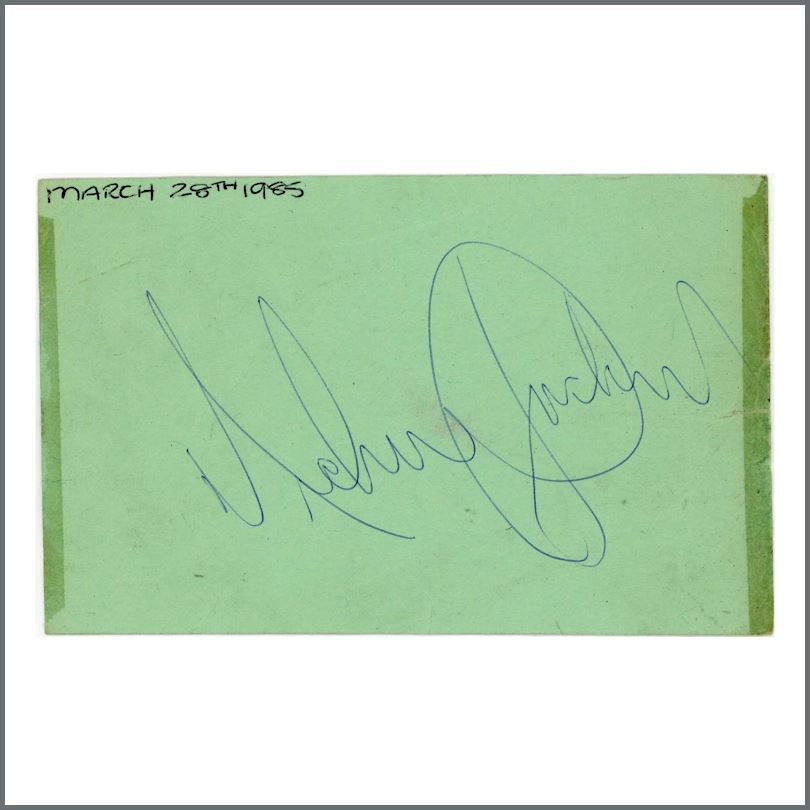 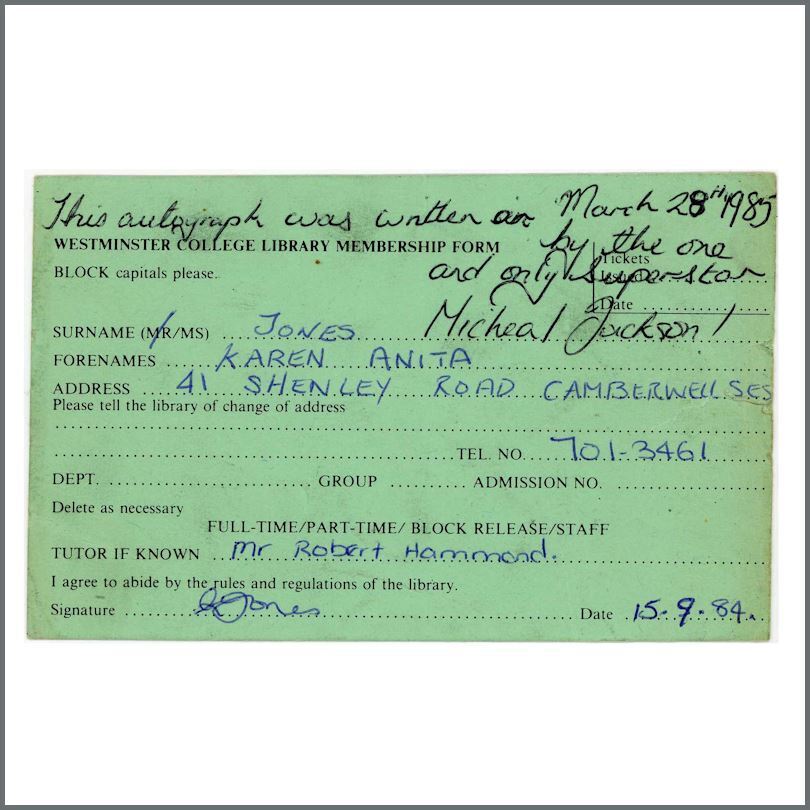 A library card from Westminster College, London that has been autographed on the reverse by Michael Jackson in blue ballpoint pen. The autograph was obtained on the 28th March 1985 at the Montcalm Hotel, London. It comes with a letter from the original recipient that reads: ‘This Michael Jackson autograph was obtained whilst Michael Jackson was in London staying at the Montcalm Hotel in London. Five of my friends from college went down to the hotel where MJ was staying. I took my library card and handed it to the security and Frank Delio MJ’s manager and Michael Jackson signed it. I’ve had it ever since. It was taken on 28th March 1985. It was such an enjoyable day shouting out ‘Michael’ with the rest of the fans.’. The card measures 13cm x 8cm (5 inches x 3.1 inches). There is a tape stain on the left and right edge. The condition is very good.