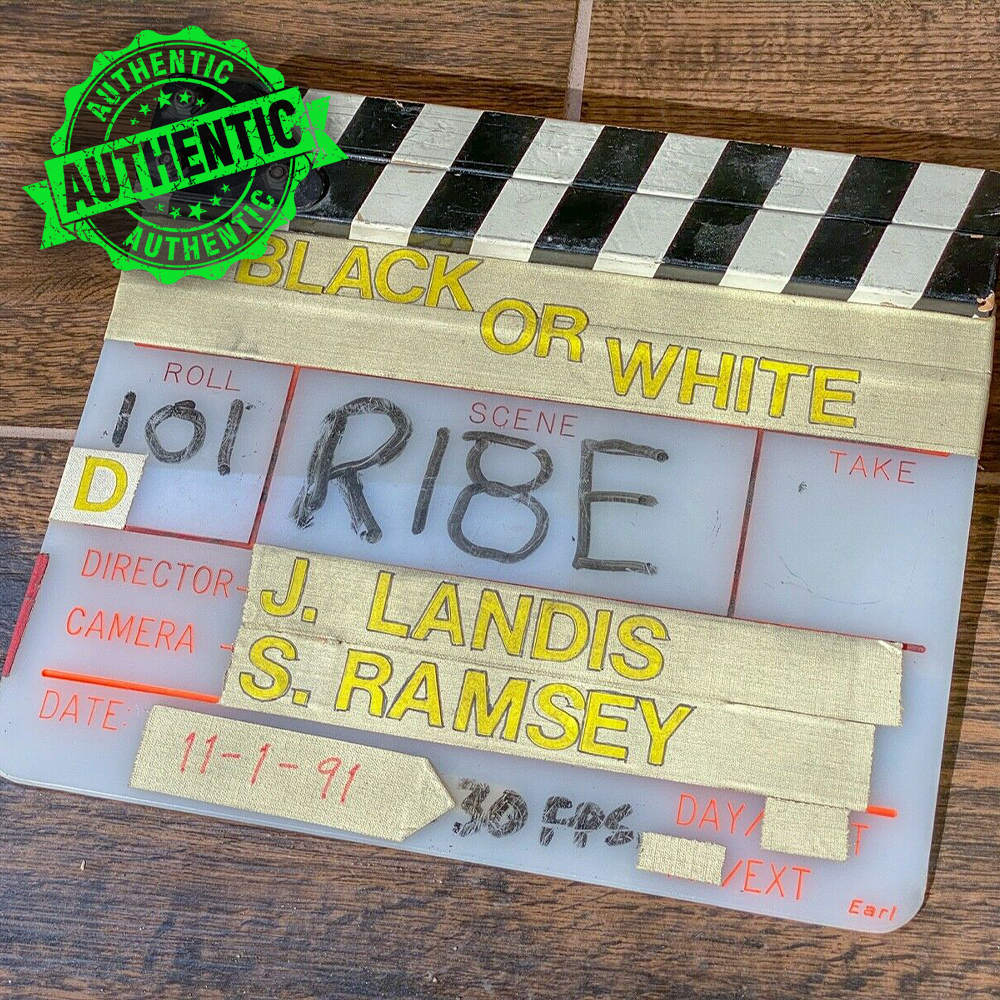 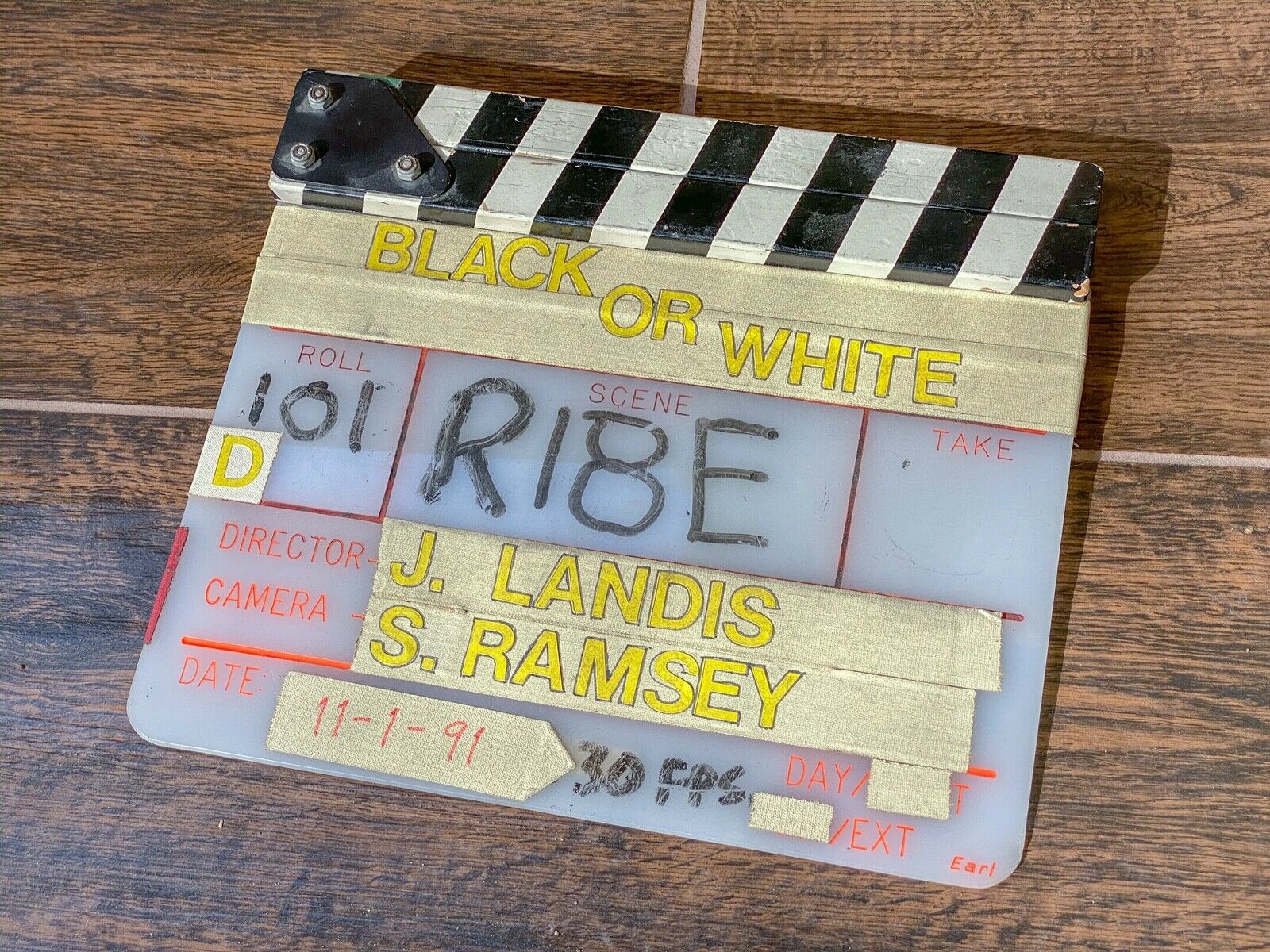 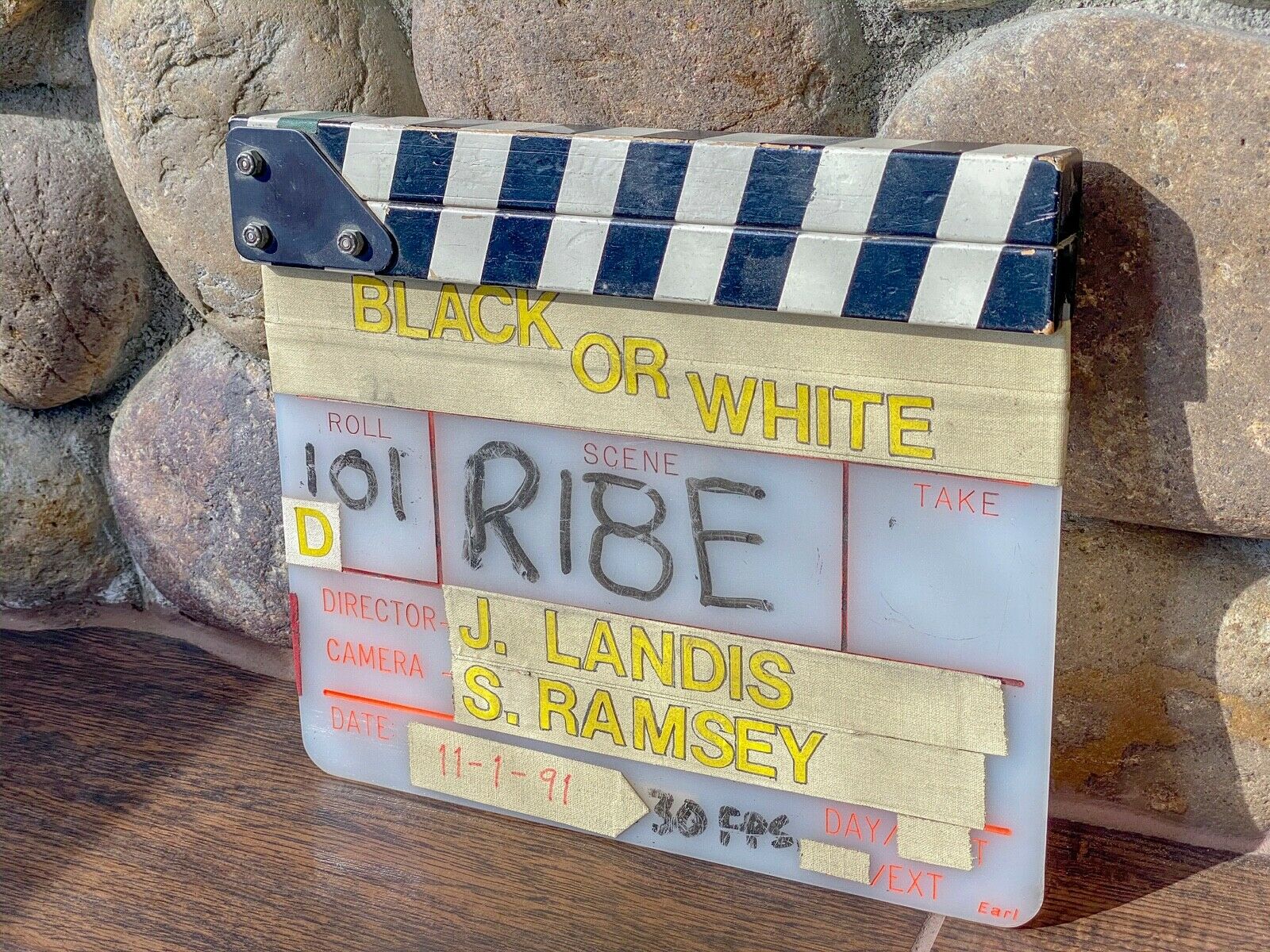 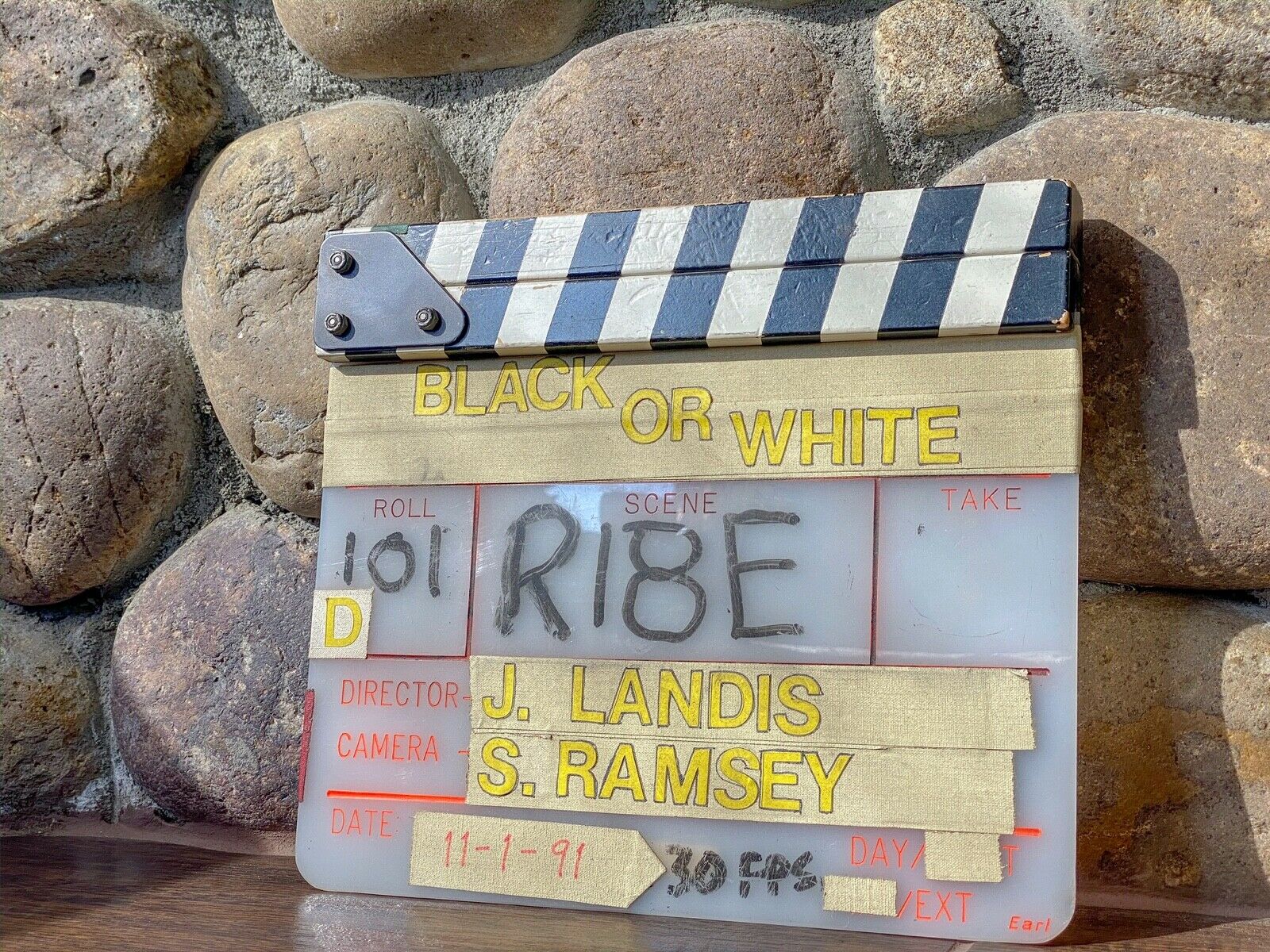 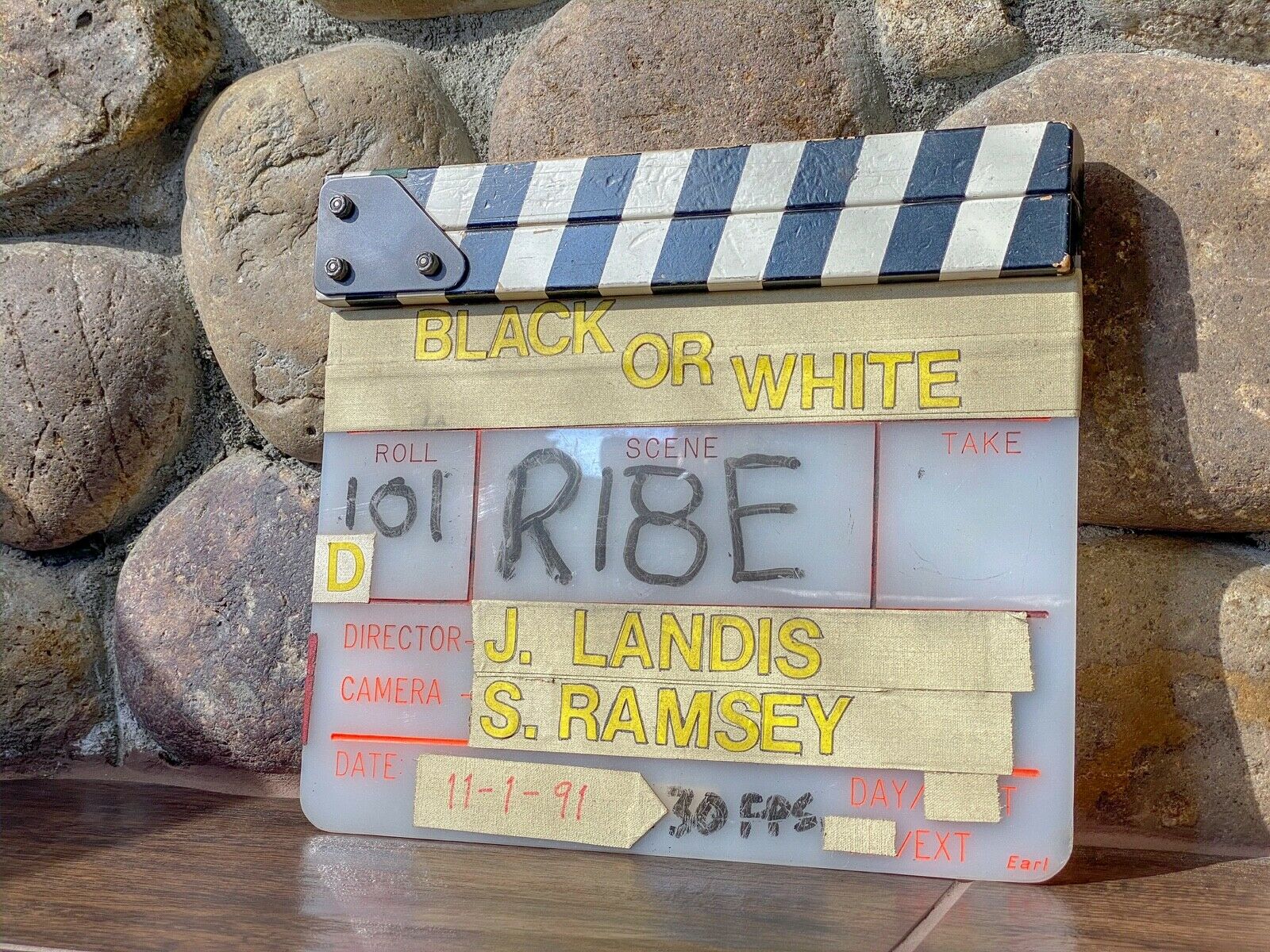 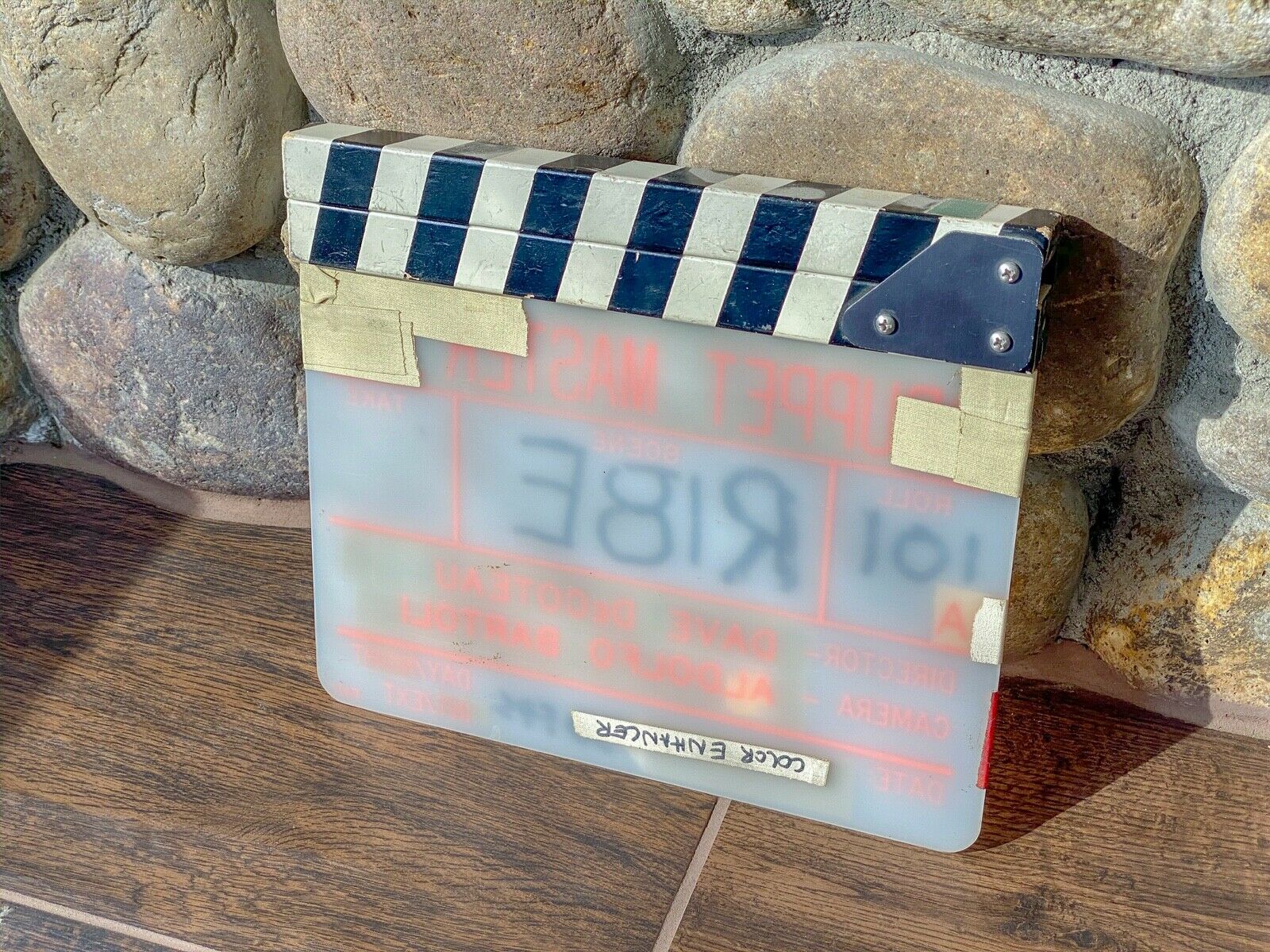 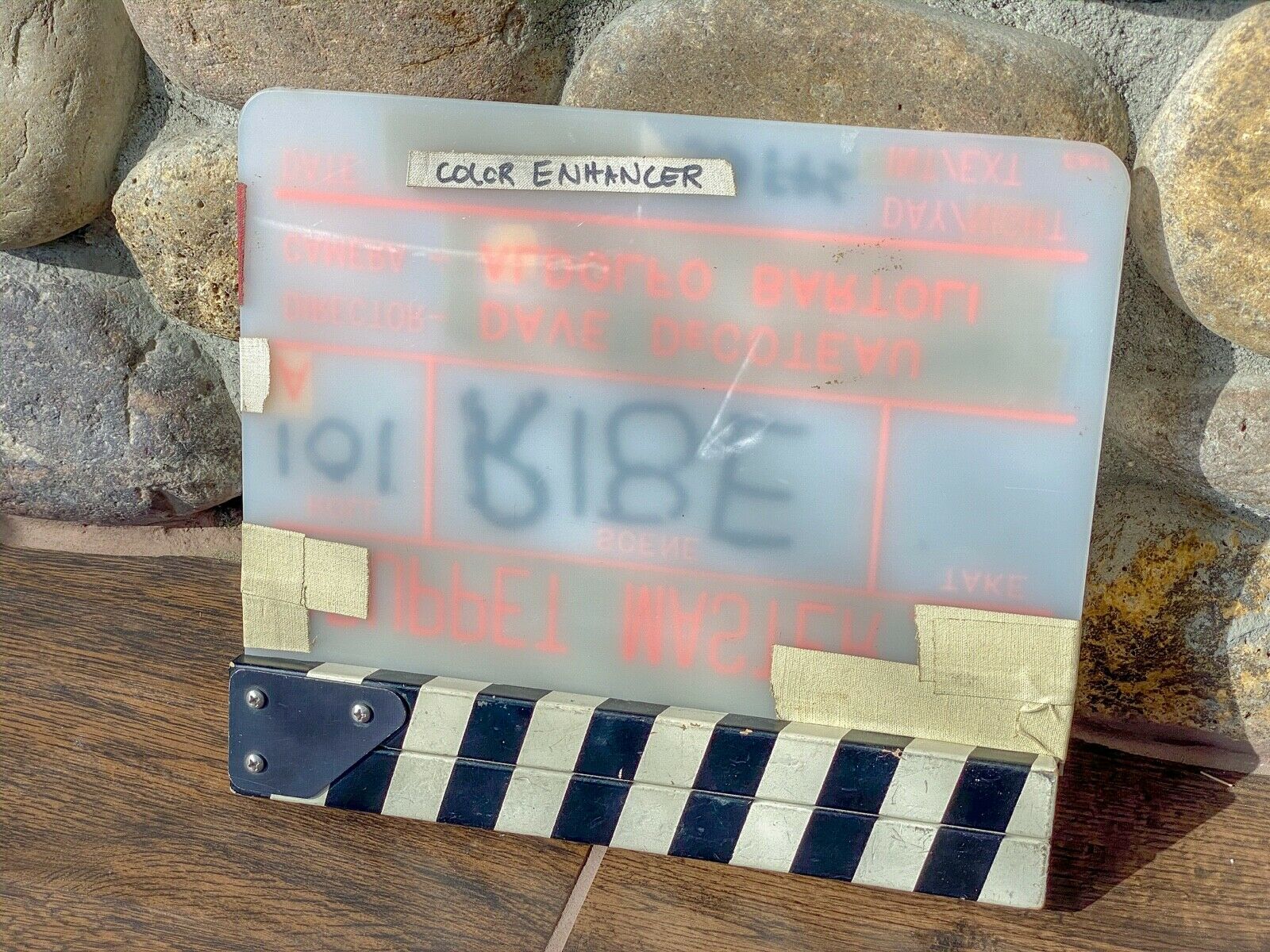 Michael Jackson's "Black or White" music video Slate/Clapperboard: An original production slate from Michael Jackson's video shoot of the Iconic "Black or White" video, directed by John Landis. He also directed the Video "Thriller" and many iconic films including "Three Amigos", "Trading Places", "The Blues Brothers", "Coming to America", "Spies Like Us" and many more. "Black or White" used for the first time the effect of "morphing" which seamlessly changed several actor's faces from one to the next. The clapboard has hinged wooden marker sticks with interleaved black and white diagonal lines attached to a plexiglass slate with stick-on lettering and from a marker identifying the date, 11-01-1991, scene, take, video title, Director J. Landis, and Director of Photography, S. Ramsey. It also had a note about the frames per second, 30fps. On the back of the slate, a taped note about a filter, the color enhancer. Provenance: At that time, the consignor's personal slates were repurposed as He went from project to project to save costs, so under the markings for "Black or White" is the markings etched into the Plexiglas from another project He had completed at that time, "Puppet Master III: Toulon’s Revenge." (He was a 1st Assistant Camera for many years).