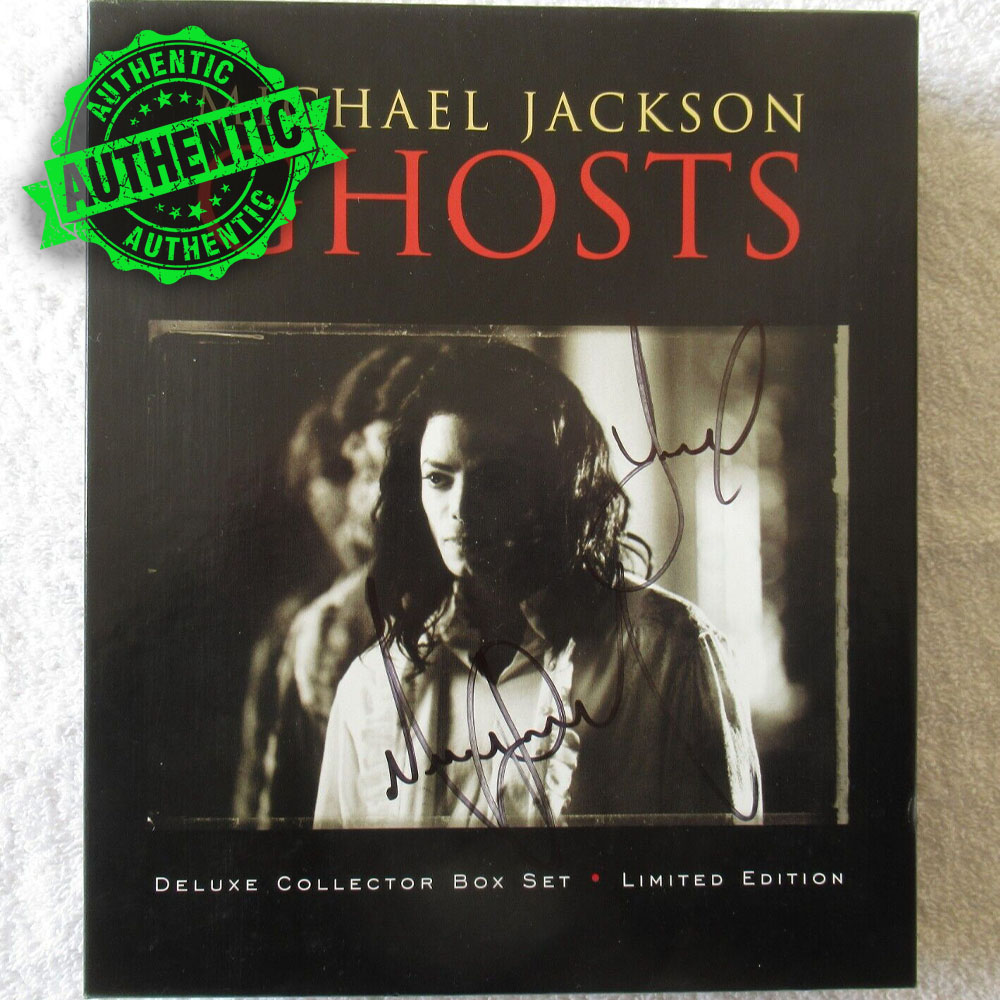 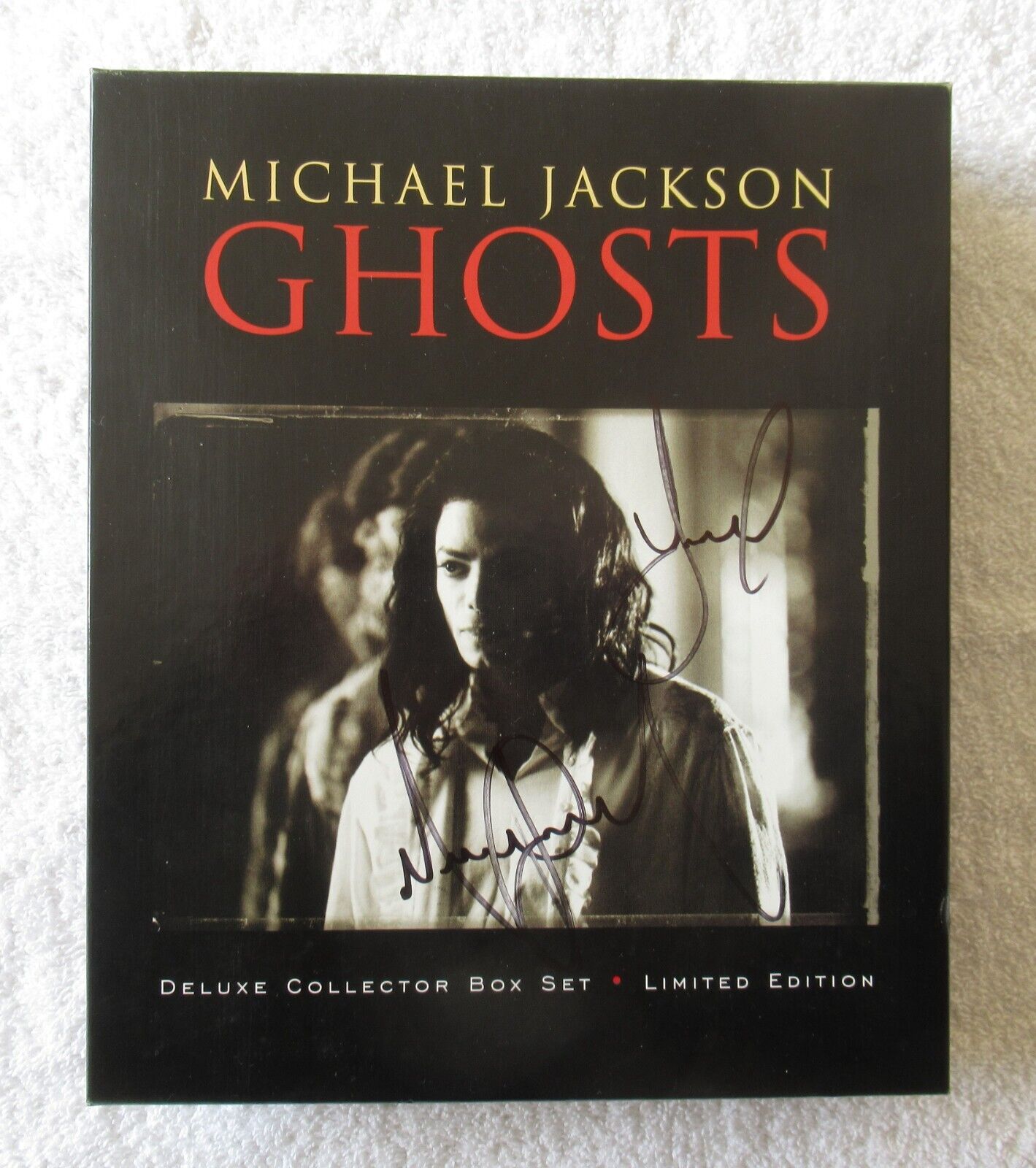 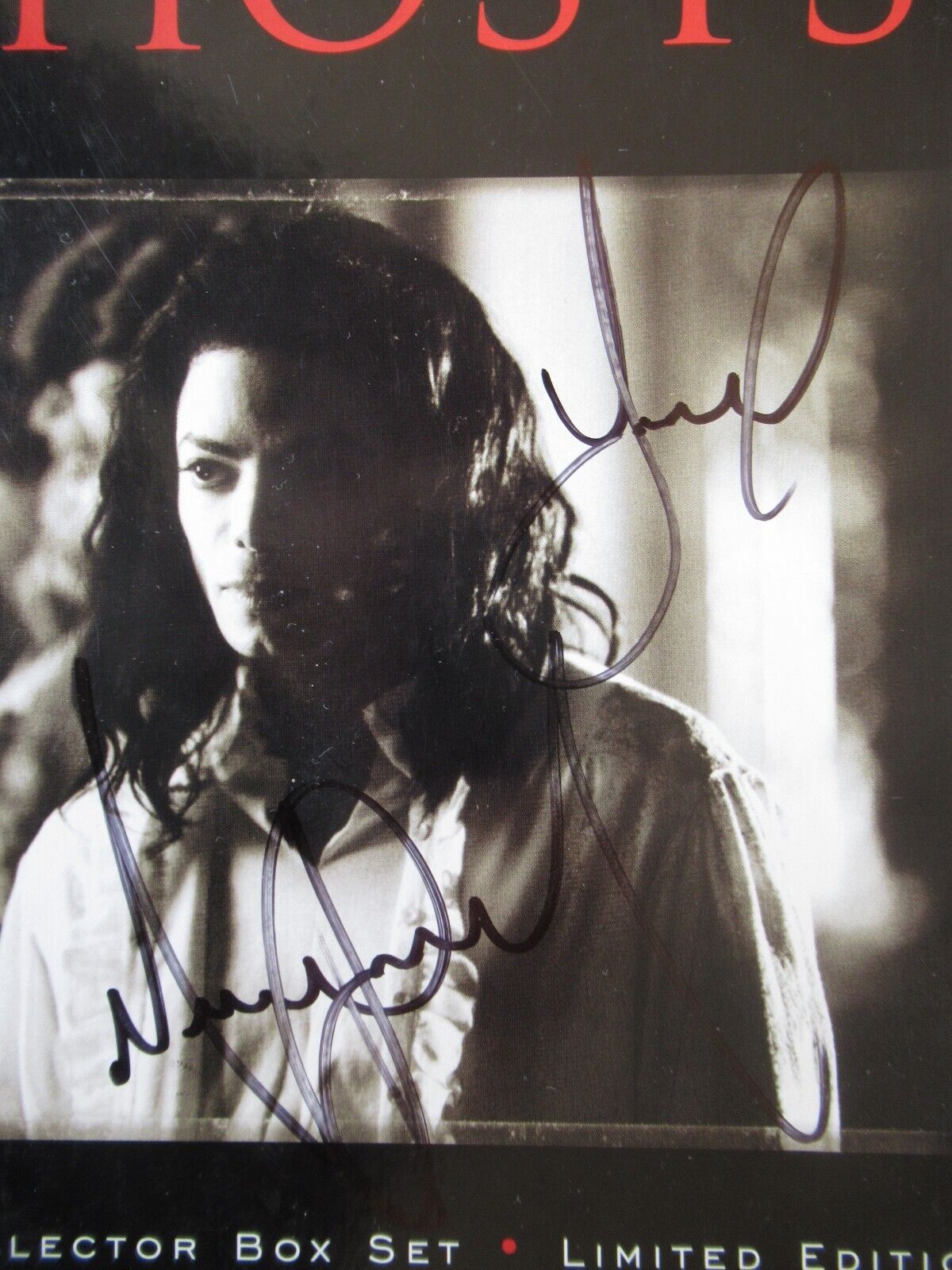 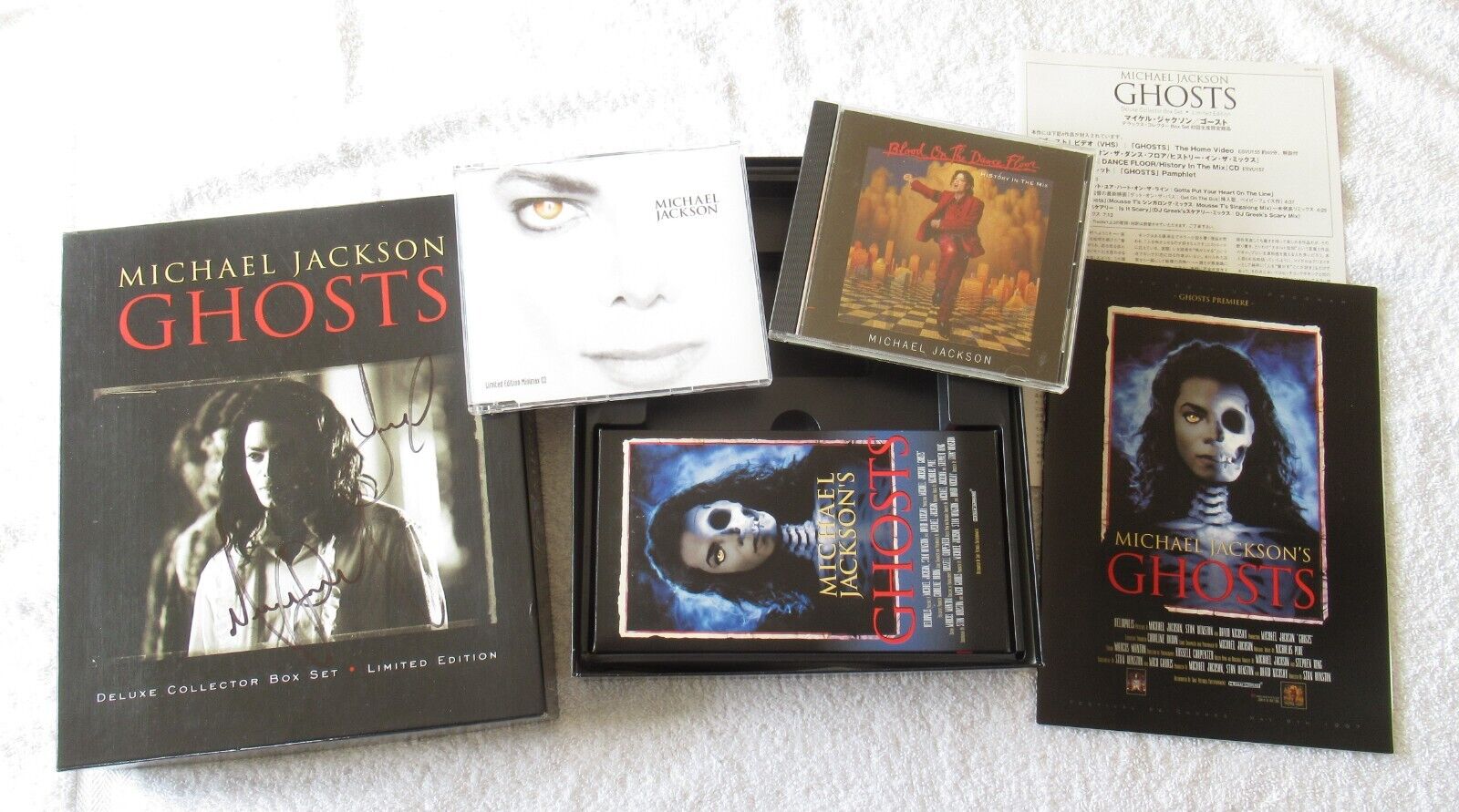 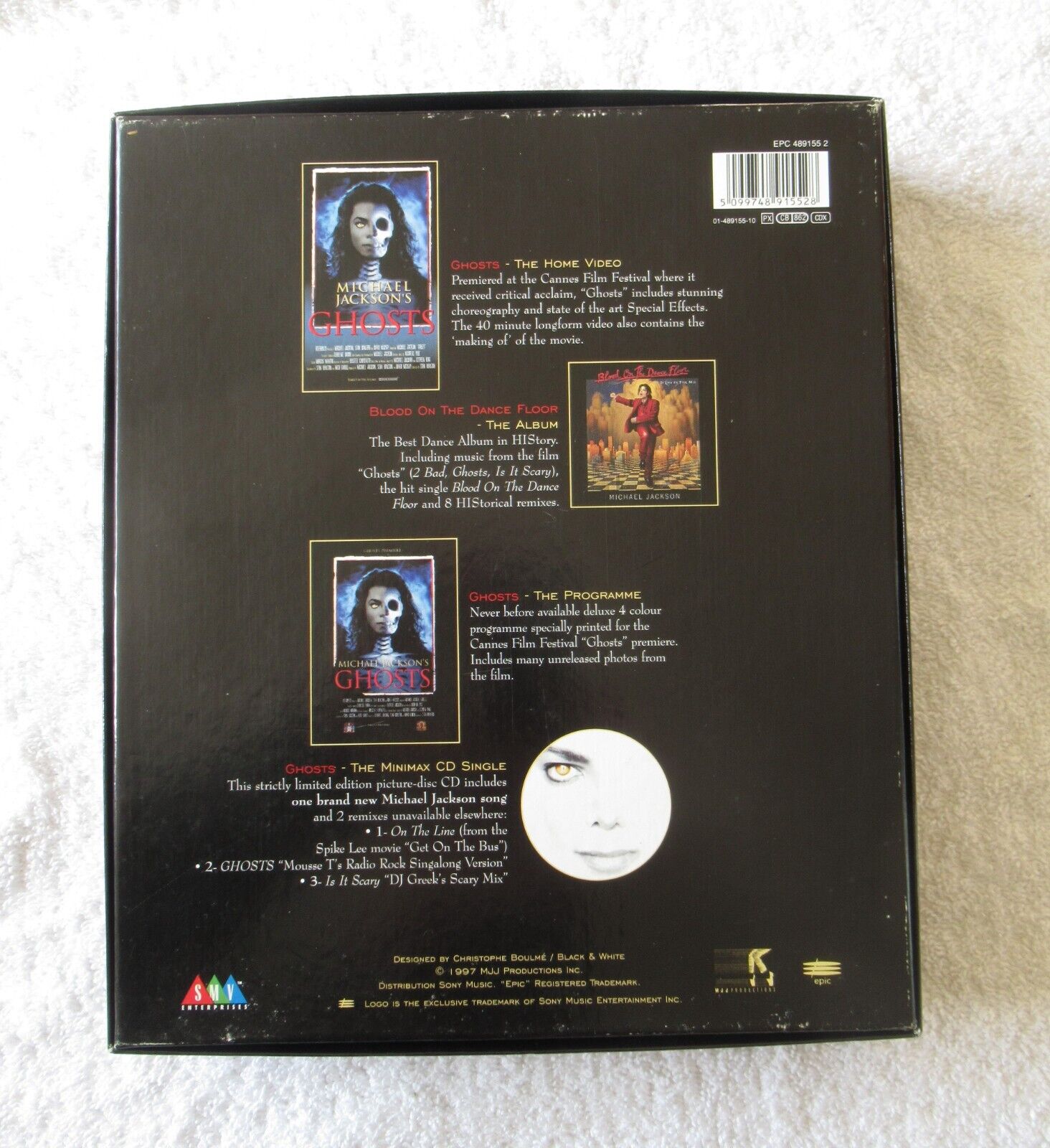 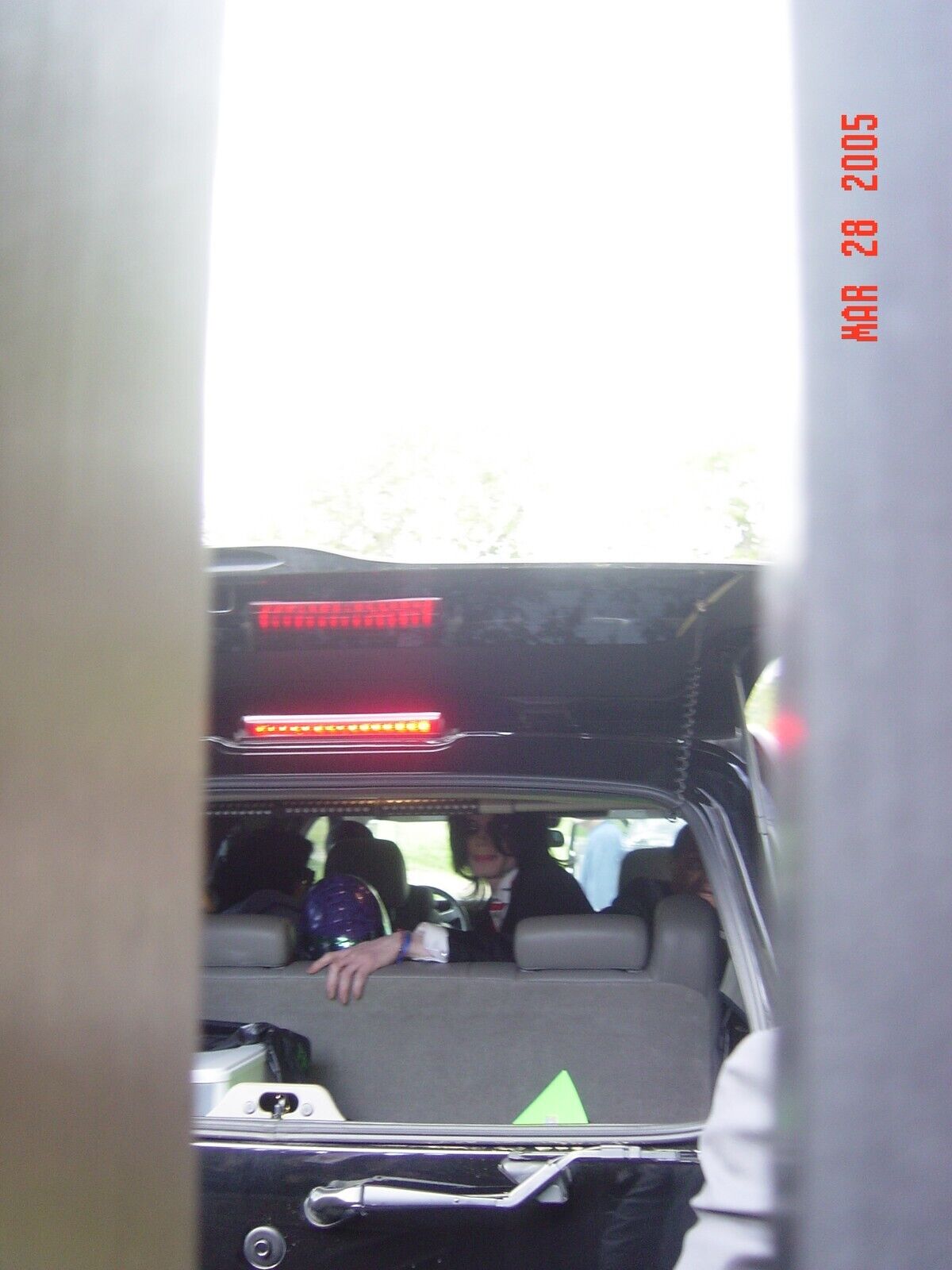 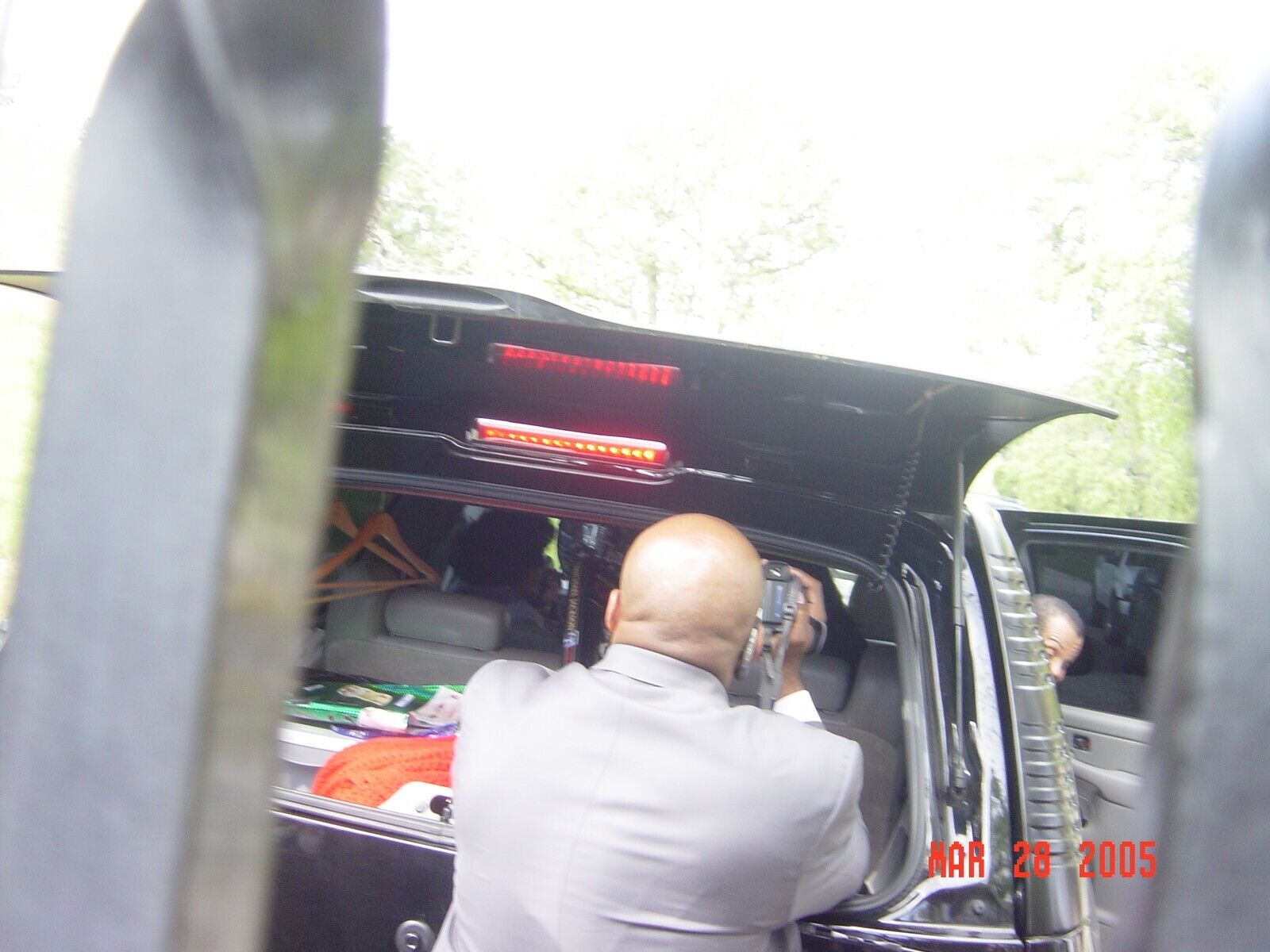 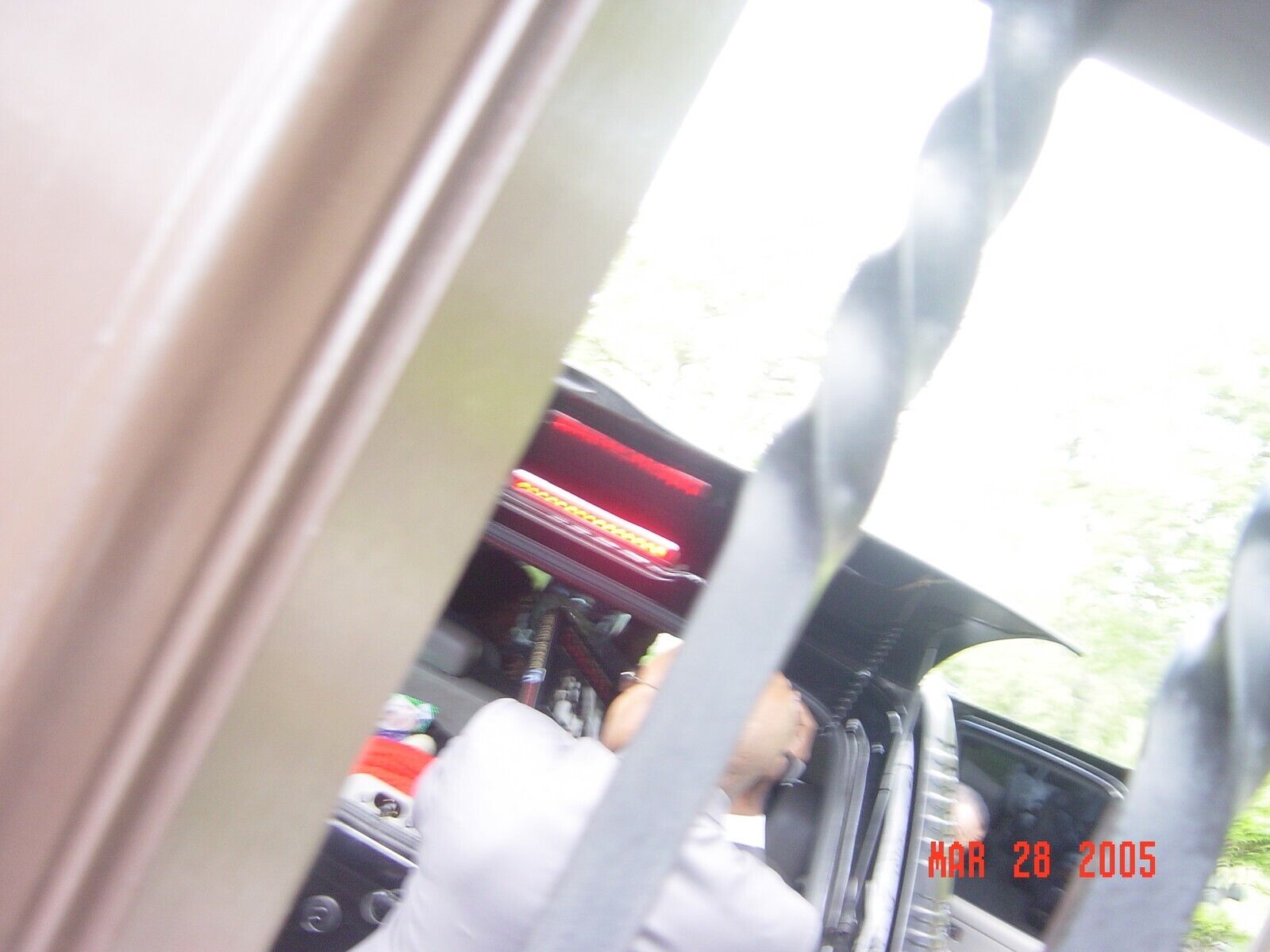 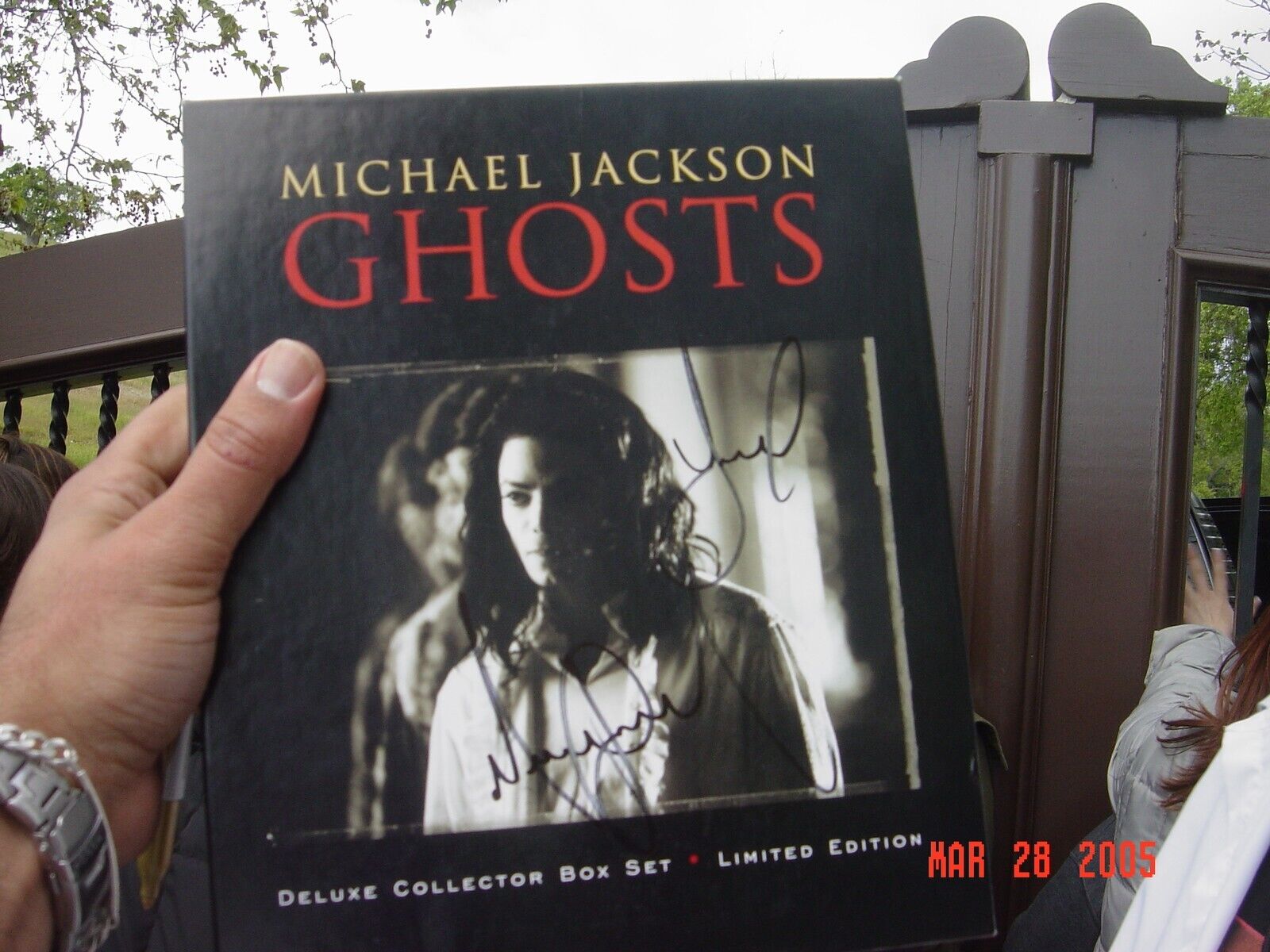 Michael Jackson 'Ghosts' box set, released in 1997, which was signed by Michael in person on 28th March 2005 at Neverland. On that day Michael returned from court and his SUV stopped just inside the gates of Neverland where his security guard Kerry Anderson took items from fans who were crowded at the gates. He passed them to Michael who signed them while sitting in the SUV. The photographs show the box set being passed to Michael, along with a close up photo of the box set immediately after it was signed. The box set was released in Europe and Japan; this is the Japan edition so the video tape is NTSC format.