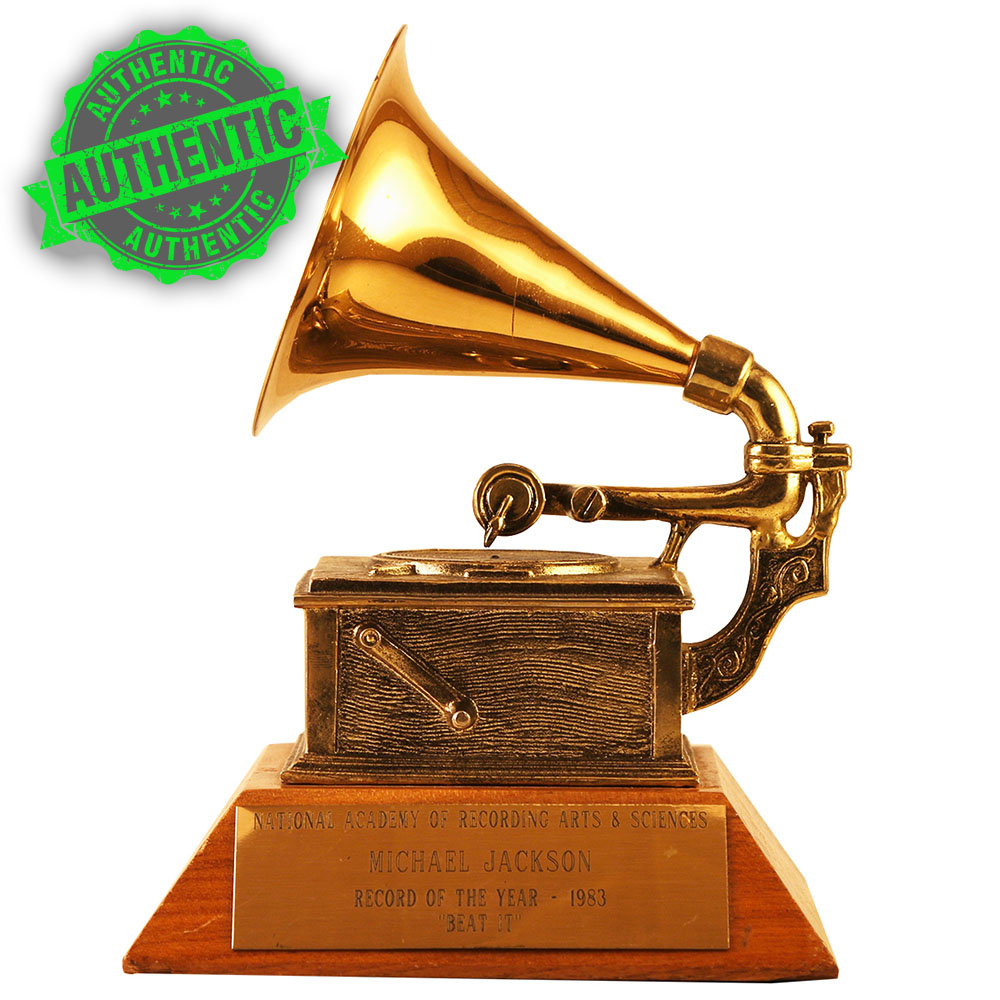 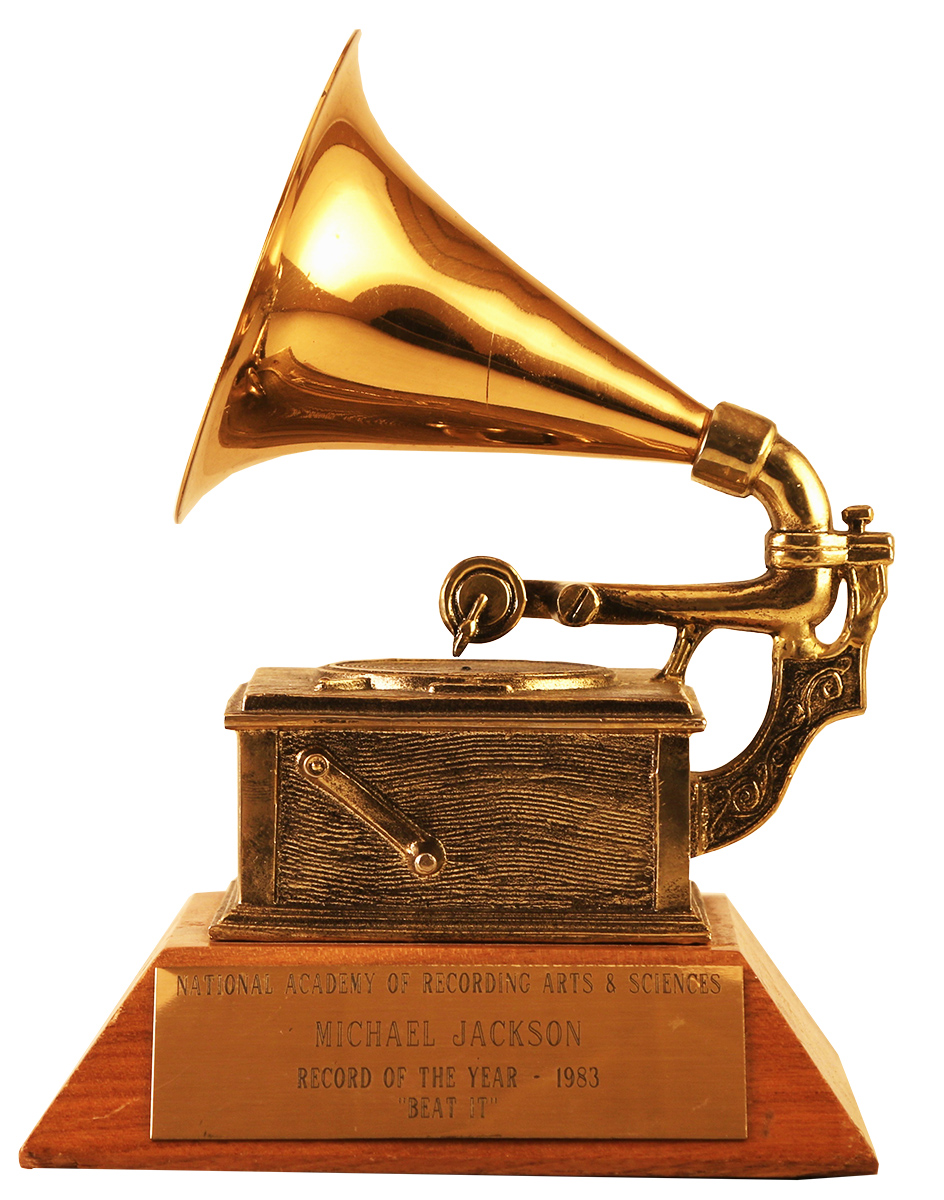 Michael Jackson's personally owned 1983 Grammy Award for "Beat It". This is one of the most important Grammy' Awards ever to come to auction and it was the first Michael Jackson Grammy Award ever to come up to auction when it originally sold at Christie's in New York City (Christie's East). The Christie's tag is on the bottom of the award. The award comes from the collection of the individual who purchased the award directly from the Christie's sale. "Beat It" is one of the best selling singles of all time and a signature song from one of the greatest performers of all time. Very good condition.