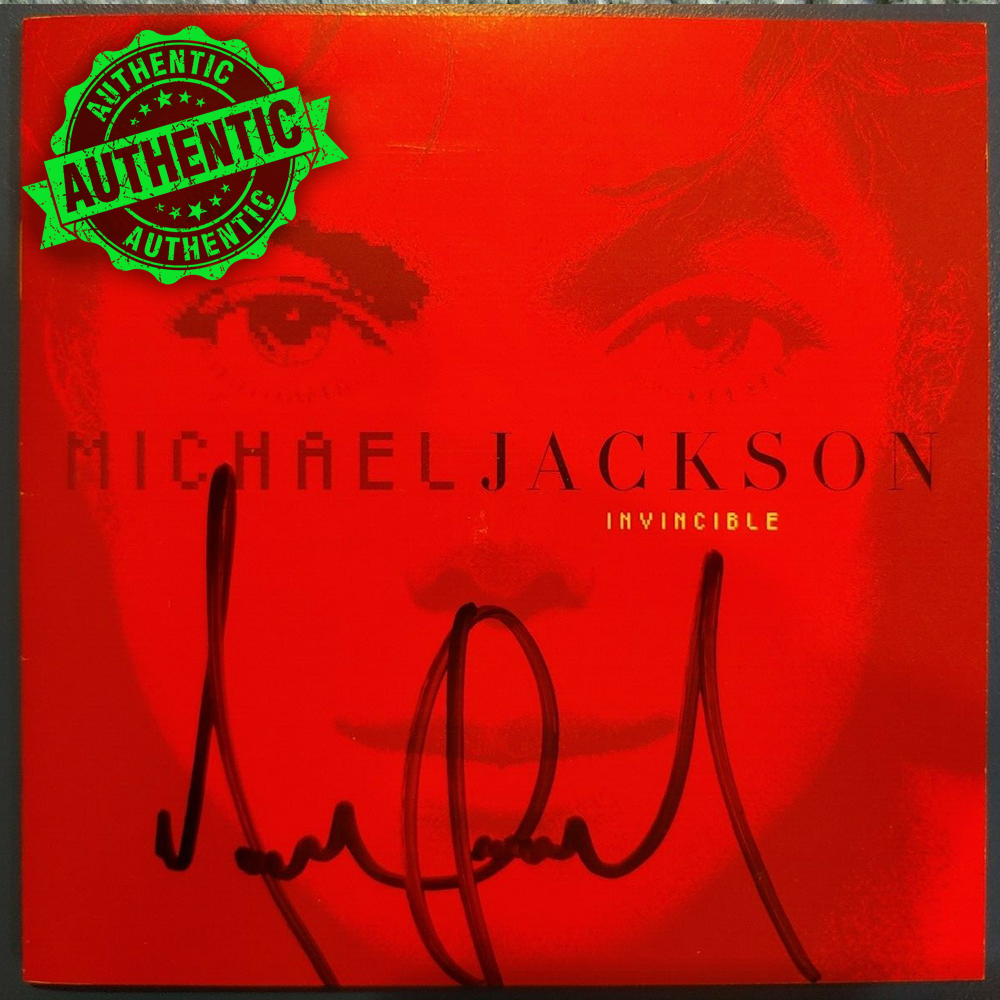 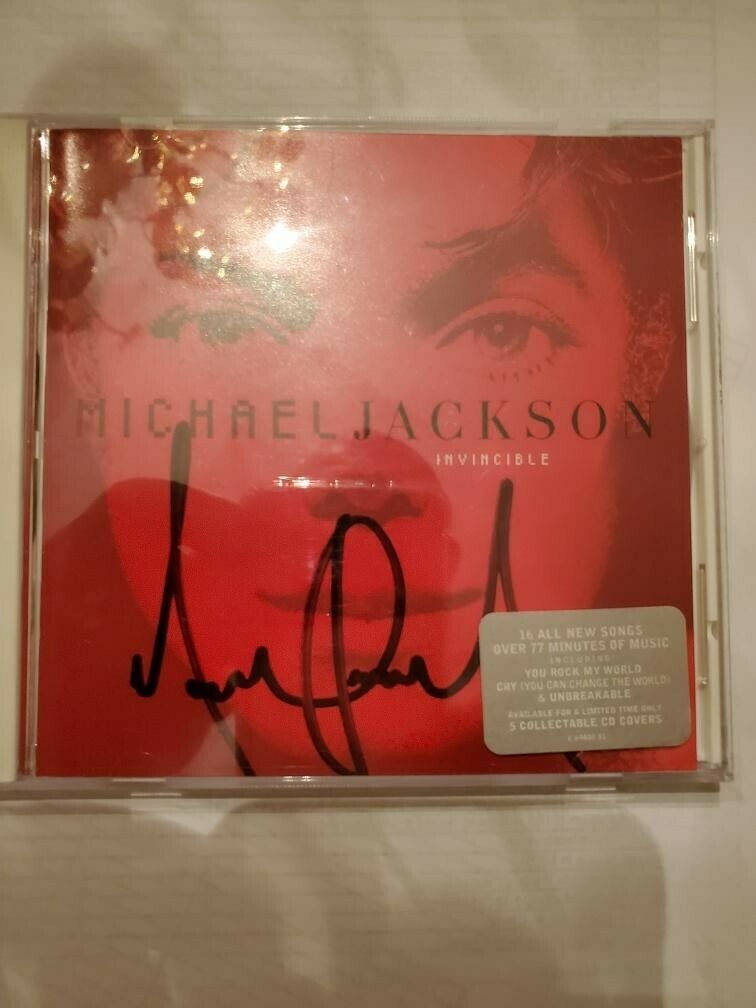 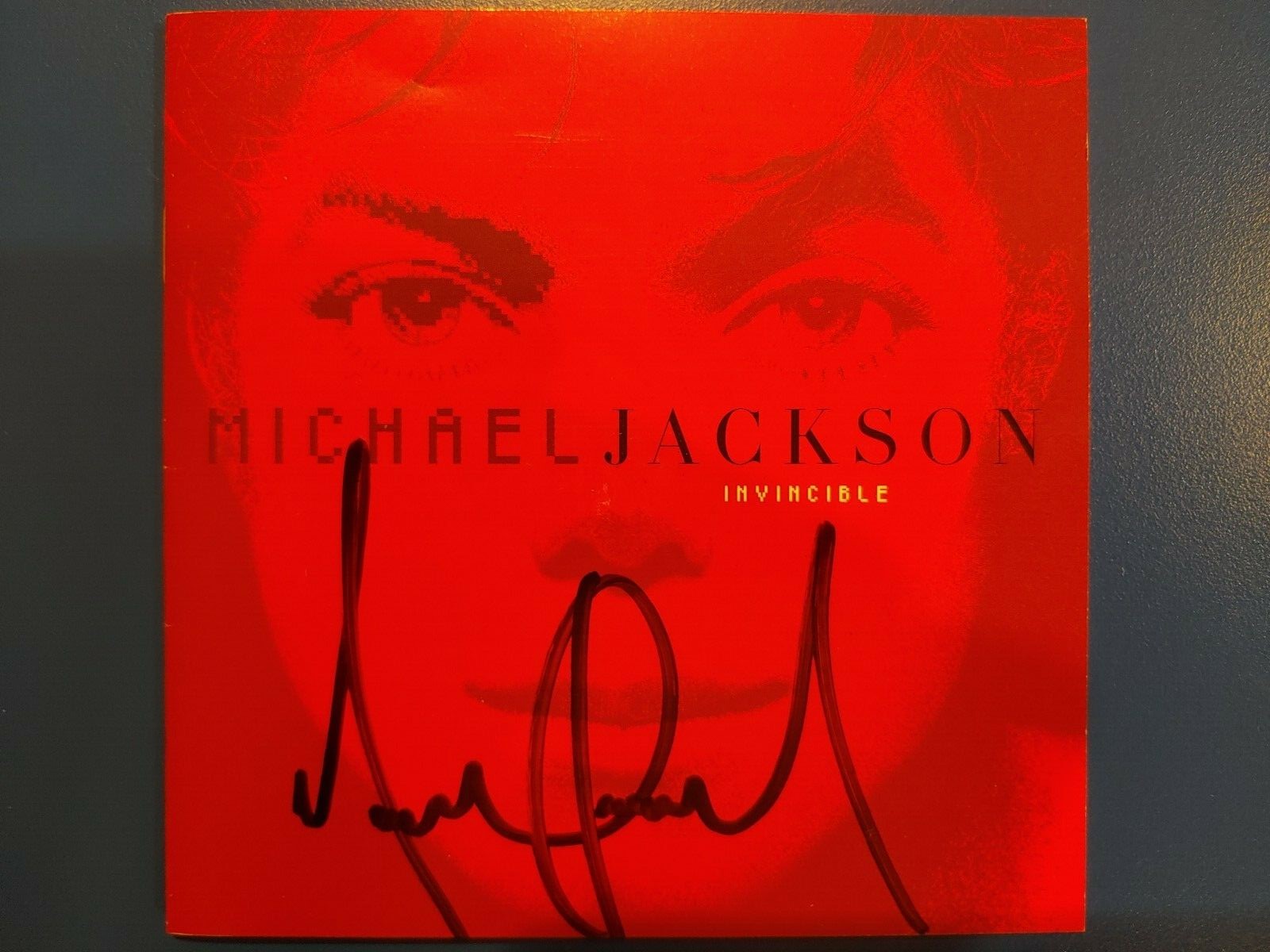 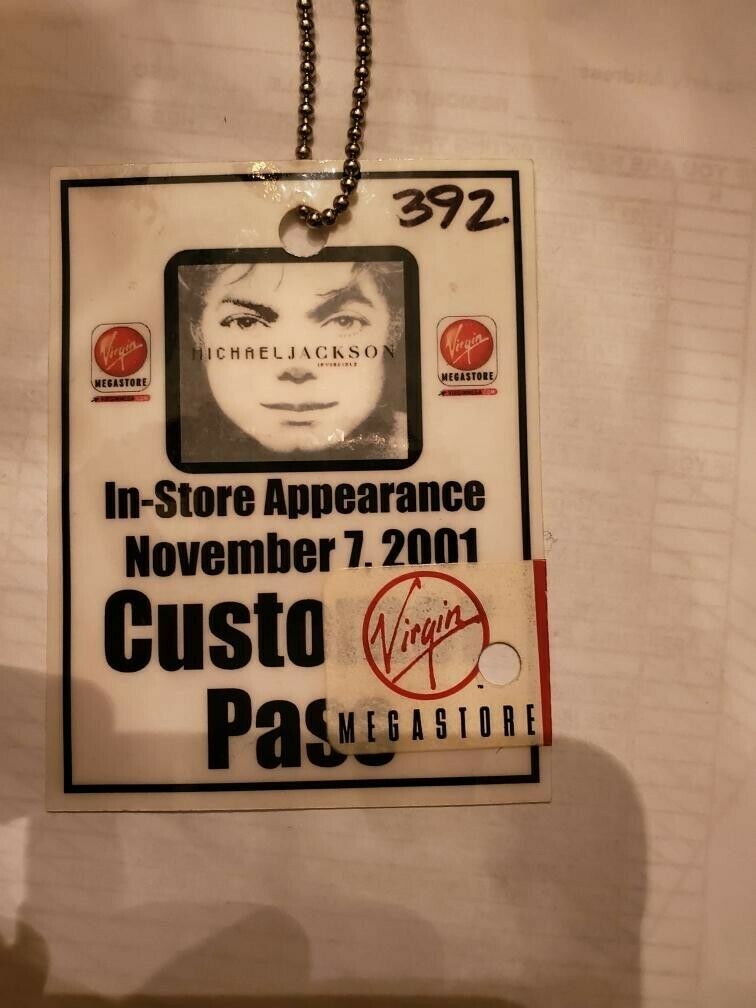 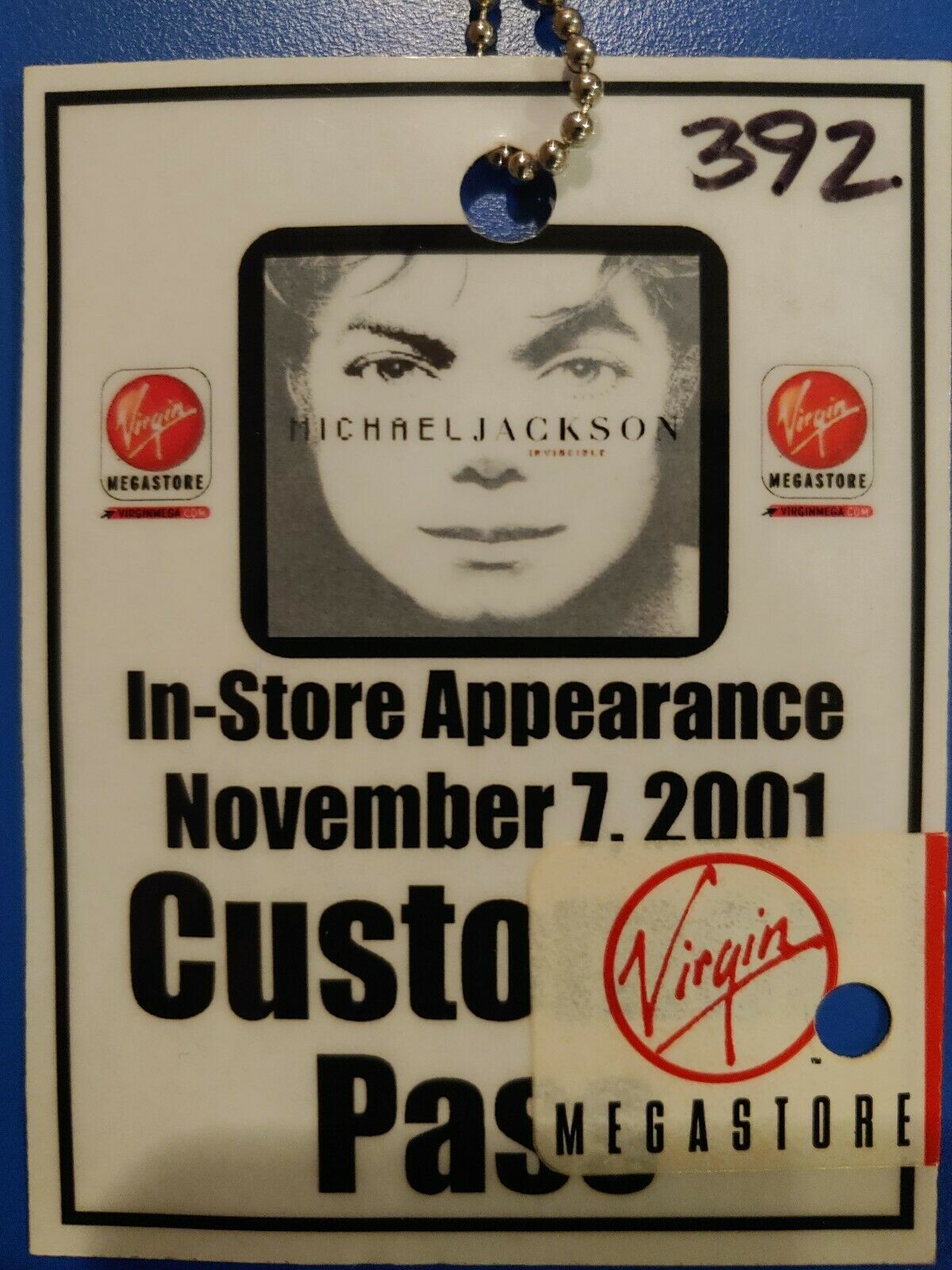 Michael Jackson's Invincible CD (in red cover) autographed by the King of Pop himself in person on November 7th, 2001 at Virgin Megastore in Times Square, New York City. Only 500 fans were granted access into Virgin Megastore to meet and receive from Michael Jackson an autographed copy of his "then" newly released Invincible CD. I was number "392" as shown on the pass to be granted access into this once in a lifetime opportunity see the King of Pop in person. The CD itself has never been played and the pass is in mint condition.