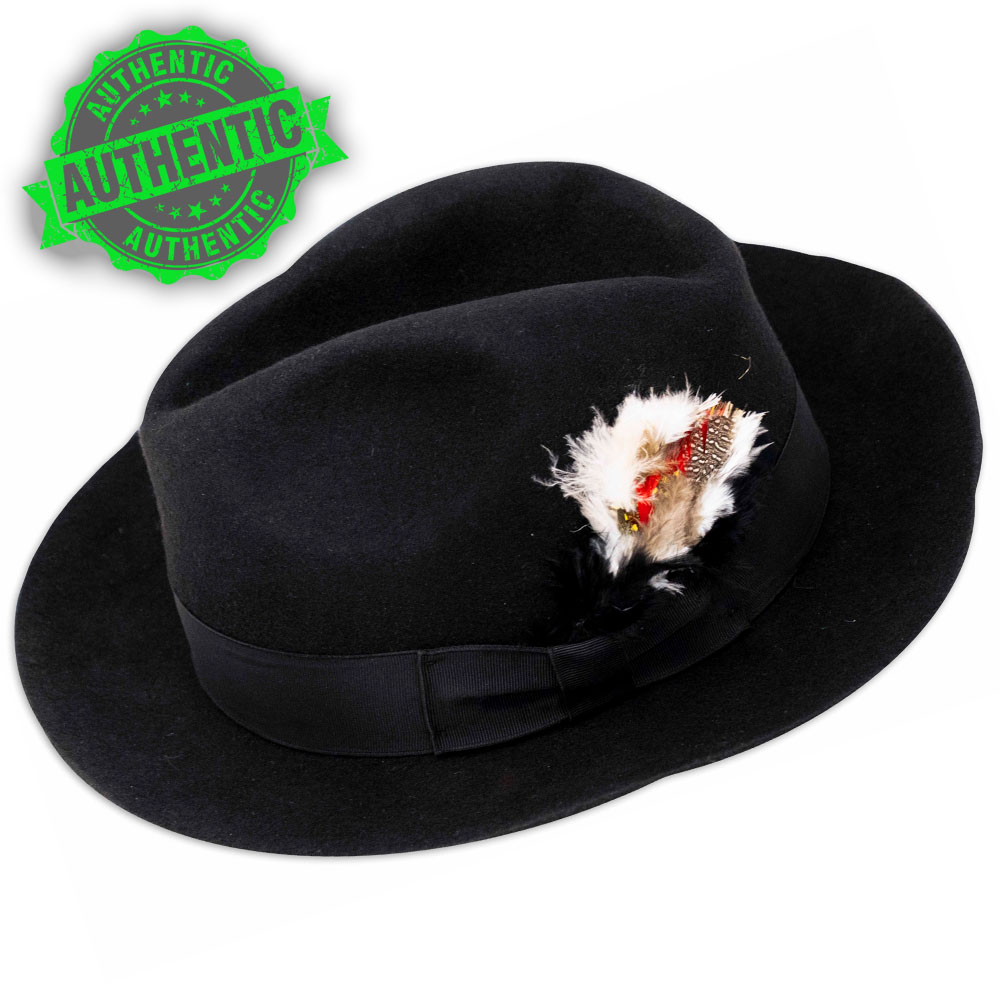 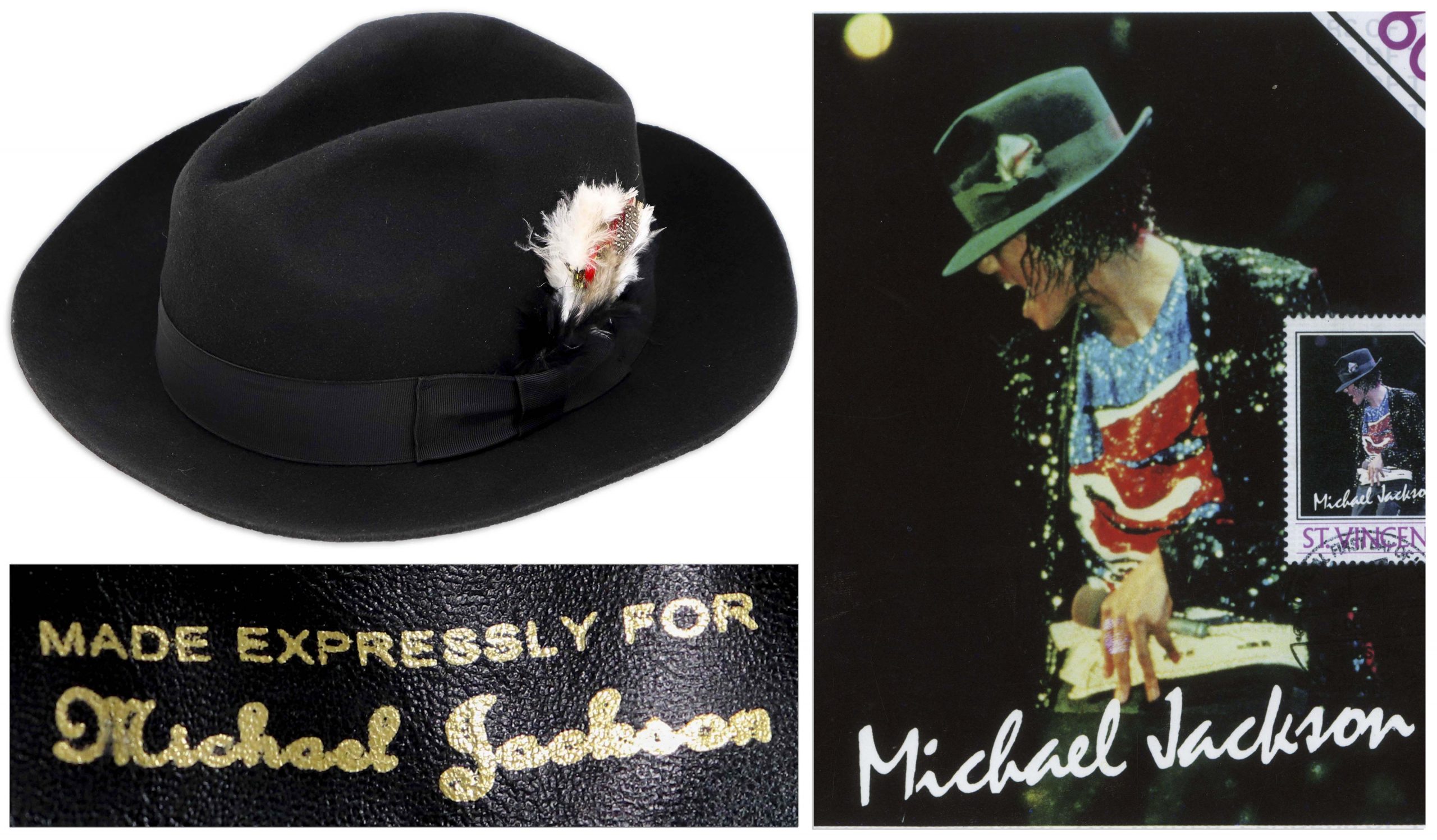 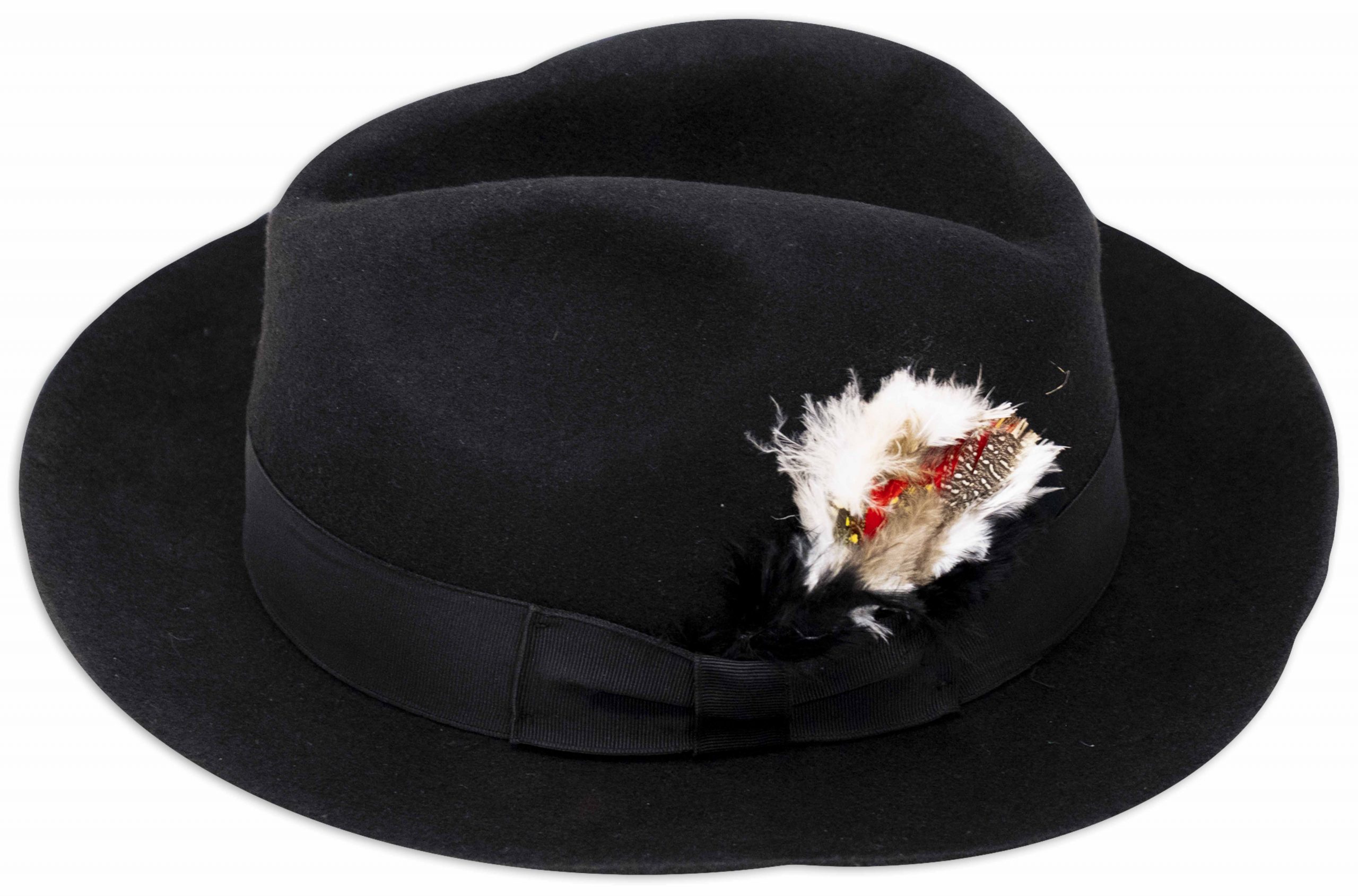 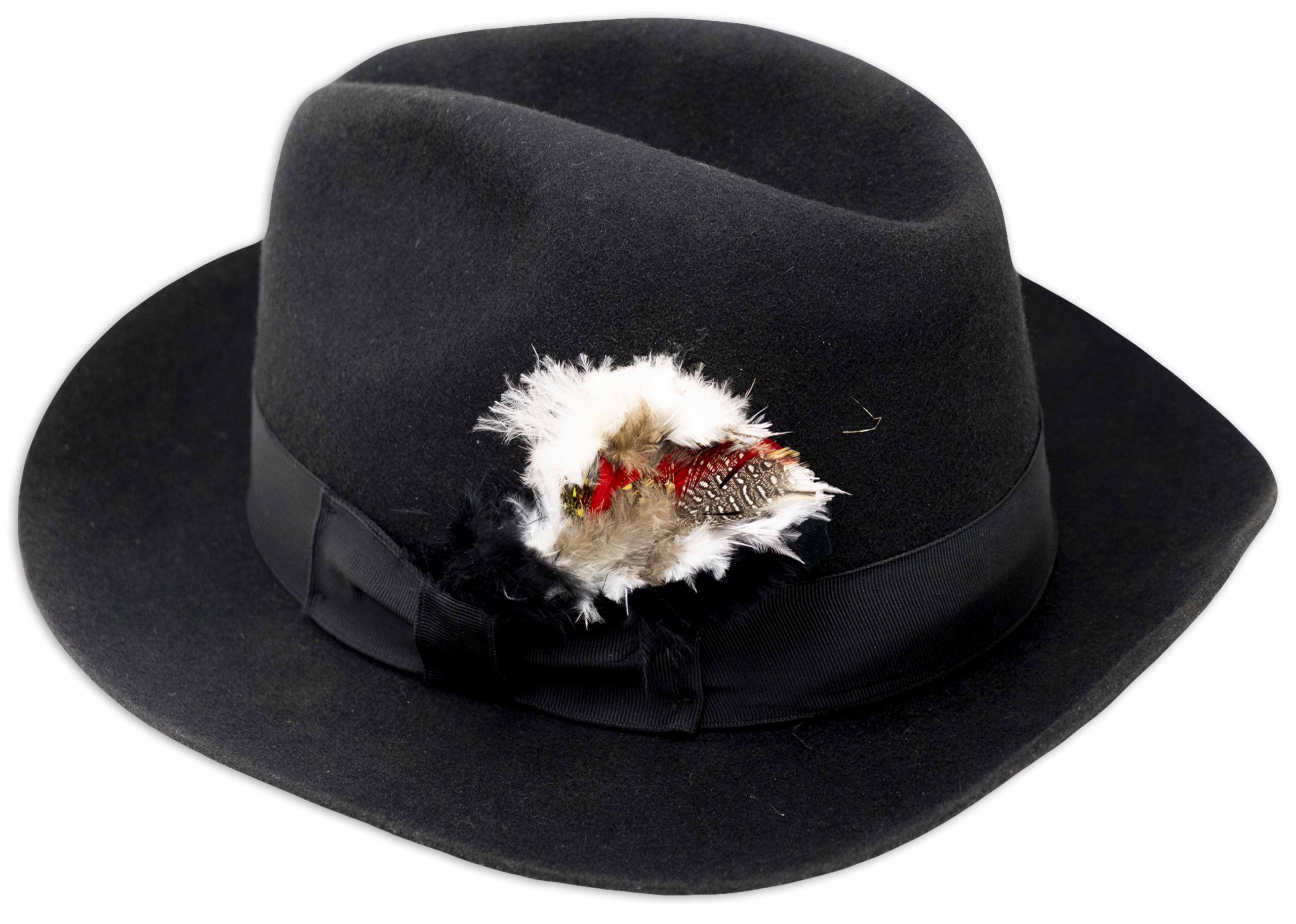 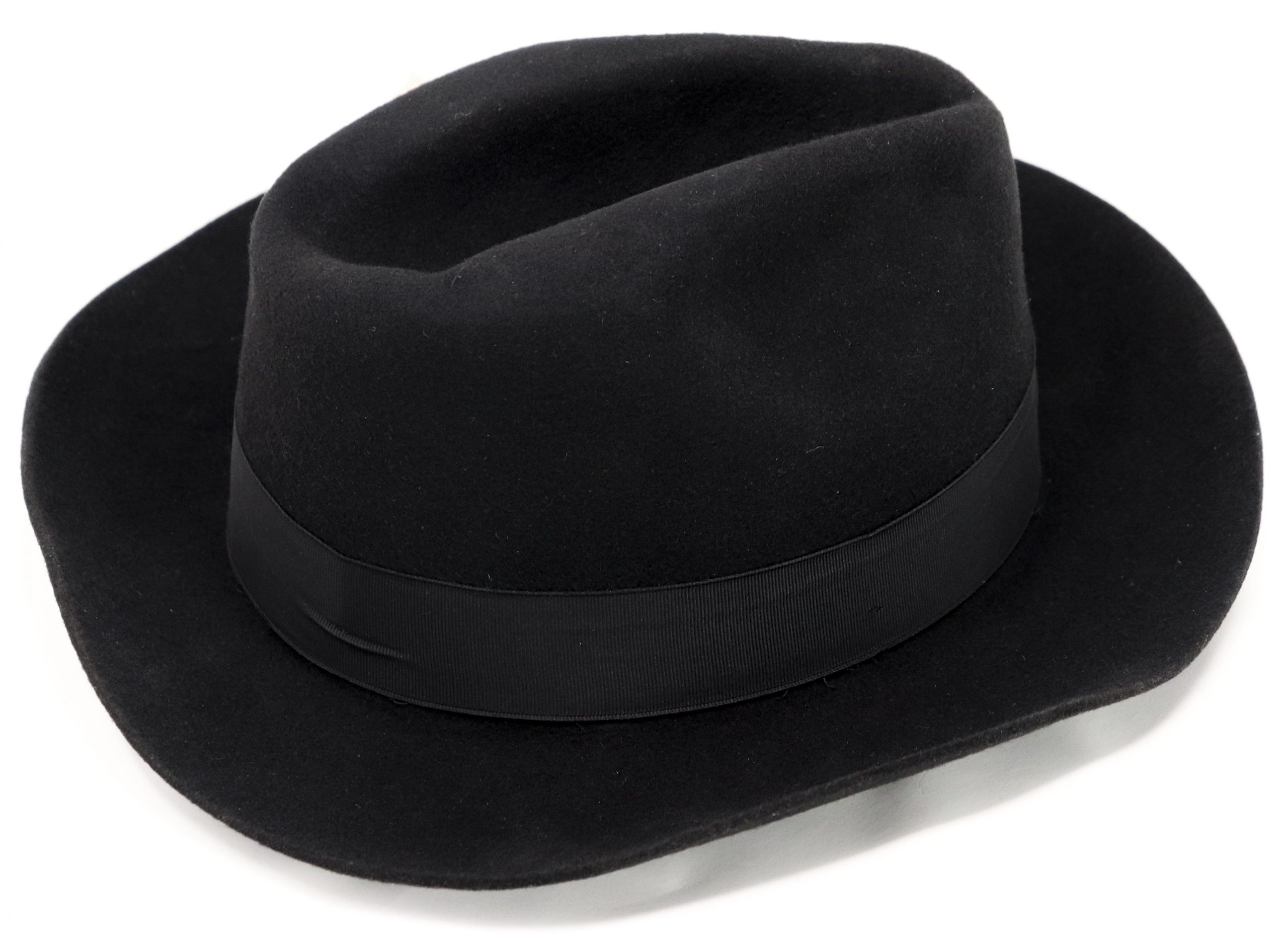 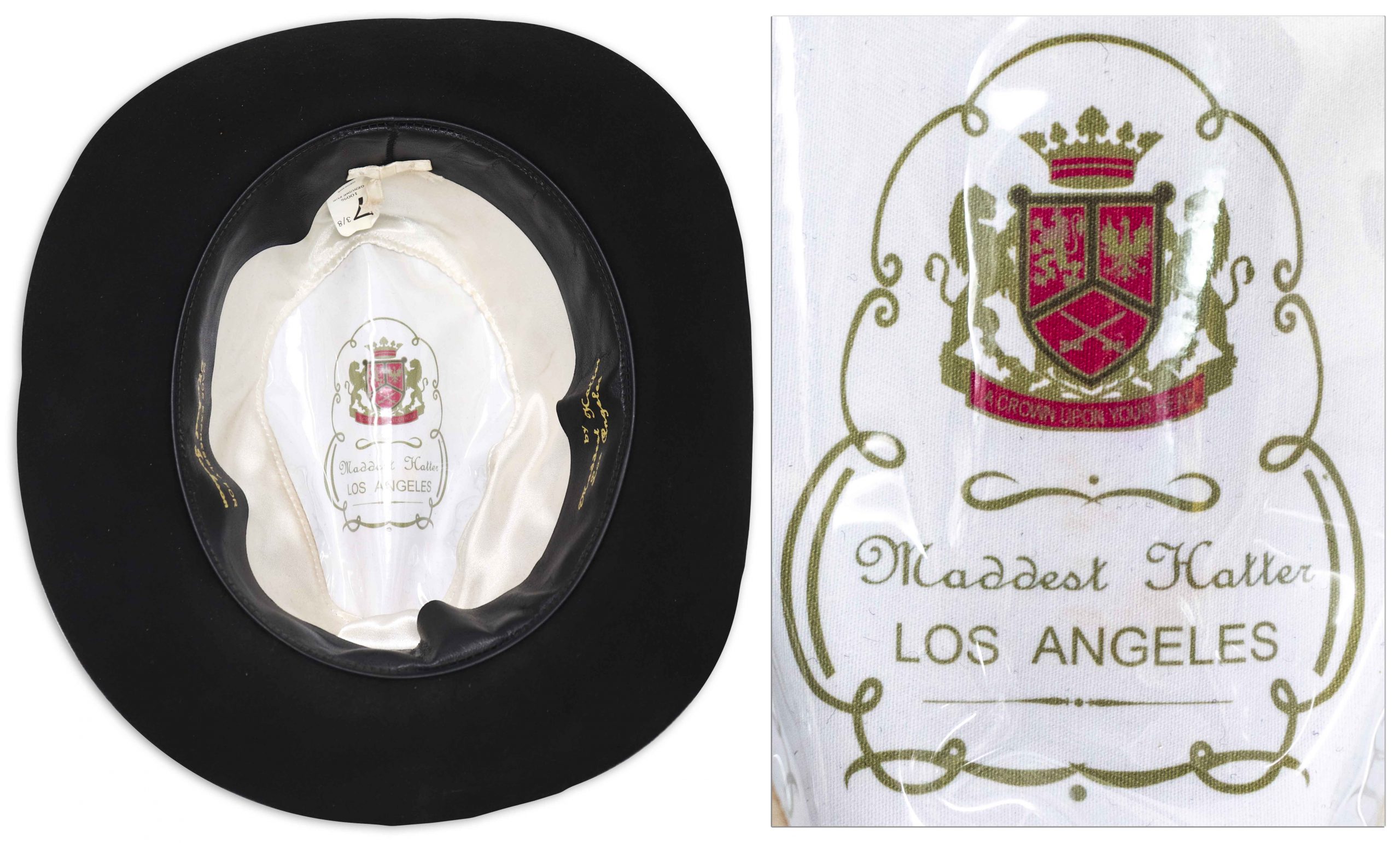 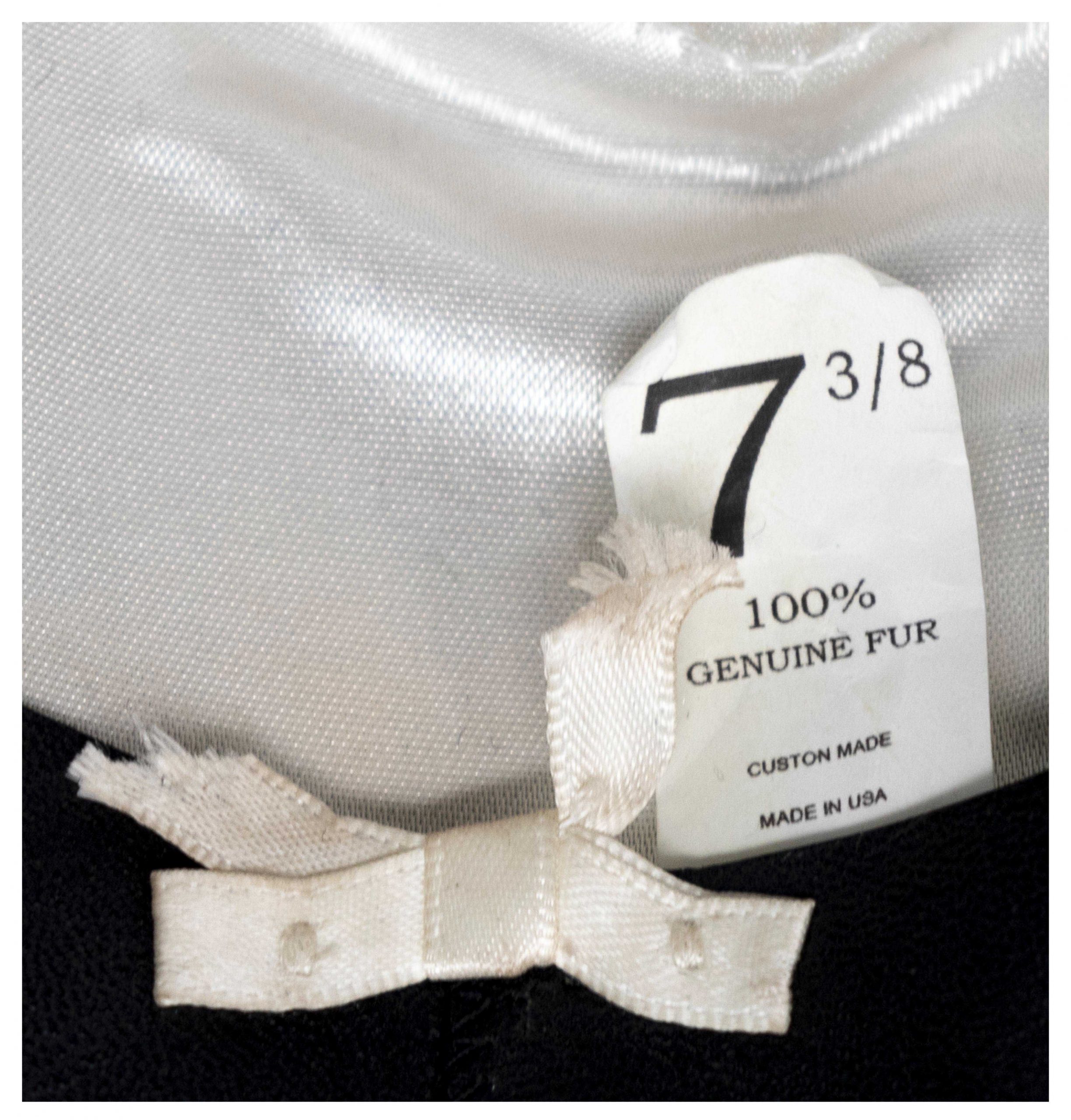 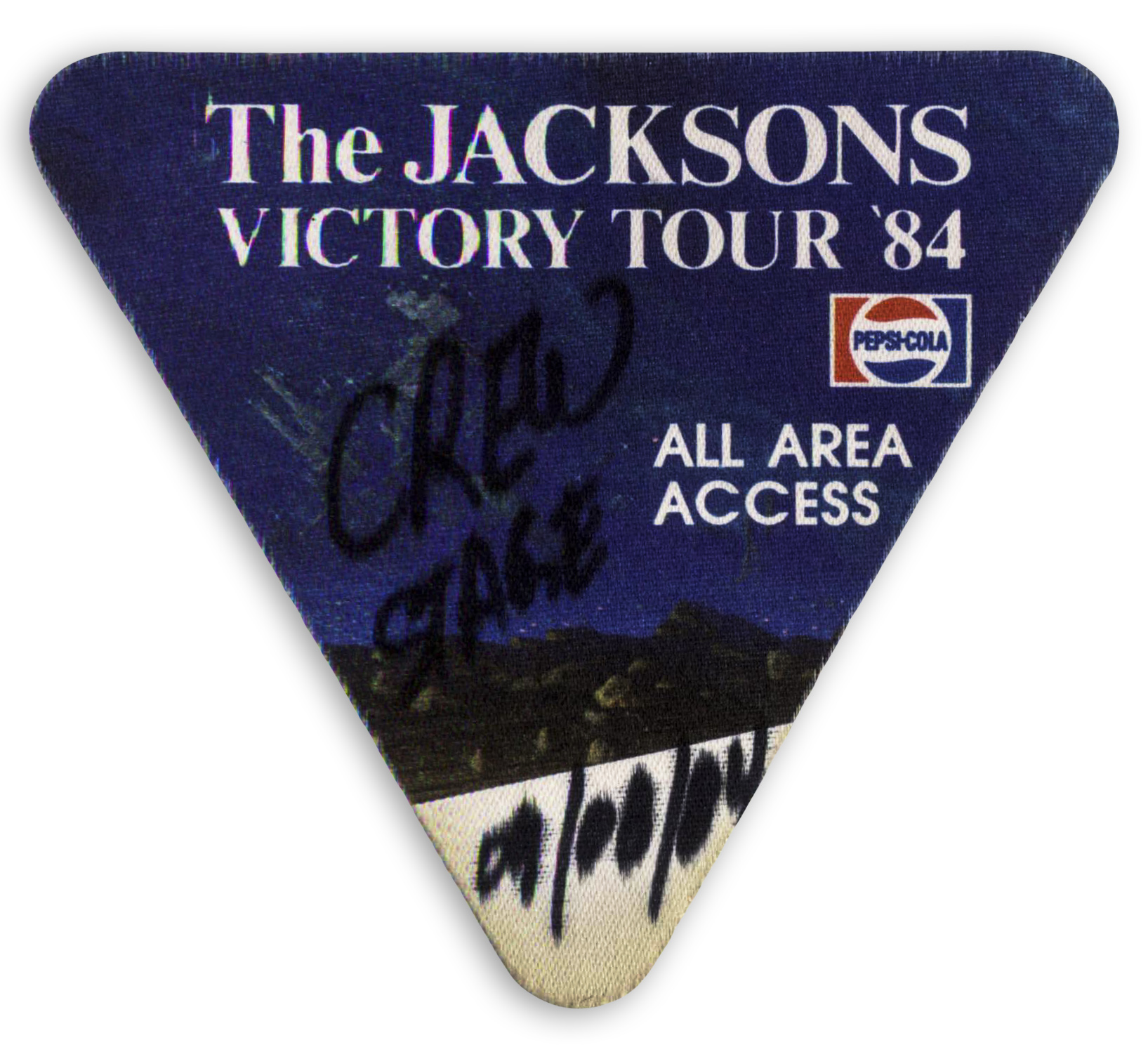 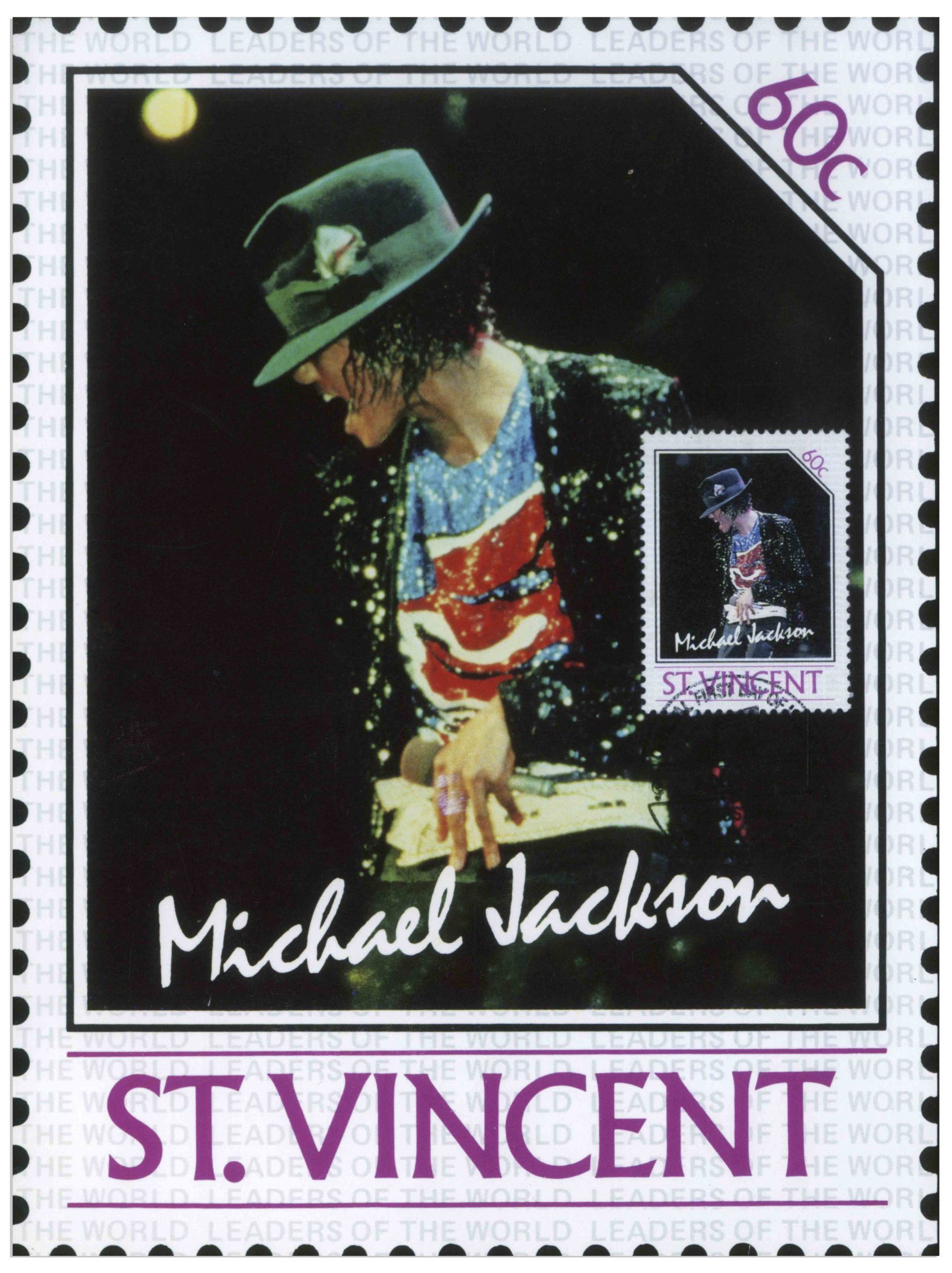 Black fedora stage-worn by the King of Pop, Michael Jackson, during his Victory tour in 1984. The 55 show tour, which began on 6 July 1984, would gross $75 million in profits (the highest-grossing tour of all-time at that point), and showcased Michael's crystal-encrusted glove, black sequined jacket and moonwalk. Another essential part of Michael's iconic outfit was his black fedora with feather accent. This particular fedora was worn on 8 September 1984 at Denver's Mile High Stadium. As stated in the accompanying provenance letter from the original owner - a stage hand for the tour, Michael used this fedora in the first part of performing "Billie Jean". Black felt fedora has traditional crown and pinch with matching black ribbon and signature feather attached to inside of bow. Sweatband reads in gilt, "MADE EXPRESSLY FOR Michael Jackson", "by Maddest Hatter / Los Angeles". Sewn into the liner tip is an emblem for Maddest Hatter, complete with coat of arms. Hat is size 7 3/8. Near fine condition. Lot also includes the owner's ''All Area Access Pass'' for that evening's performance, as well as his pass for the entire tour.