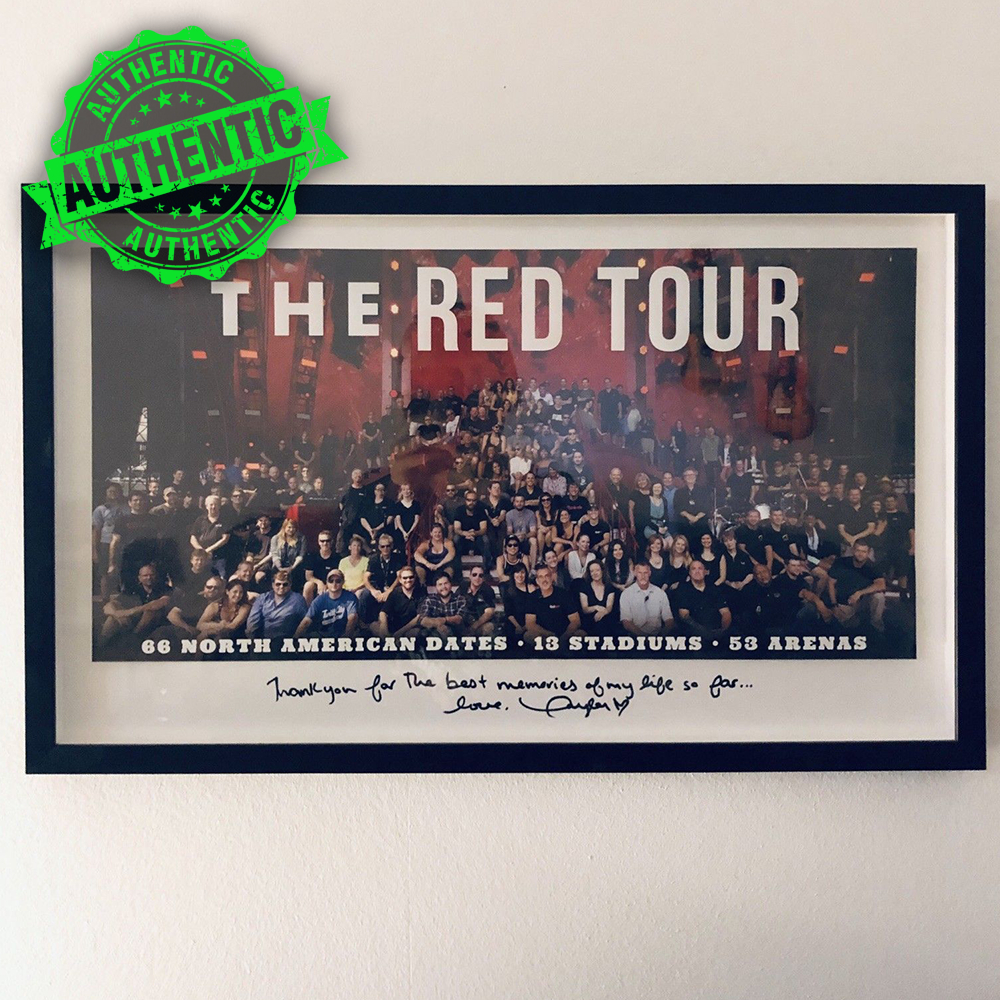 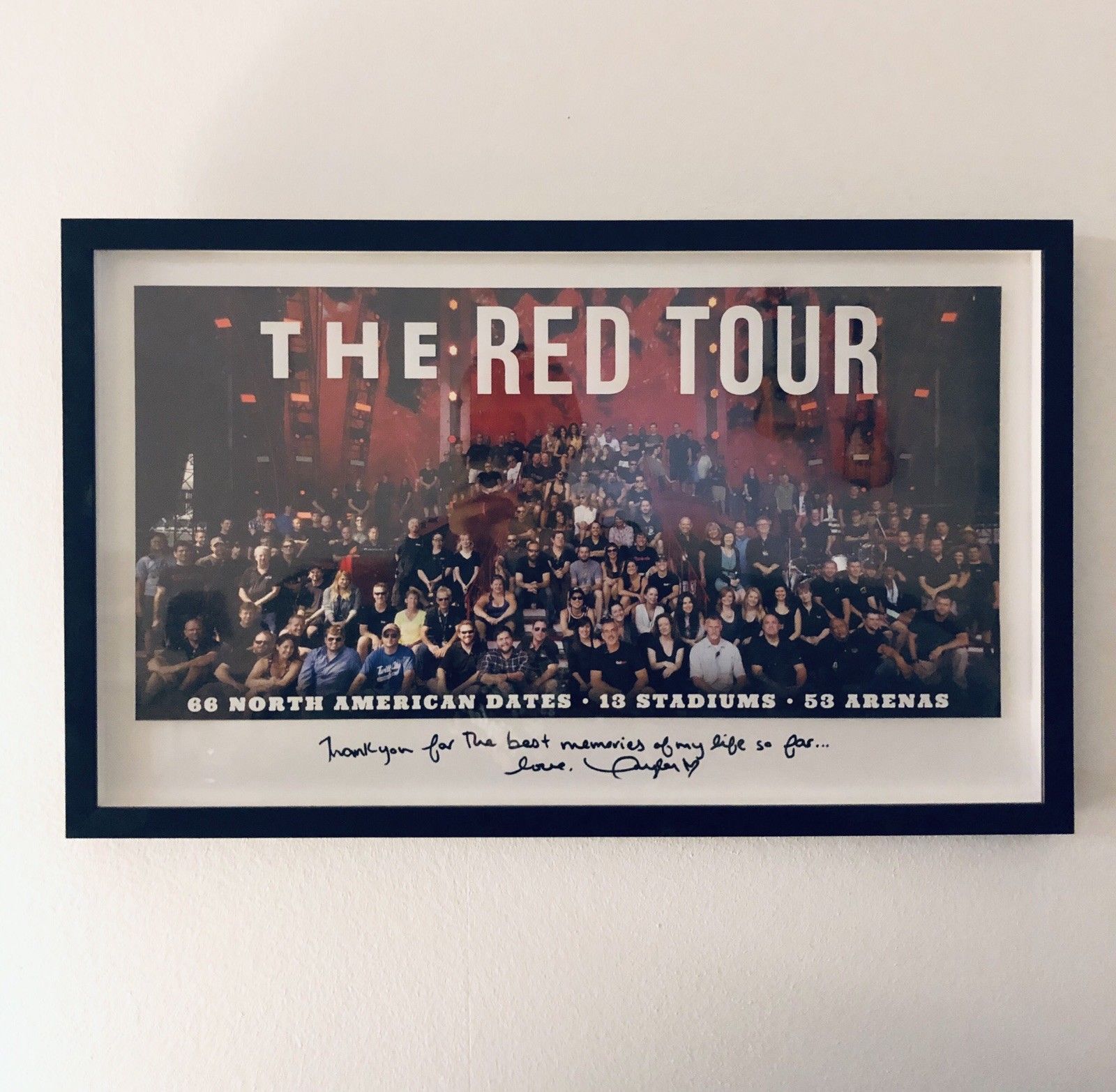 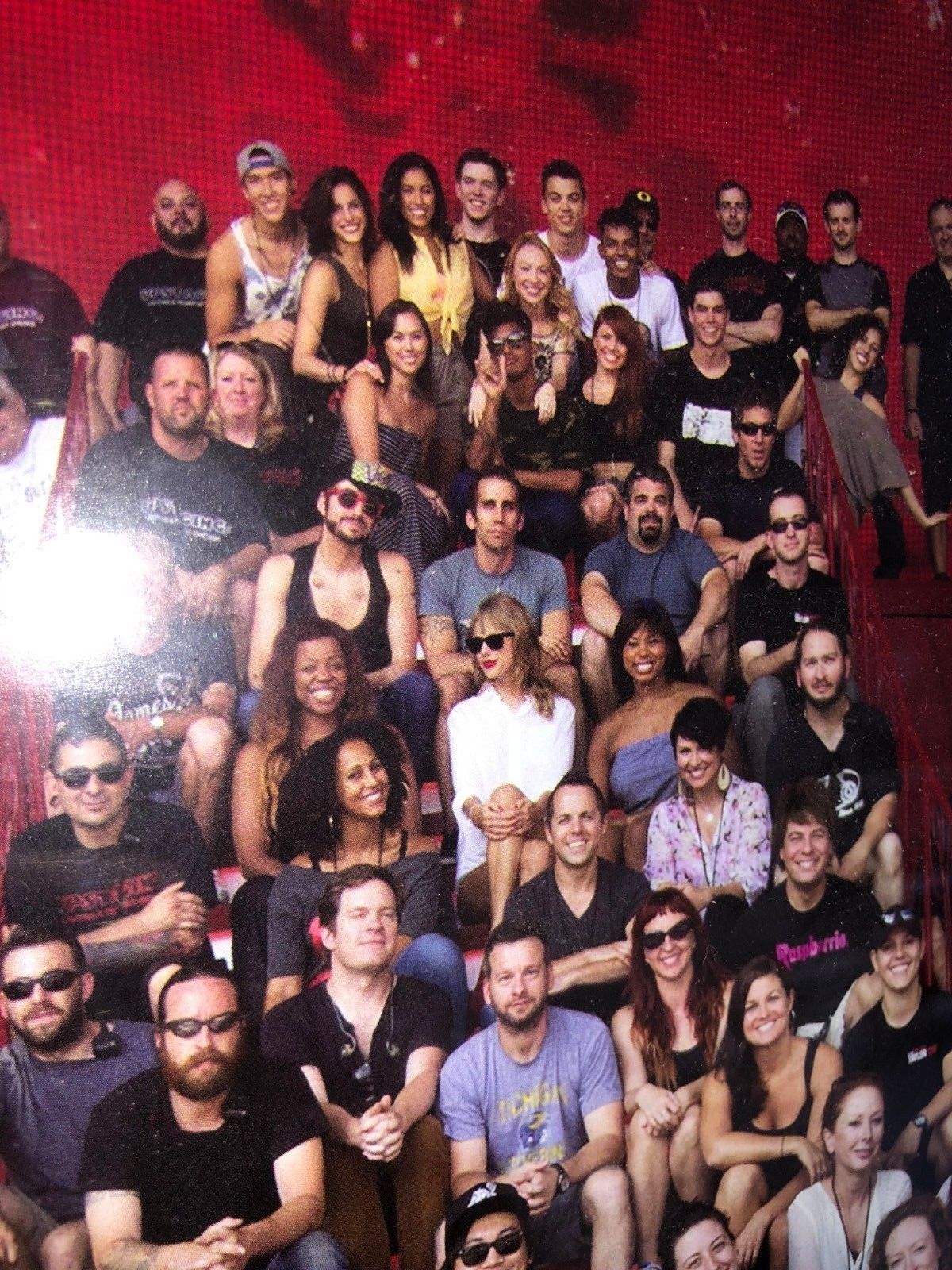 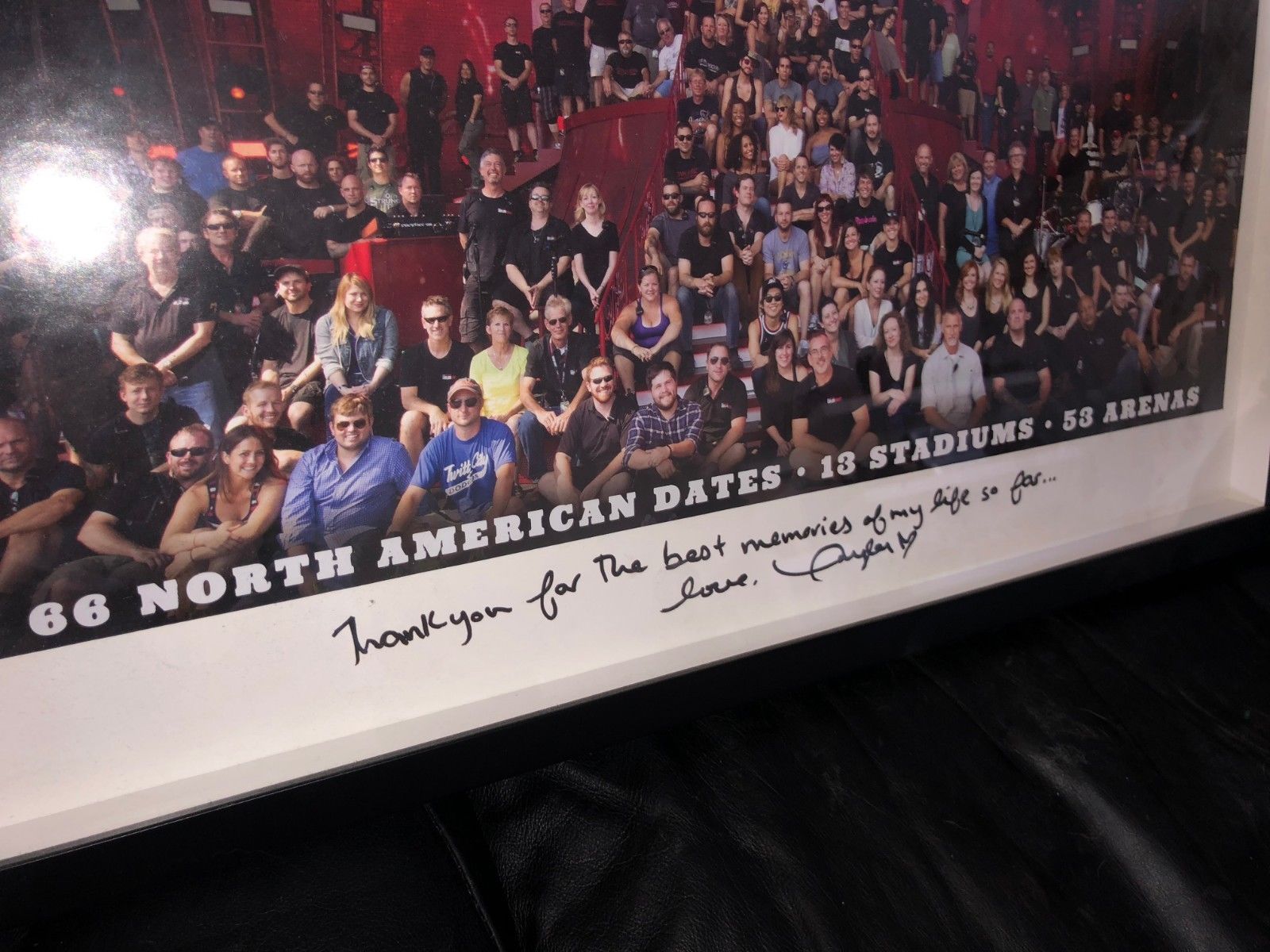 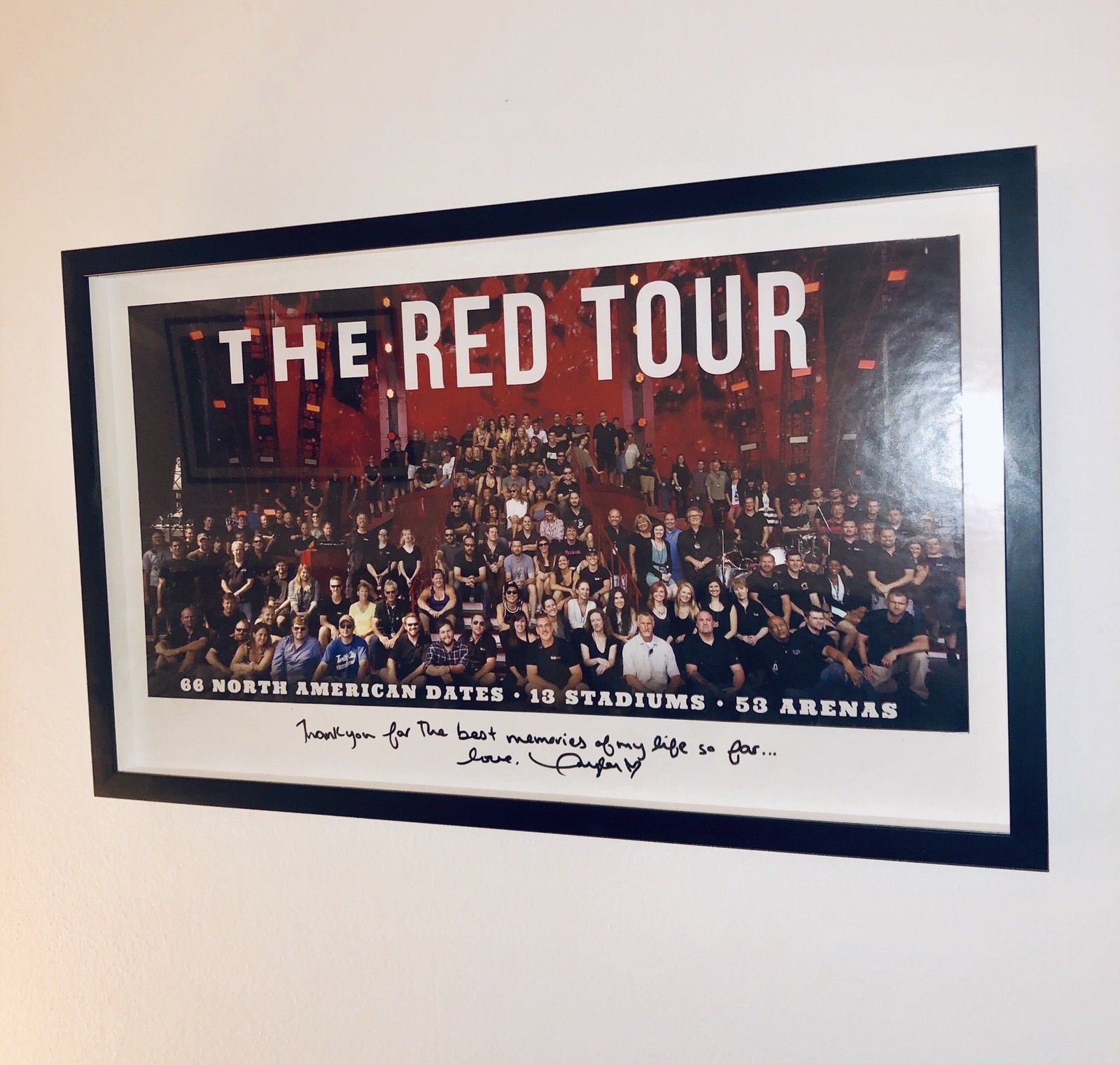 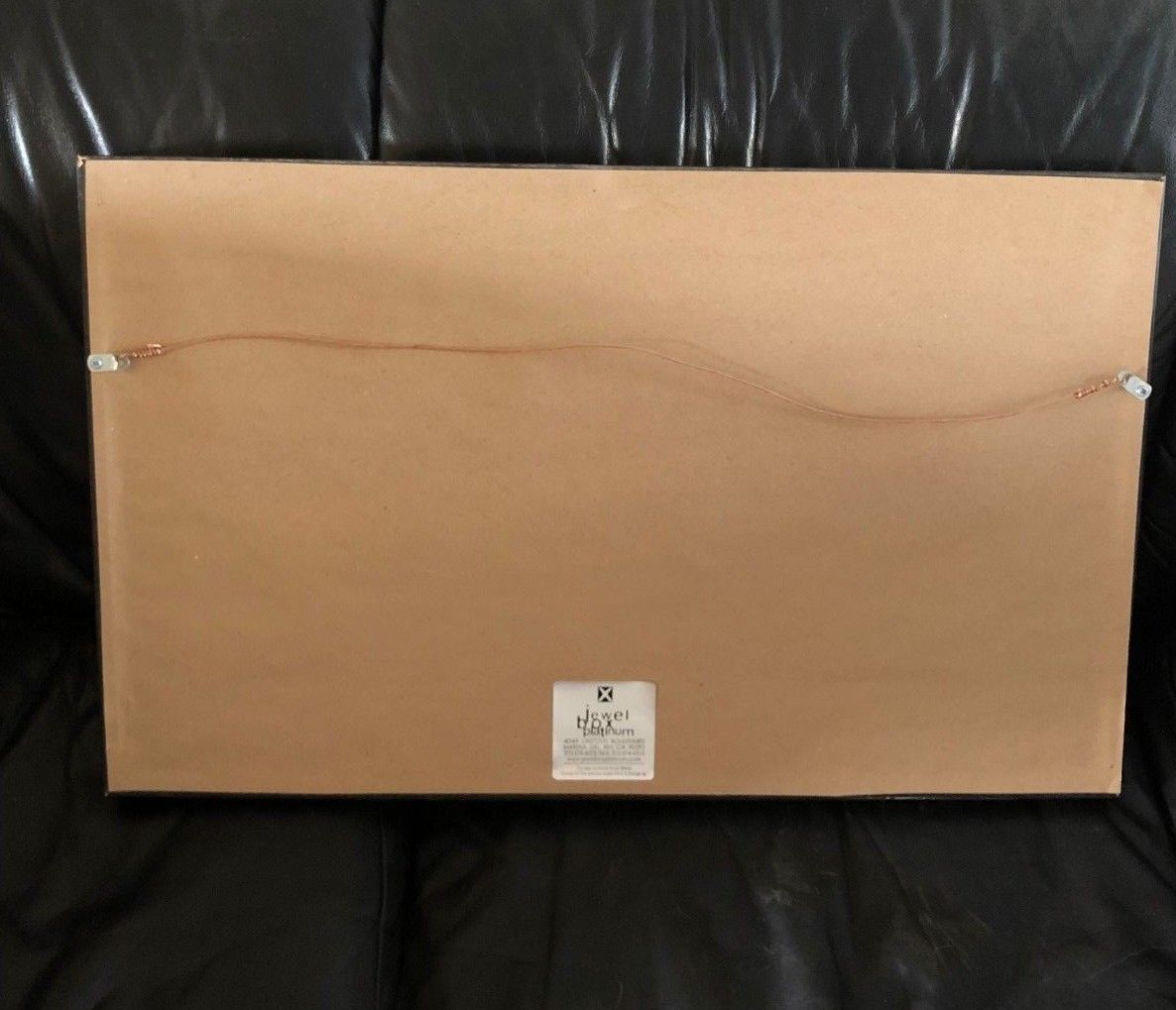 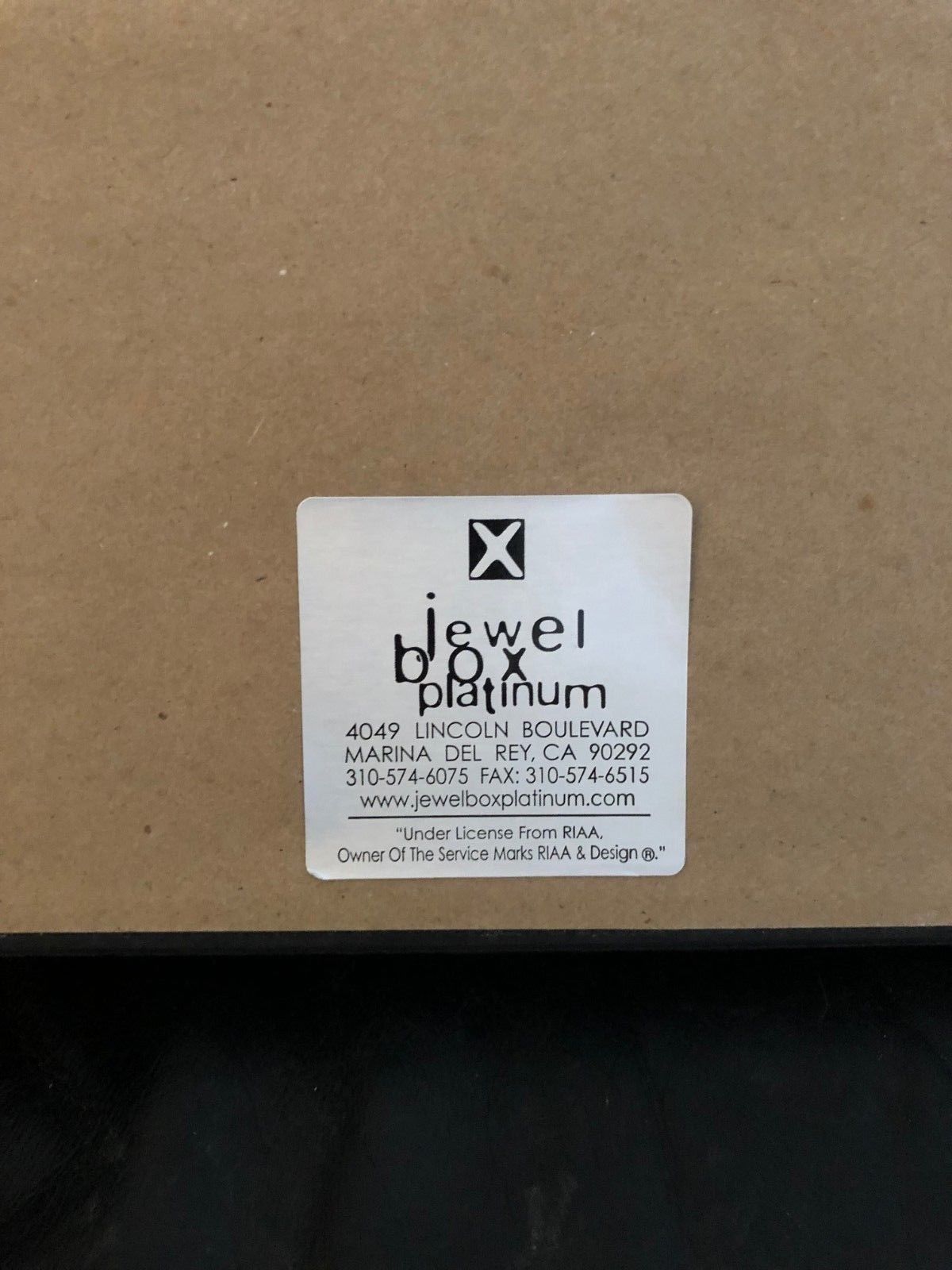 Taylor gifted this picture/frame to her band and crew after the RED Tour ended as a thank you. Picture shows her entire crew along with some RED tour stats. Taylor is seen posing in the middle of the picture. Her parents are in the picture, too. The picture was taken at Soldier Field in Chicago (Where the NFL Team Chicago Bears play). Made by Jewel Box who also produces the RIAA Awards, extremely high quality product. Scott Swift (Taylors Dad) had them all professionally framed for the crew.
The white text (The Red Tour + the stats) are mounted at the inside of the glass, giving this picture a 3D like, shadow box type of feel. It’s a deep frame.
Extremely rare item. I have never seen one for sale before. Only about 175 of these were made and given to the crew. - NEVER available to the general public!
Measures 63 x 39 cm / roughly 25 x 16 inches