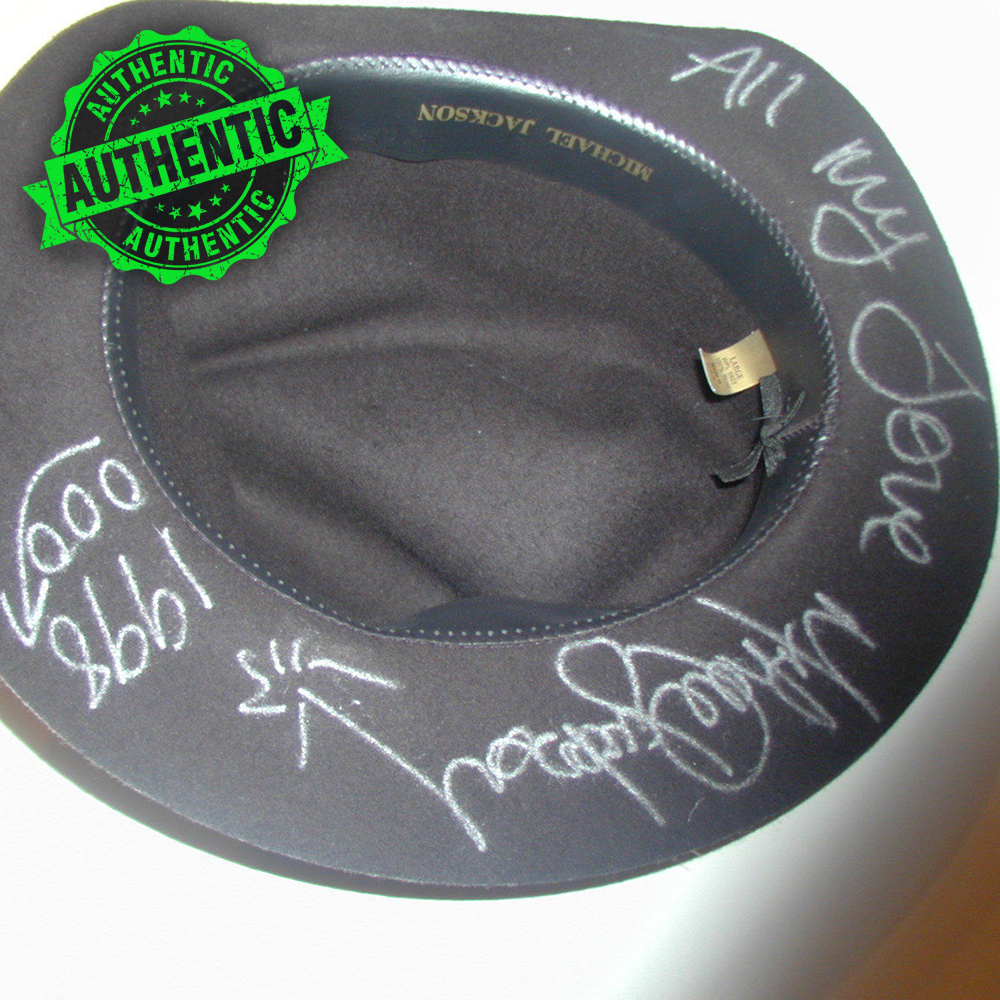 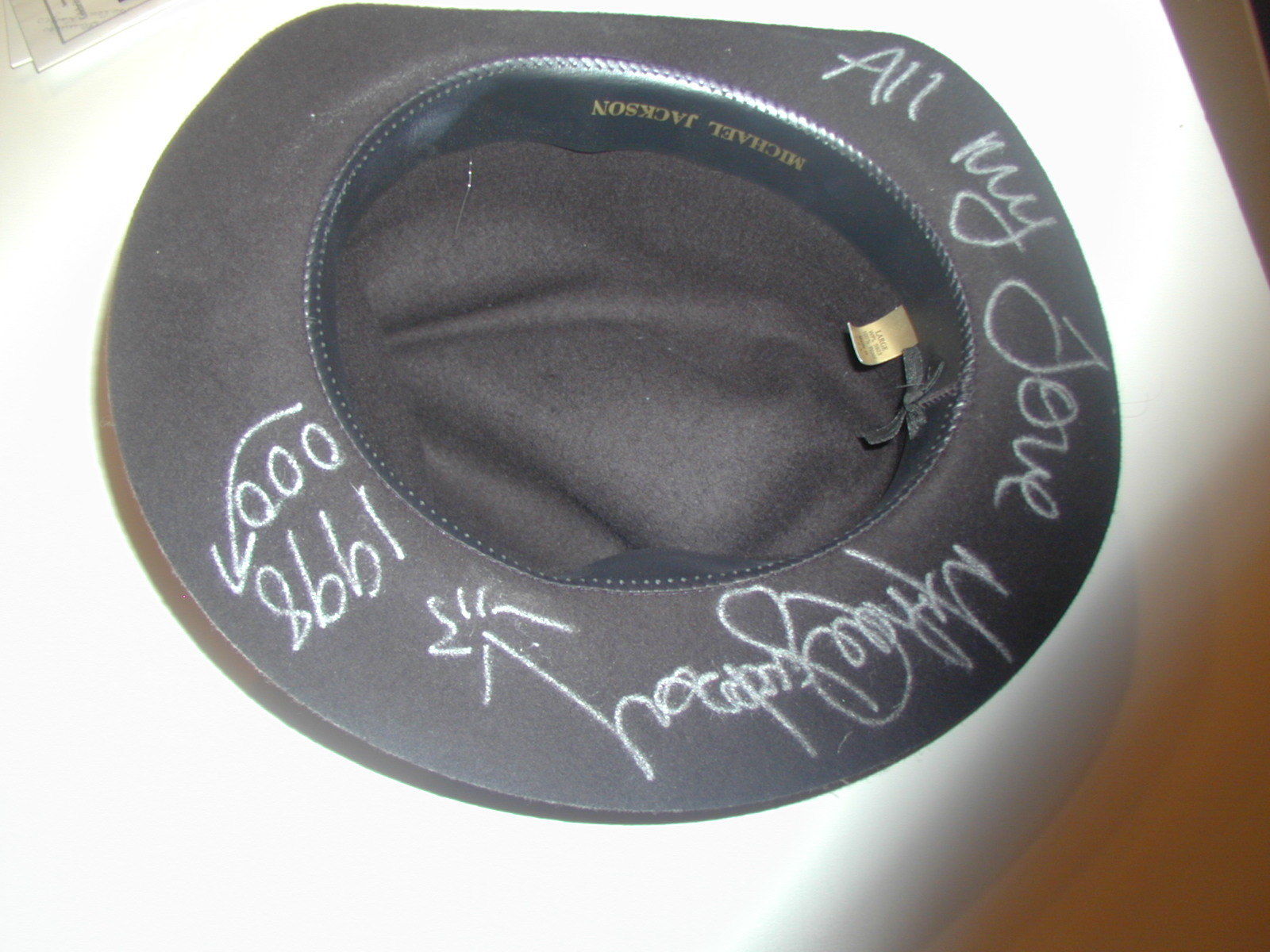 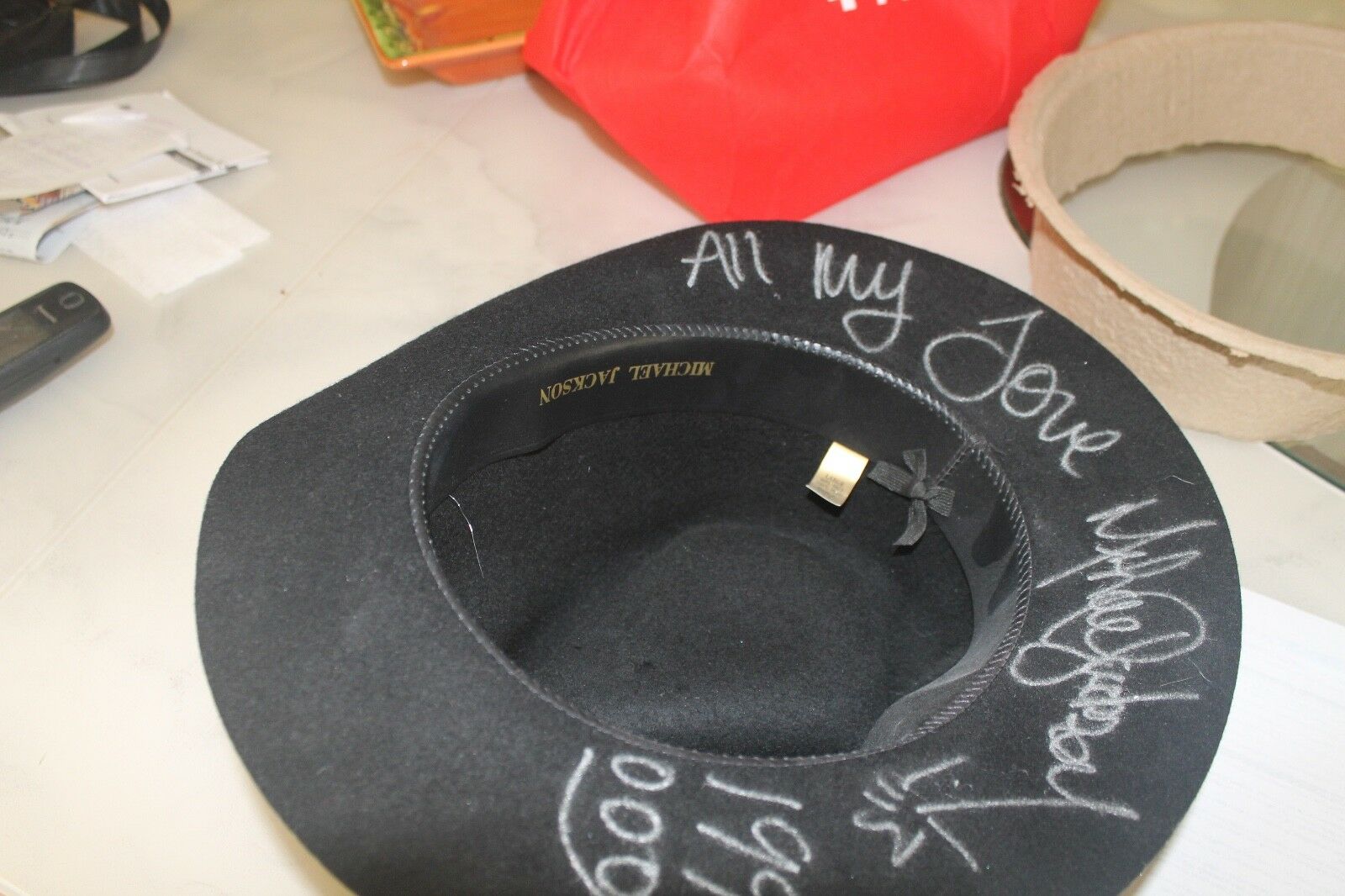 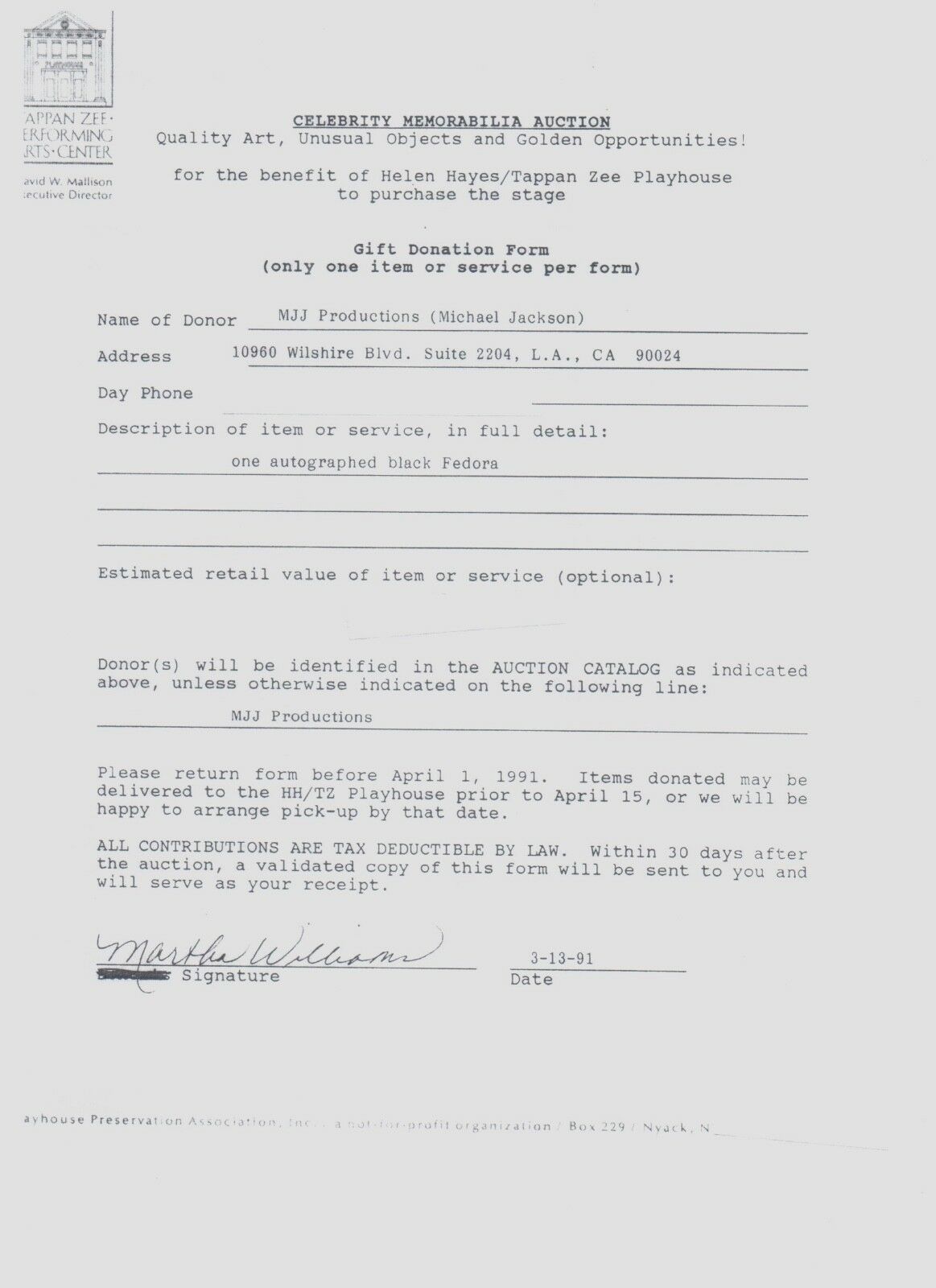 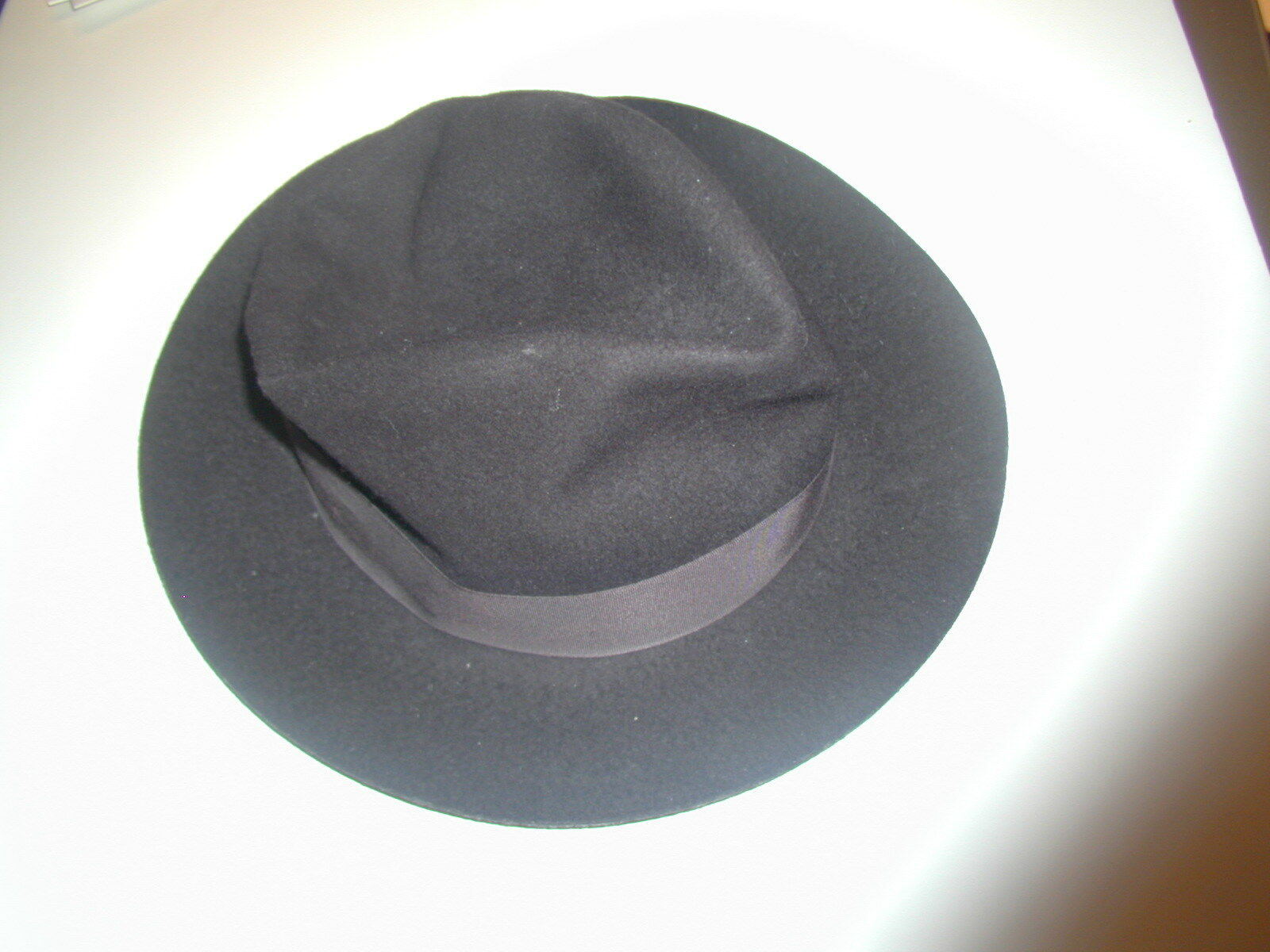 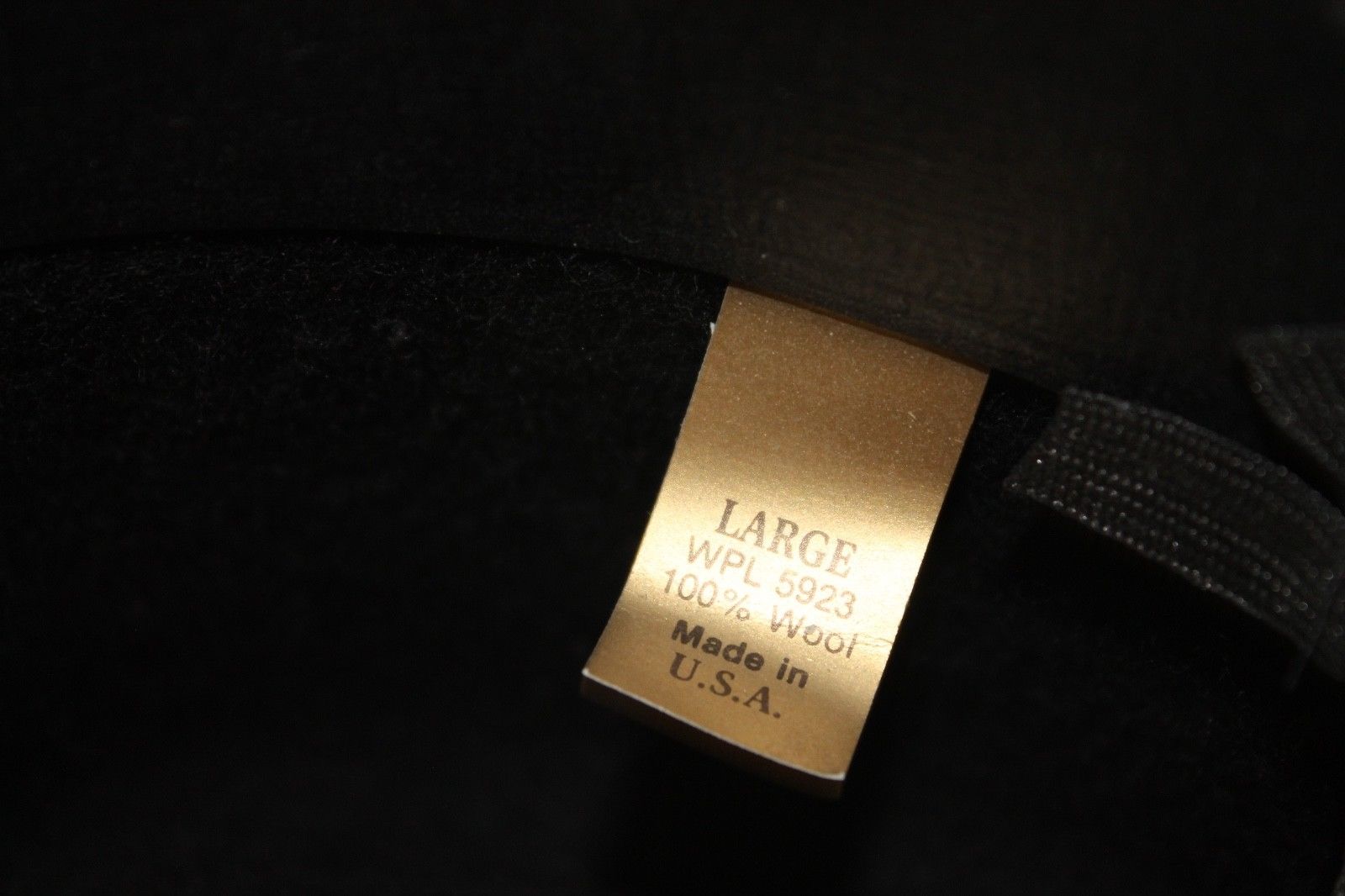 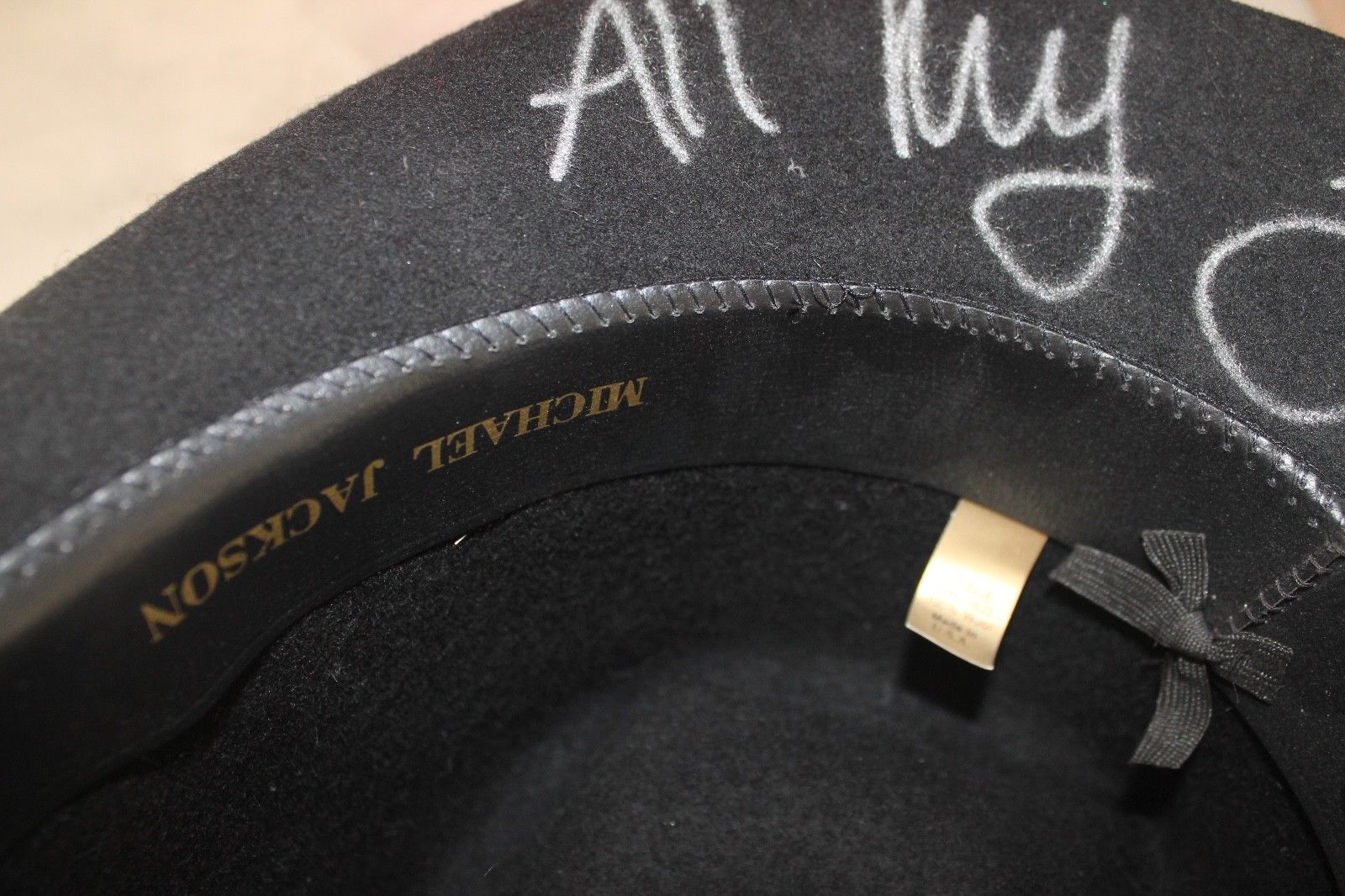 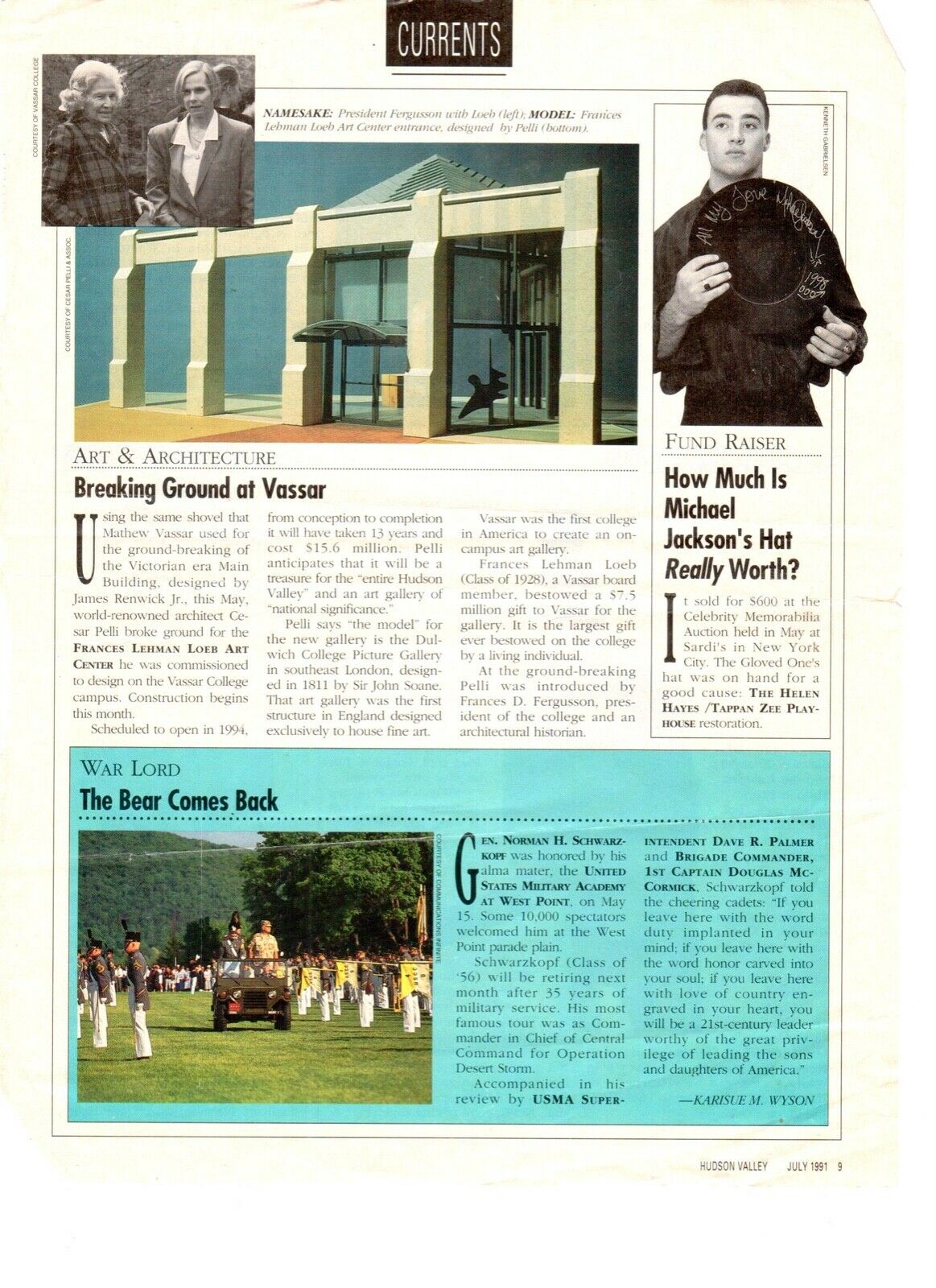 Michael Jackson Personally Owned & Autographed Custom Black Wool Fedora. was sold at auction for the benefit of HELEN HAYES tappan zee playhouse restoration. This amazing piece is a custom black wool fedora, which was personally owned by Michael Jackson. The hat is stamp in the inner hat band reading: "MICHAEL JACKSON" and is boldly signed by Jackson in silver marker below the brim. All my love, Michael Jackson 1998. The fedora was one of Michael Jackson's fashion staples, and he was known to autograph the fedoras and throw, there are a few theories about why he autographed things the way he did, with the date 1998 and the "ooo" upward arrow. It is said that he began signing with "1998" in 1988, and one theory is that he had simply made a mistake, and another is that he was prophesying his death. A more likely theory is that he believed that his career would come full circle within ten years, and that he would have accomplished all he desired by that time. The upward arrow is though to have symbolized moving forward, while the "ooo" is said to represent the complete Godhead-Father, Son and Holy Spirit. It is believed that Michael Jackson was a very spiritual person, and that there was a meaning behind everything he did or said. The fedora is size X-Large, and is in beautiful condition. The piece will also come with a certificate of authenticity. This piece has excellent investment potential, as Michael Jackson is one of the most sought after celebrities in the world of celebrity property and entertainment memorabilia collecting.