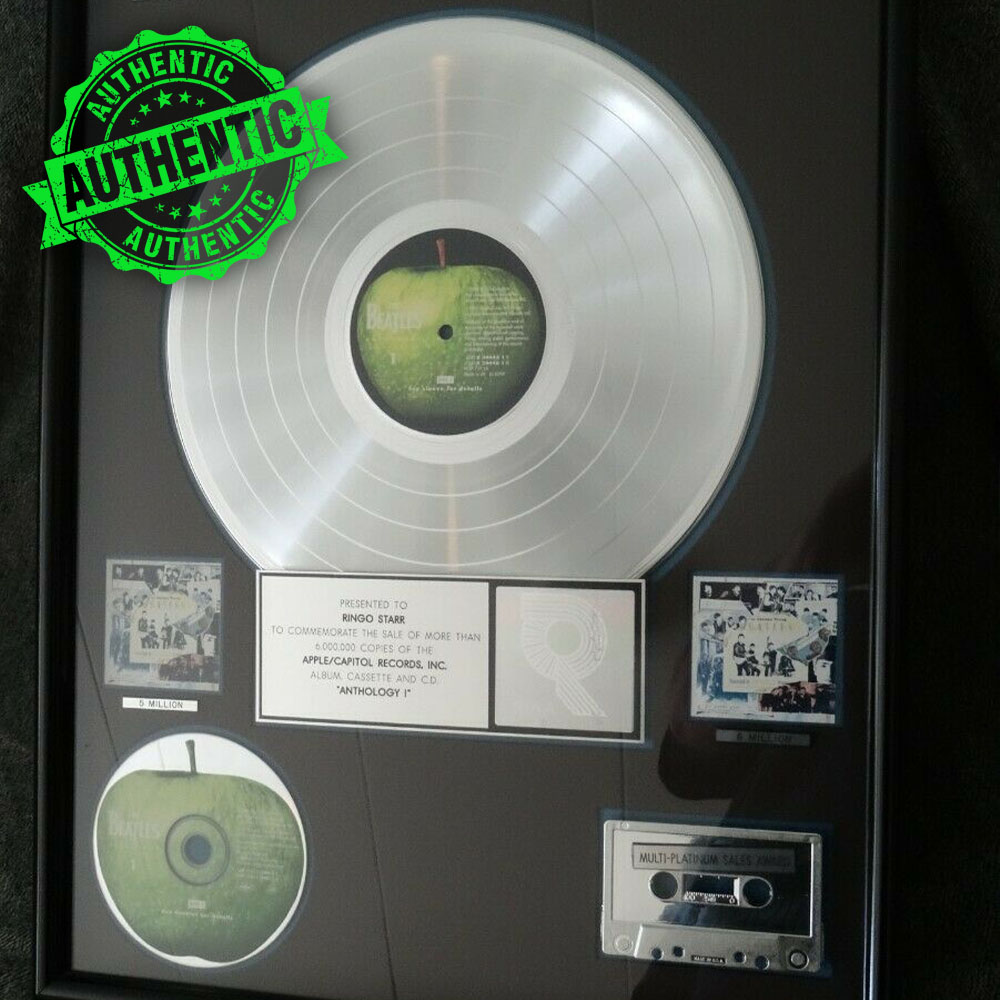 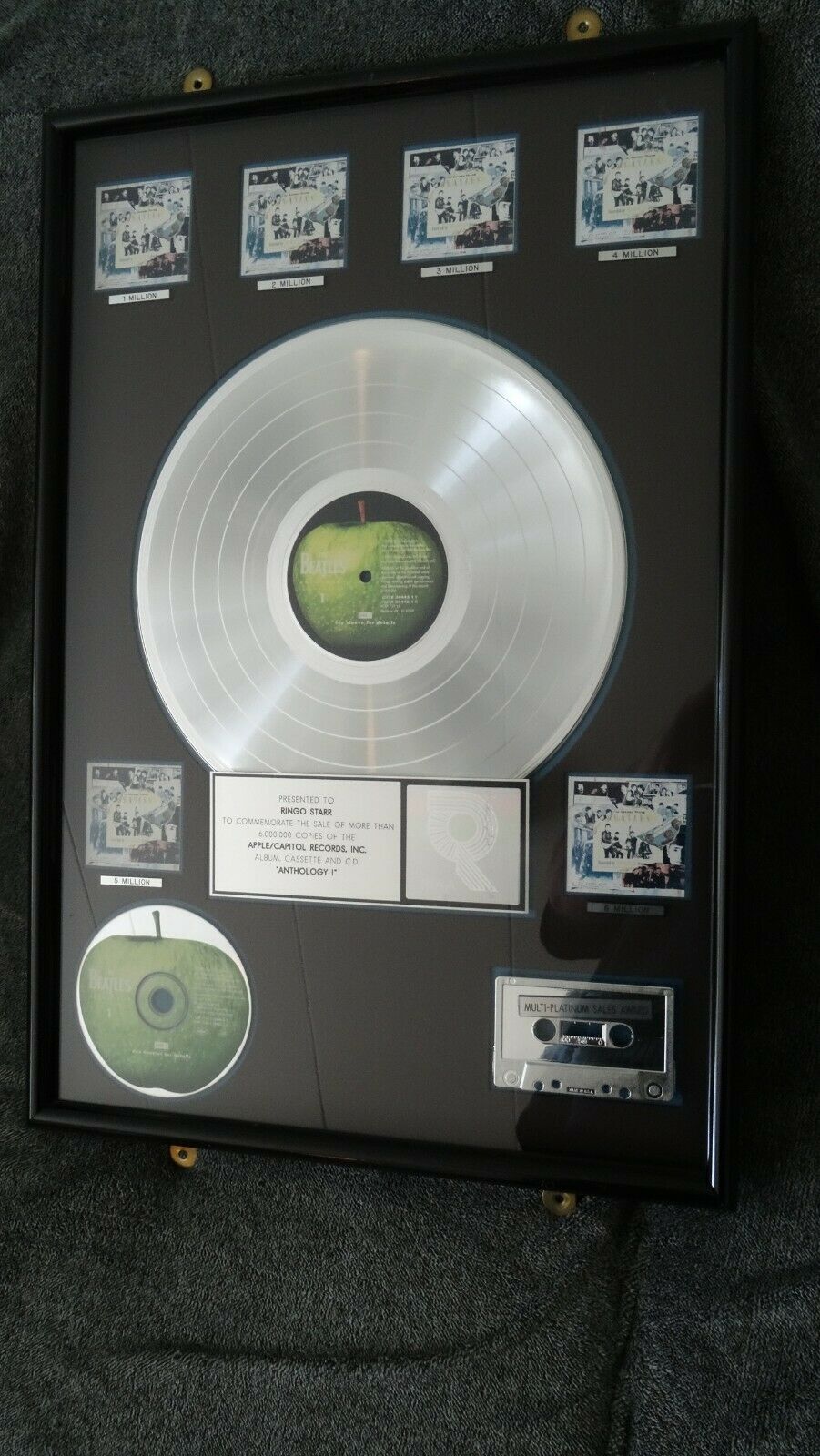 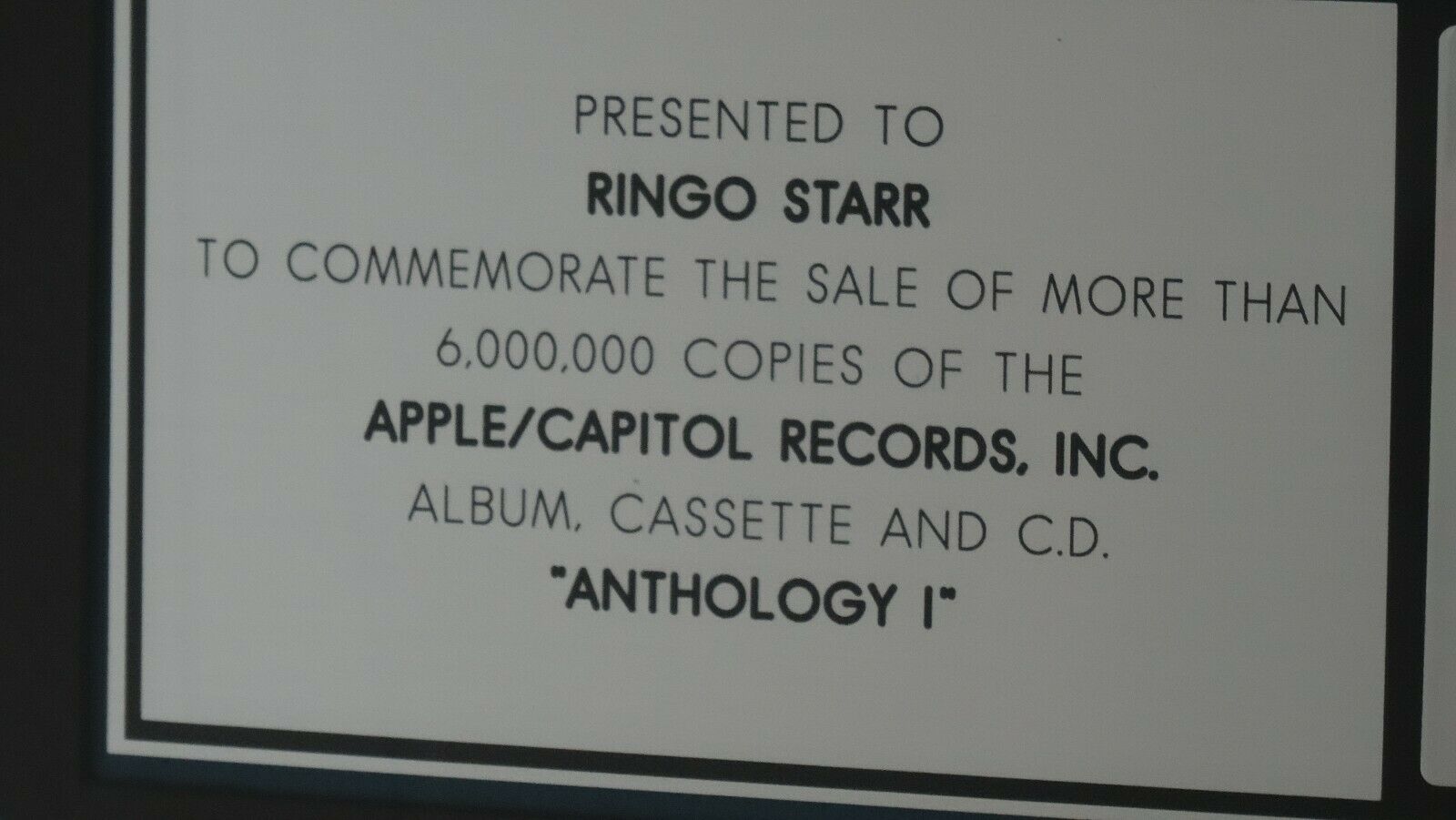 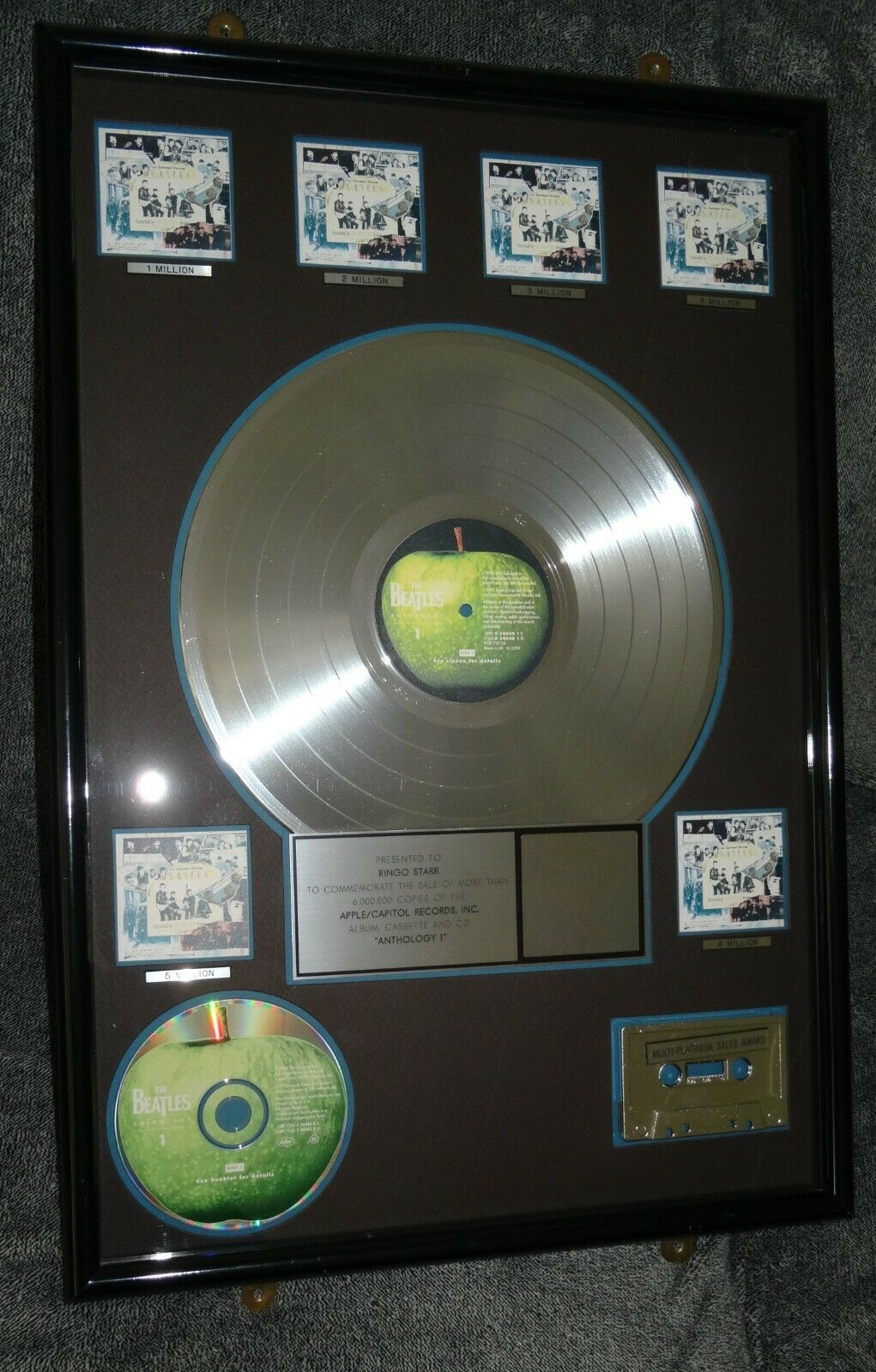 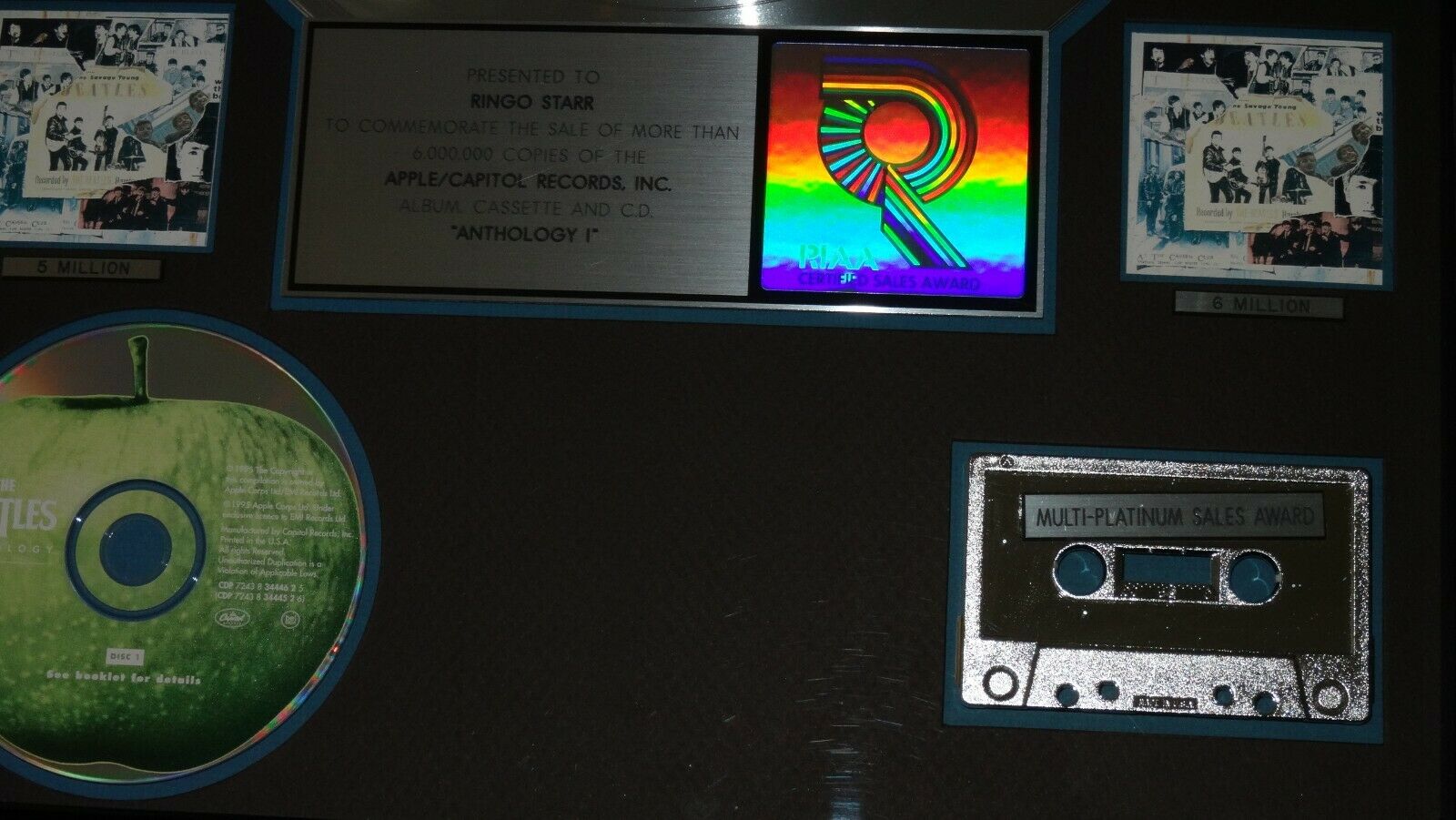 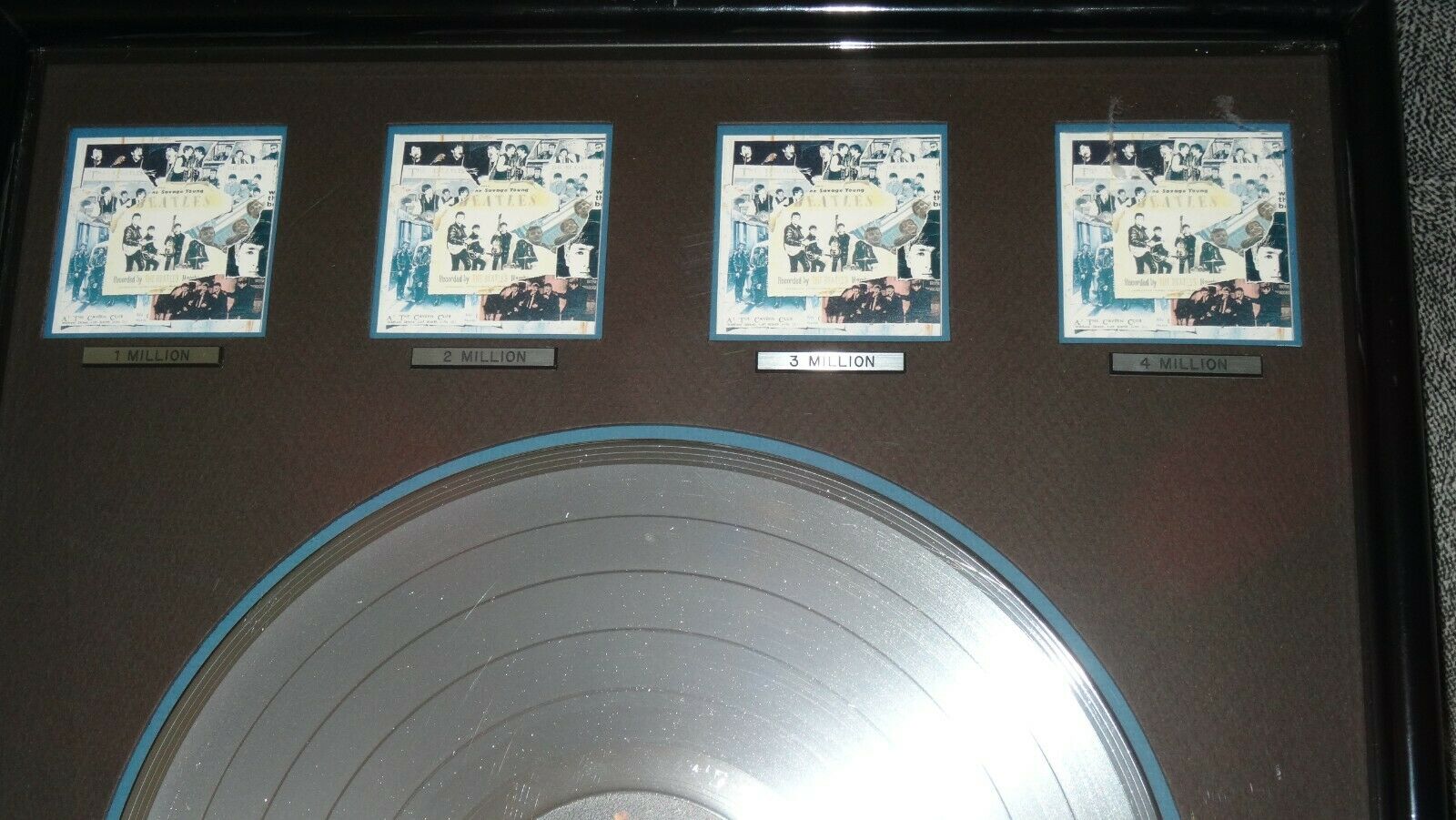 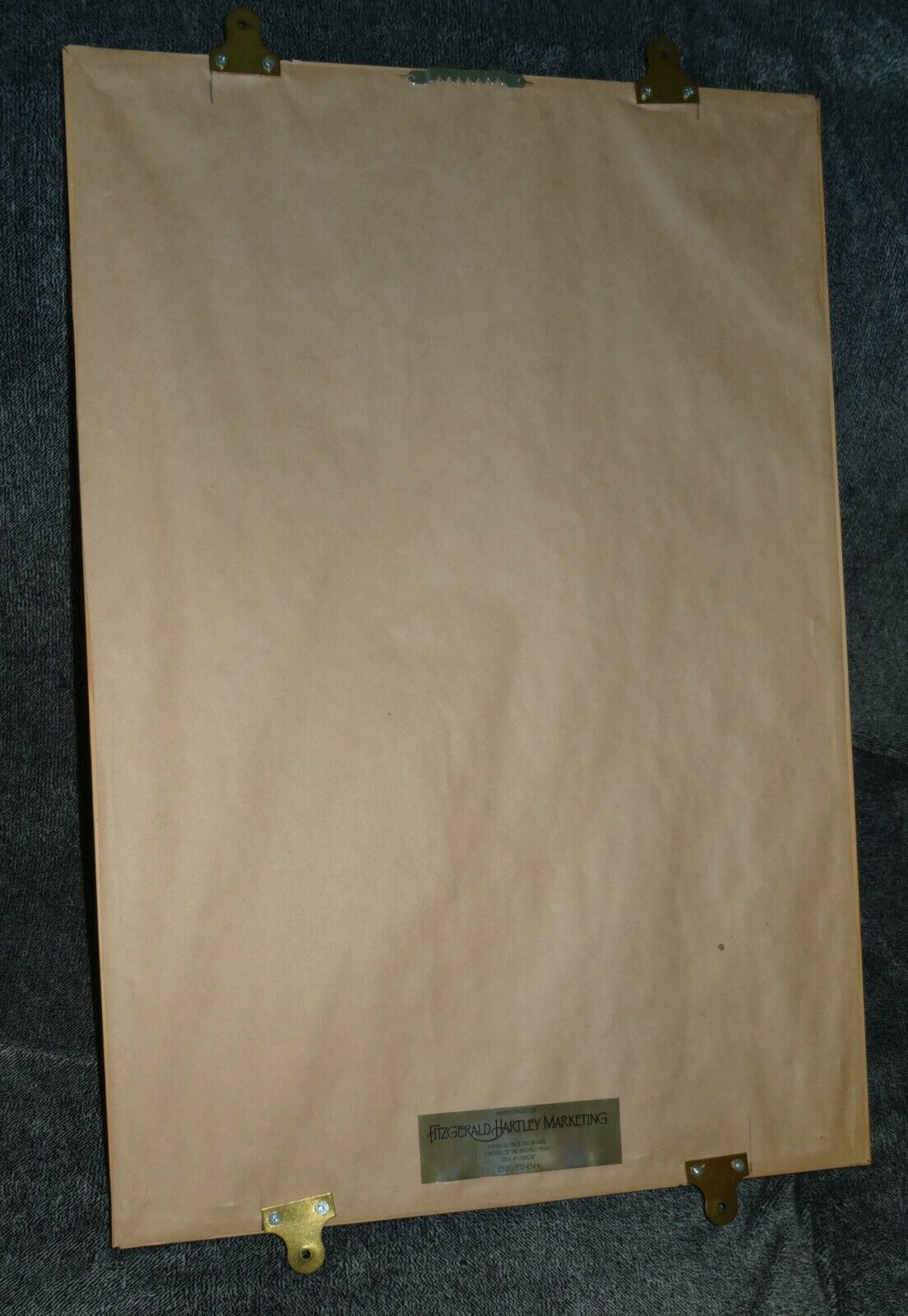 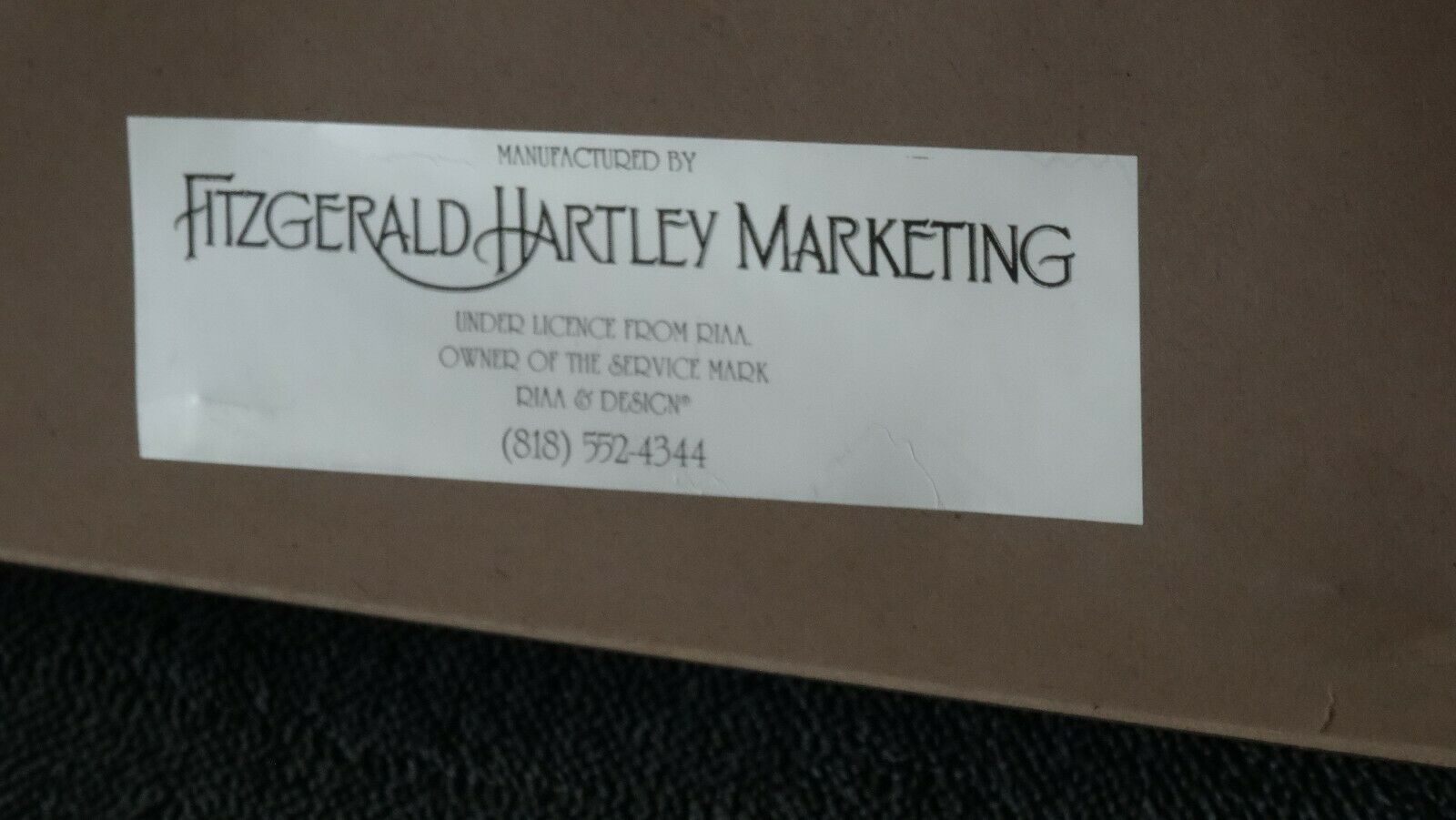 RIAA certified (hologram sticker) 6x Platinum Record Award Presented to ex-Beatle Ringo Starr to commemorate the sale of more than 6 million copies of the album, Anthology I.
Anthology 1 is a compilation album by the Beatles, released on 20 November 1995 by Apple Records as part of The Beatles Anthology series. It features rarities, outtakes and live performances from the period 1958–1964, including songs with original bass player Stuart Sutcliffe and drummer Pete Best. It is the first in a trilogy of albums with Anthology 2 and Anthology 3, all of which tie in with the televised special The Beatles Anthology. It contains "Free as a Bird", billed as the first new Beatles song in 25 years. The album topped the Billboard 200 album chart and was certified 8x Platinum by the RIAA.